What Does Judaism Say About Wine?

Until fairly recently, the question of Judaism’s attitude toward recreational drug use would have been relatively straightforward. Judaism considers the preservation of human health to be among its highest values, and the prevailing opinion among health authorities has long been that recreational drugs are dangerous and lack any medical value. Judaism also mandates respect for the law of the land, and until recently the most commonly used recreational drugs have been illegal.

But in recent years, this has begun to change. As of late 2022, marijuana is legal for medical use in a majority of U.S. states and more than a dozen other countries, and a growing number of states have legalized it for recreational use. Two states, Oregon and Colorado, have decriminalized psilocybin, the psychedelic compound in so-called “magic mushrooms,” with others likely to follow.

Moreover, it’s now generally acknowledged that many commonly used drugs are substantially less dangerous than two widely used legal ones — alcohol and tobacco, both of which cause millions of deaths each year. While drugs like fentanyl, oxycodone, heroin and cocaine would likely be deemed religiously prohibited due to the high risk of death or addiction, many others, like marijuana, psilocybin and even MDMA, pose far lesser risks to human health. Additionally, a growing body of research demonstrates not only that many of these drugs are relatively safe compared to other widely used intoxicants, but that they may be effective in treating a range of mental illnesses and may even be useful tools for spiritual growth.

So if legality and health endangerment are increasingly non-issues from a religious perspective, would Judaism sanction use of any of these substances for recreational purposes?

Ancient Jewish sources do not speak directly to the most commonly used recreational drugs today. Naturally occurring drugs like cannabis, mescaline, psilocybin and the Amazonian psychedelic brew ayahuasca, all of which have been used for sacramental purposes for millennia, were almost certainly unknown to rabbis in the ancient Near East — though some have speculated that kaneh bosem, an aromatic plant that God commands Moses (Exodus 30:25) to use in creating an anointing oil, may in fact be cannabis. Other substances, like LSD and MDMA (more commonly known as the club drug ecstasy), have only been synthesized within the last century.

The drug with which traditional Jewish sources are most familiar is alcohol — and specifically wine, which has been used from ancient times through to the present day in a wide range of Jewish rituals. The weekly Sabbath and most Jewish holidays are begun with a blessing over wine. The holidays of Passover and Purim in particular feature significant consumption of alcohol. Marriage, circumcision, the Havdalah ceremony marking the end of Shabbat — all these involve the sacramental use of wine.

And it’s not solely wine’s ritual use that is discussed in Jewish sources. The Book of Psalms thanks God who made “wine to cheer the hearts of men,” (Psalm 104:15) and the Talmud states one can only rejoice on a festival by drinking wine. Yet Jewish sources were also wise to the dangers of intoxication from alcohol. In the Book of Genesis, Noah becomes drunk and participates in an incestuous tryst (Genesis 9:20-5). The Talmud warns that drunkenness leads to sin (Berakhot 29b).

The dangers of intoxication led Maimonides to declare unequivocally that drunkenness is sinful, shameful and leads to the loss of wisdom. Maimonides banned drinking in the afternoon unless it is with food (since that is less intoxicating). And even on holidays, when it is customary not only to drink wine but to be joyful, Maimonides cautions against drinking too much, declaring that drunkenness is not joy, but frivolity, a position echoed in other Jewish texts.

Is It Kosher to Get High?

As the aforementioned sources suggest, Jewish tradition is not opposed to using intoxicants to foster joy, even if drunkenness is portrayed negatively — and in the case of Maimonides, outright prohibited. Presumably then, with regard to other intoxicants, assuming they are legal and not deemed a threat to human health, consuming them to enhance levity might be considered kosher provided it doesn’t lead to total loss of control or licentiousness.

By and large, however, contemporary Jewish law authorities have not taken this view. An oft-cited ruling on the question of marijuana use from Rabbi Moshe Feinstein, the leading Orthodox religious law authority of the 20th century, declared marijuana use “obviously forbidden,” citing the drug’s risks to mind and body. Feinstein claimed the drug “destroys [one’s] mind, and prevents him from understanding things properly.”

Feinstein died in 1986, and many of his claims about marijuana are debatable. Feinstein famously declined to prohibit cigarette smoking (though he did discourage it) in a landmark 1964 responsum, a position the Rabbinical Council of America said in a 2006 paper ought to be reconsidered in light of what has since been learned about the dangers of tobacco. Whether what we have learned about the comparative risks of marijuana in the same interval should lead to a similar reconsideration of Feinstein’s ban is a question no prominent legal authority has yet addressed.

Using drugs to cure illness or for pain relief is relatively uncontroversial in Jewish tradition, as preserving human health is considered of paramount importance. But using drugs as a spiritual aid presents a kind of intermediary question between pure recreation and physical healing. This kind of usage is not aimed at curing a physical ailment, nor is it aimed purely at enjoyment.

Many ancient religions used mind-altering plants for sacramental purposes, but claims that Jews did so are highly speculative, though some of them are remarkably well developed. Some have suggested that the incense that the high priest burned in the Temple on Yom Kippur may have been psychoactive. Others have noted that the acacia trees that the Israelites took with them to Egypt contained DMT, an immensely powerful psychedelic compound. Among the few pieces of hard evidence is the finding of cannabis residue at the site of an ancient shrine in Israel’s Negev Desert. The Baal Shem Tov, the founder of the hasidic movement, was known to smoke a pipe, about which one of his best-known disciples reputedly asked God “to credit him for all the Torah and mitzvot of his entire life with the same value he gave to the great Baal Shem Tov’s heavenly thoughts when he smoked his pipe.”

In the 1960s, a handful of prominent Jewish thinkers experimented with LSD as a tool for spiritual development and spoke enthusiastically about their experiences. The best-known among them was Rabbi Zalman Schachter-Shalomi, the father of the Jewish Renewal movement, who took LSD with Timothy Leary and grew supportive of the drug’s spiritual potential. “The psychedelic experience can be not only a challenge, but also a support of my faith,” he wrote in 1966. “After seeing what really happens at the point where all is one and where God-immanent surprises God-transcendent and they merge in cosmic laughter, I can also see Judaism in a new and amazing light.”

Rabbi Arthur Green, a leading figure in the havurah movement and later the head of the Hebrew College Rabbinical School, tried LSD a number of times in the 1960s-70s. In an article about the experience he published under a pseudonym, Green wrote that “a lot of the mystical language took on a new life, took on an immediate reality through psychedelic experience. It was almost a translation of the theoretical language in hasidism to direct experiential front of what happened on an acid trip. So I was very grateful for it.”

Despite the prominence of Green and Schachter-Shalomi, mainstream Jewish leaders never got on board with using LSD and other psychedelics for spiritual growth. In response to a query about LSD, Rabbi Menachem Mendel Schneerson, the late leader of the Chabad hasidic sect, wrote in 1964 that using drugs to achieve a mystical state was Jewishly inappropriate.

Biochemistry is not my field, and I cannot express an opinion on the drug you mention, especially as it is still new. However what I can say is that the claim that the said drug can stimulate mystical insight, etc., is not the proper way to attain mystical inspiration, even if it had such a property. The Jewish way is to go from strength to strength, not by means of drugs and other artificial stimulants, which have a place only if they are necessary for the physical health, in accordance with the mitzvah to take care of one’s health. I hope that everyone will agree that before any drugs are taken one should first utilize all one’s natural capacities, and when this is done truly and fully, I do not think there will be a need to look for artificial stimulants.

Schneerson’s position was affirmed two decades later by the Central Conference of American Rabbis, the Reform movement’s rabbinic association, which declared in 1985 that mind-altering drugs “may not be used by Jews to induce a ‘heightened sense of religious awareness’ or to seek a mystical experience.”

In recent years, as psychedelic research has resumed in the United States and the drugs have increasingly gone mainstream, the spiritual and healing potential of psychedelics have again drawn Jewish attention. In 2020, Rabbi Zac Kamenetz founded Shefa, an organization devoted to “providing different avenues of psychedelic support to Jews and their communities.” In the summer of 2022, the group held its first in-person event: a Shabbat workshop featuring “professionally facilitated cannabis-guided experiences framed by Jewish spiritual traditions.” 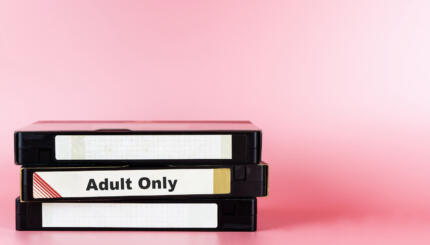 Consumption of adult materials may run afoul of several principles in Jewish law. 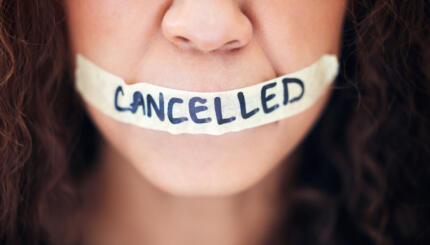 Jewish tradition prizes a multiplicity of voices, but it also considers some ideas too dangerous to circulate freely. 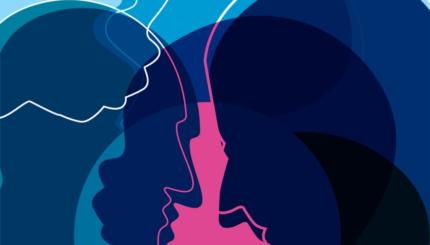 Drug & Alcohol Addiction: How to Get Help

David grew up pretty strait-laced: He was quiet, always had good grades, and even made varsity soccer as a sophomore. ...