Louis Lepke Buchalter (1897-1944) was nicknamed “Lepkele” (little Louis) by his mother. J. Edgar Hoover called him “the most dangerous criminal in the United States.” Born on the Lower East Side of New York, where his family lived in a crowded flat over a small hardware store owned by his father, Louis was the only one of 11 children to embark on a life of crime. One brother became a rabbi, another a dentist, and a third a pharmacist….

By the time Lepke was 18, his family, except Louis, had moved out West. He turned down an older brother’s offer to put him through high school and college and, instead, moved into a furnished room on the East Side.

It was in this brawling neighborhood, that Buchalter embarked on his criminal career. He joined a group of local hoods, who rolled drunks, picked pockets and robbed from pushcarts. His close associate at this time and for the next 30 years, was Jacob “Gurrah” Shapiro, a surly, coarse young man. Just after his 21st birthday, Lepke was sent to jail for stealing a salesman’s sample case. Paroled in 1917, he was back in prison the next year on a larceny charge and was sent up again for two years in 1920.

Upon his release he turned his talent to labor racketeering. Buchalter commanded an army of gangsters who extorted millions of dollars from his victims. Their weapons were destructive acids, bludgeons, blackjacks, knives, fire, icepicks, and guns. For a fee Buchalter protected manufacturers from strikers and unionization of their shops by intimidating workers and using strong-arm tactics. He also forced unions to do his bidding by installing his own business agents or by creating rival unions….

Buchalter’s system worked, and he became a legend. The few men who failed to heed the gang’s orders or who dared to go to the police with their stories suffered “destruction, acid throwing, mayhem and murder.” In the same way that he gained control over the unions through terror, Buchalter moved into legitimate business. Those who tried to fight him found their plants wrecked or their stocks ruined by a special Buchalter task force, expert in the art of acid throwing. When a manufacturer surrendered, Buchalter would place his men in the factory as managers, foremen, and bookkeepers.

In his private life Buchalter was a devoted family man who rarely drank or gambled, and he never raised his voice.

By 1932 Buchalter dominated a wide assortment of industries in New York, including the bakery and pastry drivers, the milliners, the garment workers, the shoe trade, the poultry market, the taxicab business, the motion picture operators and the fur truckers.

At the pinnacle of his power Buchalter was the feudal lord of New York’s underworld. His reputation through gangland was that he never lost his temper, but his own men feared him. They called him “The Judge,” sometimes “Judge Louie.” One associate, Sholem Bernstein, summed it up for all when he said, “I don’t ask questions, I just obey. It would be more healthier.”

In 1934 Buchalter helped to organize the “Syndicate.” Its creation converted the scattered, unconnected mobs in New York, Chicago, Kansas City, and other cities into a smooth-working, tightly-bound business. On the early board of directors of this confederation of crime bosses were Buchalter, Johnny Torrio, Frank Costello, Lucky Luciano, Joe Adonis, “Bugsy” Siegel, and Abner Zwillman. They decided that this would be a loose working confederation, with each boss having his own territory and with the regional chiefs sifting together on a board of directors. The board would dictate policy and handle all negotiations on the inter-mob level.

It was Lepke who campaigned for a special enforcement group to keep the peace and ensure that the Syndicate’s decisions were carried out. Sometimes referred to as Murder Incorporated, this crack corps of killers was made up primarily of Jews from the Brownsville, East New York and Ocean Hill neighborhoods of Brooklyn. They became the “official” execution squad for the Syndicate….

In 1941 Lepke was indicted for the killing of Joseph Rosen, a garment trucker whom Lepke had driven out of business. Buchalter was the only top underworld figure of his generation to be tried, convicted and executed for murder. He died at Sing Sing Prison on March 4, 1944.

Meyer Lansky (Suchowljansky) (1902-1983) was frequently mentioned by law enforcement officials as being one of the kingpins of organized crime in the United States. Since the 1920s he was linked with names like Bugsy Siegel, Longie Zwillman, Lucky Luciano, Johnny Torrio, and Frank Costello. His alleged gambling empire was at one time said to encompass Florida, the Caribbean Island, and Las Vegas. Although he was indicted numerous times, Lansky was convicted only once in 1953 on a gambling charge, and he served three months in jail.

In 1971 Lansky applied for Israeli citizenship. His application was rejected on the grounds that “he was a person with a criminal past, likely to endanger the public welfare.” Lansky had long been associated with Jewish causes, and despite this rebuff, he remained a strong supporter of Israel and of Jewish philanthropies. He died of lung cancer in 1983, in Miami’s Mount Sinai Hospital.

Arnold “The Brain” Rothstein (1882-1928) was the pioneer big businessman of crime in the United States. Rothstein was born in New York City, the son of a respected, middle-class Jewish merchant The elder Rothstein was versed in religious and Hebrew classical literature, was something of a philanthropist, and was chairman of the board of New York’s Beth Israel Hospital. Arnold never achieved the kind of respectability his family hoped he would, but he did exceed their expectations in another area: By the time he died he had amassed a fortune estimated to be in the millions of dollars.

Rothstein understood the logic of coordination and the potential of organized crime. He is most remembered as the man allegedly responsible for the “Black Sox scandal,” the attempt to fix the 1919 baseball World Series between the Chicago White Sox and the Cincinnati Reds. However, that was really small potatoes for him. It was Rothstein who, during the 1920’s, put together the largest gambling empire in the United States and controlled most of the gangs in New York, as well as that city’s traffic in bootlegging, narcotics, and gambling.

Rothstein attempted to bring order to the extreme competition prevailing in the bootlegging business. He supplied money, manpower, and protection; and if things went wrong, he was ready to provide bail and attorneys.

Rothstein moved freely in all circles, from politicians and statesmen to bankers and bums. On his payroll at one time or another were gangsters such as Waxey Gordon, Jack “Legs” Diamond, Lepke Buchalter, Albert Anastasia and Frank Costello (who later rose to become a “boss” of the mob and the star attraction of the Kefauver Crime Committee Hearings), as well as a goodly number of public officials.

So successful was Rothstein in organizing criminal enterprises and staying out of jail, that Damon Runyon dubbed him “The Brain.” And his fame was such that he was immortalized during his lifetime by F. Scott Fitzgerald in The Great Gatsby as Meyer Wolfsheim. Despite this notoriety, Jewish community leaders in New York asked for (and received) his help in settling a strike in the garment district in 1926.

Rothstein’s life of crime, for which he never spent a day in jail, ended when he was shot to death in New York’s Park Central Hotel. True to his underworld creed, he refused to divulge the name of his assailant before he died. The final irony was that Arnold (like Lansky) received an Orthodox Jewish funeral. 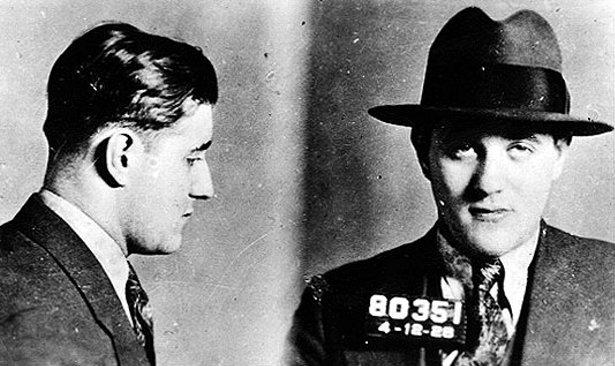 Benjamin “Bugsy” Siegel (1905-1947) was the archetypal movie mobster: handsome, hotheaded, ambitious and ruthless. A petty thief and muscleman who rose to become a crime lord, he played an important role in New York City’s underworld activities during the 1920s and 1930s. He became a member of the East Coast crime syndicate’s board of directors at the age of 28.

Siegel established the beachhead of organized crime in California and opened Las Vegas for the mob. He recognized the tremendous opportunities for profit from legalized casino gambling in Nevada and with Syndicate help built the Flamingo Hotel. After it was built, however, he tried to keep most of the profits for himself. This defiance of the Syndicate was to cost him his life.

On a June evening in 1947 someone pointed a rifle at Siegel’s face as he sat in the apartment of his girlfriend, Virginia Hill, and pumped three bullets into his head. Siegel thus had the distinction of being the first member of the Syndicate’s board of directors to be executed by one of his own.

Reprinted with permission from Jewishgates.org. 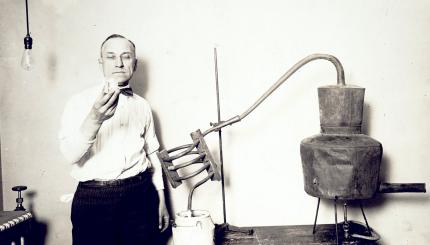 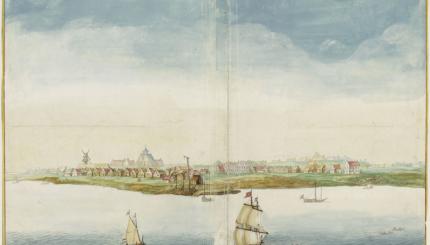