In American Jewish society a joke has emerged over the past decades that supposedly summarizes all Jewish holidays: “They tried to kill us, we won, let’s eat!”

It’s no secret that typically, Jewish holidays involve a lot of food. What is more of a secret, is the reason many Jewish holidays are celebrated for an additional day by some Jews outside of Israel.

The Torah lists Shavuot, along with Rosh Hashanah and Shemini Atzeret, as a single day holiday. Therefore, following the word of the Torah, in Israel Shavuot is celebrated for one day. Yet, in the Diaspora, these holidays are observed for two days.

Is the extra day in the Diaspora just an excuse for more blintzes and cheesecake? Actually, the reason is much more complex. Though the extra cheesecake is a definite bonus.

Back to Ancient Times

In antiquity, the dates of all Jewish holidays, including Shavuot, were calculated according to the moon (this is called the lunar month). The day of a new moon signalled the start of a new month. Because the moon cycle lasts around 29.5 days, some months began 29 days after the previous month, and some months began 30 days after the previous month. Back then, the date of the new moon could not be calculated, but rather, had to be observed — the new moon being the first tiny sliver of a moon in the sky, barely visible to the eye. Jewish law required that the Jewish governing body in Israel receive sworn testimony from two eyewitnesses and only then could a new month be declared.

Once the new month was declared official in Israel, the message was spread to Jewish communities outside of Israel so that all Jews everywhere would follow the same calendar. Originally, huge bonfires were lit on specific mountaintops and lookouts stationed on other mountaintops would see the fires and then light their own, creating a chain of communication to all communities worldwide. This method of spreading the news allowed for Jewish communities both in Israel and in the Diaspora to know when to celebrate the Jewish holidays.

As clever as this method was, preparation for Jewish holidays certainly must have been complicated with no advance warning for when a holiday would begin! Further, the Samaritans, a group who denied rabbinic authority and constantly tried to adamantly go against the Jews, began lighting fires on the wrong days in order to mess up the Jewish calendar. Cruel, right?

This situation forced the end of the fire-on-mountaintop new month announcements, and instead, to eliminate confusion, individuals on horseback rode to Jewish communities to announce the new month. This process took a long while and by the time the message got to Diaspora Jewish communities, especially for holidays that happen on the first day of a month, the holiday would already have been over. Therefore, it was decided that Diaspora communities would celebrate major Jewish holidays for two days instead of one to make sure they celebrated holidays on the same day as Jews in Israel.

While that history is interesting, it is a story of the past. Today, astronomers can predict the exact day and time of the new moon and the new month.

But to this day, Jewish communities outside of Israel still celebrate major holidays for two days, while Israel celebrates for one, to honor the tradition of the past.

According to the Talmud, Jews in the Diaspora are still obligated to observe a second day in case a doubtful situation should arise again. In other words, although we no longer need to doubt the calendar, it is possible that in the future something else could come up which might create doubt about the holiday and therefore observing two days is precautionary.

There is also a view that because Israel is the holy land, the Jewish holidays can be held there in one day as the Torah commands. However, in the Diaspora, Jews are farther away from the holiness and in order to fully take in the spiritual meaning of holidays, two days are required.

Today, most streams of Judaism prescribe two days outside of Israel. However, the Reform community celebrates only one. If you are one of those who celebrates for two days, enjoy those extra blintzes, even if that isn’t the reason for the extra day! 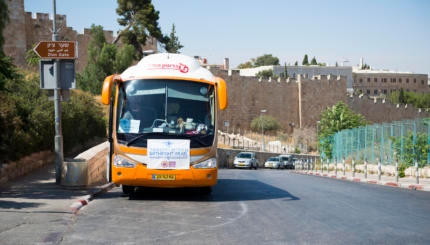