The High Priest (Kohen Gadol in Hebrew) was the chief of the officiating priests in the ancient Temple in Jerusalem. The High Priest was a member of the priestly caste, the kohanim, that descended from the biblical figure Aaron.

The principle function of the High Priest was the performance of the Yom Kippur service in the Temple. The process, described in the book of Leviticus, requires the High Priest to bathe himself and dress in special linen garments to attain atonement for the people of Israel. Yom Kippur was also the one day of the year when the High Priest was permitted to enter the Holy of Holies, the Temple’s innermost sanctum, where he sprinkled the blood of sacrificial animals.

The Book of Leviticus 21:10-14 specifies a number of restrictions that apply to the High Priest above and beyond those that apply generally to all kohanim. Most notably, the Torah bars the High Priest from drawing near to any dead body, including those of his parents. While kohanim are in general barred from coming into contact with the dead, the prohibition does not extend to close relatives.

Maimonides elaborates on the qualifications of the High Priest and the restrictions on his behavior. He was to exceed the other priests “in beauty, strength, wealth, wisdom, and appearance.” And if he lacked wealth himself, he was to be granted wealth by his fellow priests until he became the richest among them. He must also abstain from frivolity and ensure proper comportment. He should never be seen naked. He should never attend a public feast. And his deputy should place himself between the High Priest and the people. 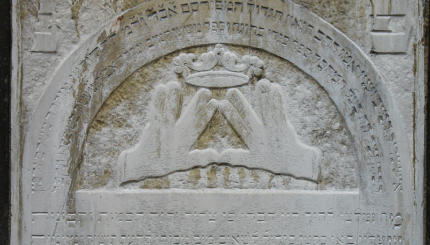 Without the Temple, what do they do?