The following article is reprinted with permission from SocialAction.com.

As Israel stands by the Jordan River, God tells Moses of the tribes’ inheritances in Canaan. In chapter 35 of the Book of Numbers (B’midbar), God announces the inheritance of the Levites. Their inheritance is quite different than that of the other tribes: they are to be city dwellers.

God is quite specific that the cities given to the Levites must be cities surrounded by open space. The medieval commentator Rashi notes that there must be not just space around the cities, but that some of it must be unused space. He says:

And “open space” — this means a space of open area outside the city, around it, to be an ornament to the city. They are not permitted to build there a house, nor to plant a vineyard, nor to sow any seeds.

The cities of the time were small and densely packed with people. People lived very close together, and the sanitation was not something with which we contemporary people would be content. Most importantly, those residing in these cities would be living in a manner different than the way that most of the nation lived.

Israel was an agricultural nation: The importance of knowing the cycles of the earth would be of great importance to the Levites serving the nation as priests, and yet they lived largely urban lives.

Today, however, we are even more distant from the earth than those who lived in the Levite cities. We live lives unconnected to our survival: Our food comes from grocery stores; most of us have never seen an animal slaughtered; and many of us do not even prepare our own food from the basic ingredients, but rather buy already prepared foods from a store or restaurant.

Those of us who are middle class or wealthier often have a little bit of yard in the front or back of our homes to raise a couple of tomatoes or squash in the summer. Those who have little money often do not have the opportunity even to do that!

In inner cities, many people have no recourse but to buy their food at stores that carry nothing greener than a head of iceberg lettuce. For a number of years now, there has been a quiet grassroots effort in a number of communities to take abandoned lots and clean them up, turning them into parks, or community gardens. The results of these projects often produce astonishing changes in a community.

When these empty lots are cleaned up, people take pride in them; the areas become safer as people watch to make sure their work is not harmed. They provide a space in which people have a chance to watch the product of their own labor come to fruit, and to see the miraculous processes of the earth.

But it is not only the poor that benefit from green space. The spaces in which plants can grow freely, without our being able to make a profit from it, give us a sense of nature and its holiness.

I often wonder whether, if the heads of polluting corporations had a space to which they went, that they did not own, and could not pay a gardener to landscape, would they understand what they are destroying by their own carelessness?

We read in the midrashic work Ecclesiastes Rabbah: “In the beginning, the Holy One created the first person, and caused the adam (which we might translate as “earthling”) to pass before all the trees of the garden. God said to the adam, “See My works, how fine and excellent they are. Now all that I created was created for you. Think about this, and lo taschit — do not harm or desolate the world; for if you do, there will be none to fix it after you.”

The world that God created is not like that which humans create for ourselves. We build houses and cities, and make the land do our bidding, but we need to also experience the wildness and richness of the earth. It should not only be those who can pay to travel to Yosemite, or Denali, who experience the spark in all of God’s creation, but all of us.

The sparks of holiness in wildness must join to all the other divine sparks, for us to undo the damage done during the cracking of the vessels of creation (according to the Lurianic Kabbalah creation myth). If we destroy these sparks, we can never complete the tikkun, or repair, that we were created to do. And if we do not know these sparks in nature, then we ourselves remain incomplete–never experiencing a world that we ourselves did not build.

For all our modern knowledge, we are just beginning to recognize the importance of green spaces. It is imperative that we work to create green spaces for everyone, to make cities livable places, to have a place where everyone can walk and experience the things God wrought, which are unlike the things we ourselves can create. 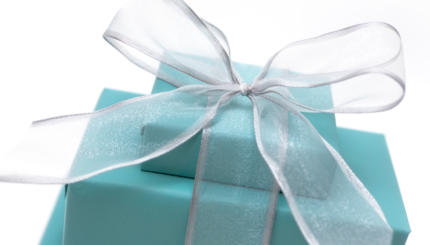 The princes' gifts to the Tabernacle illustrate important principles of leadership and methods of balancing personal and communal needs.