When I was in grade school, my girlfriends and I used to chant this little round, the first lines of an old Girl Scout song by Joseph Parry: “Make new friends but keep the old. One is silver and the other gold.” Since then, I’ve lived in many cities and made many friends, but those old friendships are among my most cherished.

My generation, born in the shadow of World War II and the Holocaust, grew up amid threats of nuclear war, the scourge of McCarthyism, the horrors of Vietnam, the struggle for civil rights and a wave of shocking political assassinations. Yet many of us lived in a bubble of denial, enjoying the luxury of seemingly unlimited choices — to be educated, travel, create art, succeed economically. To do what we wanted with our lives.

In recent years, so many bubbles have burst. Ground that once appeared stable is quaking violently. Droughts and floods, fires and hurricanes — the very Earth itself seems to be shaking us off her back. Where are our touchstones in these times of shattering uncertainty?

A few weeks ago, I heard the activist and mystic James O’Dea speak about resiliency in these times. “Resilience,” he taught, “is the strength and courage and conviction to live your highest values, not to think them, but to live them.” And the symbol he offered for resilience in the face of an uncertain and cruel world? Gold.

Why gold? Because pure gold does not tarnish. It never corrodes or oxidizes. Unlike silver or copper or other metals that discolor in contact with the air or can be dissolved by harsh chemicals, pure gold always maintains its integrity, its luster.

This week’s Torah portion also speaks of gold. It opens with a description of the great menorah that stood just outside the Holy of Holies in the mishkan, the portable sanctuary the Israelites erected at the center of their wilderness encampment. The menorah was to be fashioned from a single piece of zahav tahor, pure gold, its seven branches shaped like a flowering almond tree, a symbol of the Tree of Life itself.

In fact, many of the mishkan’s accoutrements were made of pure gold, most notably the Ark of the Covenant. Designed to house the tablets Moses had received on Mount Sinai, the Ark was lined with gold inside and capped by a cover of pure gold, hammered into the shape of two keruvim, winged figures facing one another and hovering protectively — or, as some speculate, erotically entwined. The mishkan, with the gold-lined Ark and the space between the keruvim at its heart, would serve as a kind of spiritual lightning rod, drawing the divine presence into the midst of the community and into the heart of each person.

How did a ragtag bunch of recently escaped slaves come by so much gold? The Torah improbably relates that, at God’s behest, they stripped all the material wealth from their Egyptian oppressors on their way out, perhaps as a kind of karmic retribution for what they had suffered. The Midrash suggests that in contributing gold to build the mishkan, the people were atoning for having earlier given their gold to forge a Golden Calf, an idolatrous embodiment of their crumbling faith in the face of Moses’ long absence on Mount Sinai.

Whatever its origins, I see the gold of the mishkan as a symbol of the spiritual constancy the Israelite people would need to see them through the physical, emotional and spiritual ups and downs of an arduous wilderness sojourn. Beset by crisis after crisis, they were to give both of their gold and of their “gold” — the steadiest, most lustrous and least tarnishable parts of themselves — to create a tangible structure that would anchor and inspire the whole community.

O’Dea tells of being on a peace mission in the Middle East. With sinking spirit, he accompanies two doctors through a bombed-out Lebanese refugee camp, where they find an old man sitting in the rubble. The man has just lost his family and everything he owns, but he beckons them closer and offers them coffee. In that moment, witnessing the simple dignity and nobility of this man’s determination to offer his “gold” in the face of the greatest devastation, O’Dea recalls: “My own heart reignited. I felt the heat of that love and witnessed the indomitable spirit of the human being.”

More than ever now, I’m relying on my golden friendships, the ones that never tarnish even after years of separation, to strengthen my resolve to live my highest values and reach out where I can, to soften others’ pain or simply witness their stories — to weather the cruelty of this time and continue to mine and offer my own gold.

This article initially appeared in My Jewish Learning’s Shabbat newsletter Recharge on June 18, 2022. To sign up to receive Recharge each week in your inbox, click here. 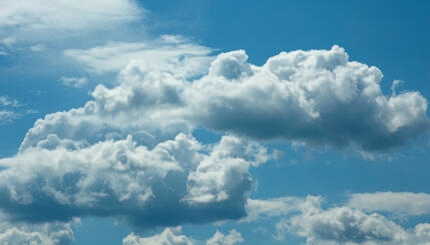 Some things we see with our eyes wide open. For the really important things, we need a cloud.

A portable sanctuary in the wilderness. 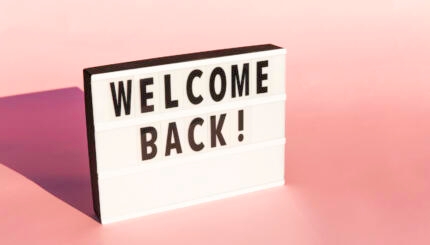