The Bedtime Shema is a collection of liturgical texts that Jews recite before going to sleep– including, but not limited to, the traditional Shema prayer. Near the end of this liturgy is a prayer asking God to protect us and guard our souls. How? Through the holy watchers, God’s angels, who walk through the night. Specifically, the text names four: “Michael to my right side, Gabriel to my left, Uriel before me, and Raphael to my back.”

Of these four angels, Gabriel appears most commonly in Jewish texts. He is one of at least seven archangels, or focal angels, who are known in liturgy and biblical commentary to be the highest or most powerful of the angelic legions. Gabriel’s first mention in the Tanakh comes in the Book of Daniel. After Daniel experiences a prophecy, and he does not understand it, Gabriel comes to Daniel (8:16) and interprets the vision for him.

A year later, Gabriel again appears to Daniel (9:27). He tells Daniel that he has “been at war, and [is] going to fight those who remain.” Nothing is explained further about this battle or about Gabriel’s specific abilities, although he is referenced thereafter in exegetical literature as a warrior and a holy protector.

In the pseudepigraphal Book of Enoch, Gabriel is an avenging angel, sent to incite sinners into war. In the Talmud (Sanhedrin 95b), God sends Gabriel to smite the Assyrians, and Gabriel replies that his sword “has been sharpened since the six days of Creation.” In other words, he was in some way created to be an avenging angel.

Most references to Gabriel in traditional literature, including the Talmud and the Bedtime Shema liturgy, depict him as the emissary of God’s strength. In fact, the Hebrew name Gavriel, or Gavar El, translates to “God’s might” or “God’s power.” At times he is represented by the element of fire (Talmud Yoma 21b) and at other times, water (Targ. Job 25:2). Regardless, he is always known to be either the absolute strongest or among the strongest of the angels.

Gabriel is also an important figure in other western religions. In Christianity, it is believed that Gabriel came to Mary and foretold the birth of Jesus. Muslims believe that he first led Muhammad to the Qur’an. 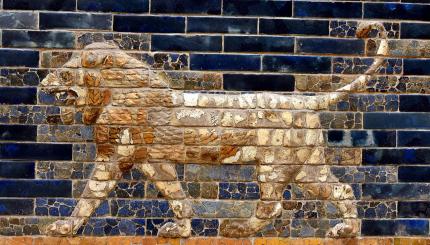 More than simply a means to learning the content of divinely revealed law, Torah study is an end in itself--according to some, another way of worshipping God.