Here’s a talmudic riddle: When is a person like both a donkey driver and a camel driver? When one deposits food to establish an eruv for a festival that falls adjacent to Shabbat.

Get it? I didn’t either the first few times. Like many talmudic aphorisms, this one requires some explanation.

For several days now, we’ve been discussing the particulars of an eruv techumin, a type of eruv that extends the distance one can travel outside a town on Shabbat. Normally, the rabbis permit travel up to 2,000 cubits from your town’s border. But if you place some food somewhere within that distance, you establish a symbolic residence that permits travelling an additional 2,000 cubits from that spot on Shabbat.

Once established, the eruv symbolically shifts your place of residence from the center of circle 1 to the center of circle 2, allowing you to travel an additional 2,000 cubits in any direction from where you placed the food. The only catch is, when using an eruv techumin, you are no longer able to utilize sections of your town’s standard travel zone (circle 1) that are outside of your personal eruv (circle 2). 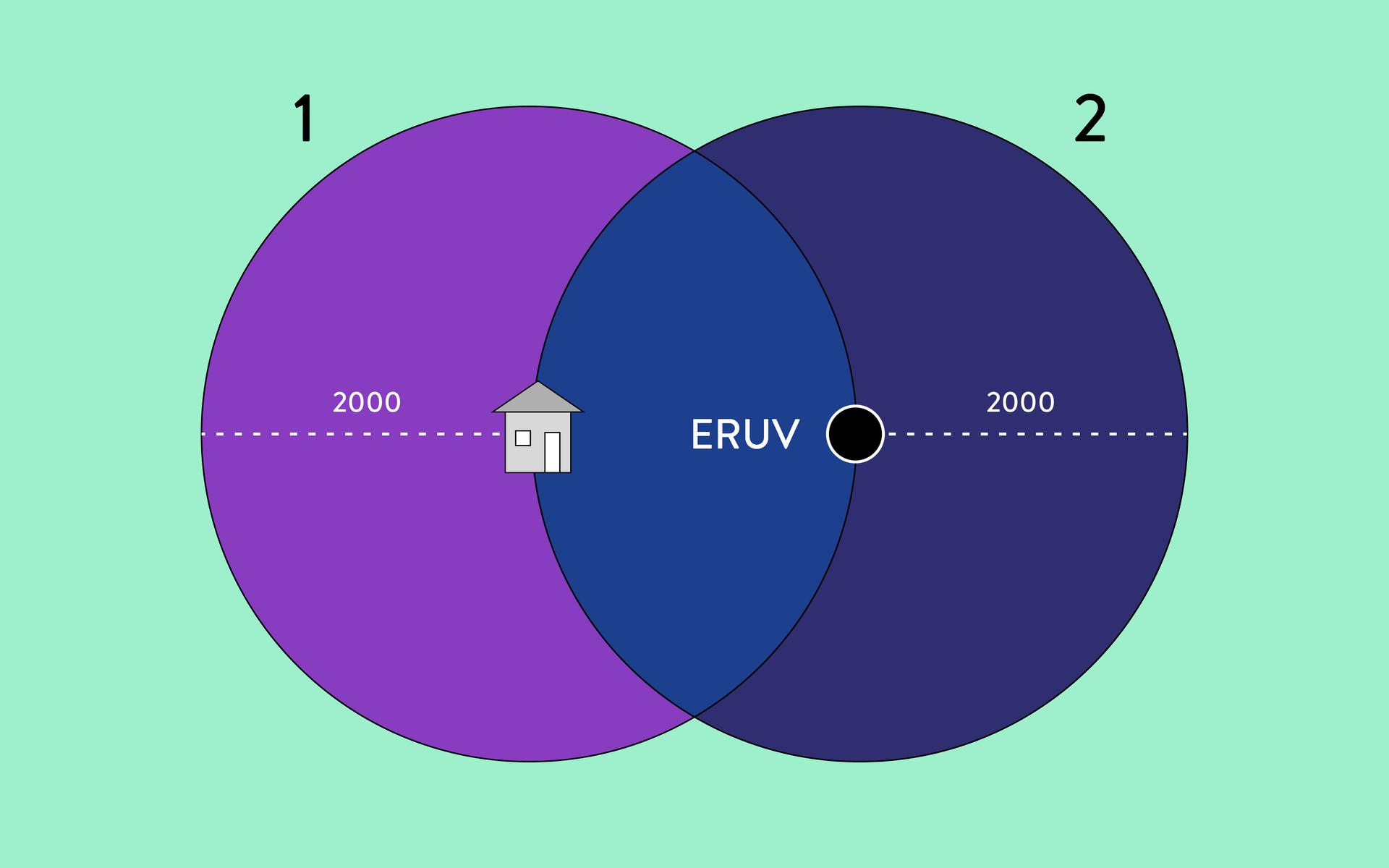 If one established an eruv by depositing food in the place he wished to establish as his residence, and his eruv was eaten on the first day, one may not rely on it and one may not go out beyond the limit permitted to the rest of the inhabitants of the town on the second day.

A person in this situation is both a donkey driver and a camel driver.

Rabbi Yehuda is using an idiom from his day to describe a person pulled in two different directions. A donkey driver walks behind his animals while a camel driver leads from the front. The eruv builder in this case is pulled in one direction by the naturally existing eruv around the town and pushed from another by the eruv he established himself.

So to return to our riddle: When is someone like both a donkey driver and a camel driver? When one deposits food to establish an eruv techumin for a festival that falls adjacent to Shabbat.

Read all of Eruvin 38 on Sefaria.

This piece originally appeared in a My Jewish Learning Daf Yomi email newsletter sent on September 16, 2020. If you are interested in receiving the newsletter, sign up here.

Last but not least.

Praying with their feet.