Although the plagues that God rains down upon Pharaoh and all of the Egyptians in Parashat Vaera and Parashat Bo seem almost grotesquely farcical in their nature –blood? frogs? fiery hail?–they raise complex and nuanced questions about collective punishment and collective responsibility.

They seem, from the outset, to be a form of collective punishment that is deeply unjust. Moses begs Pharaoh to free the Israelites from their bondage, and when he says no, all of Egypt is punished over and over again—from blood to the slaying of the first-born children. The medieval commentator Sforno says that the verse, “from the first-born of Pharaoh…to the first-born of the captive,” which describes the scope of this last plague, is shorthand for a more accusatory phrase: “from the most guilty of parties [Pharaoh] to the least guilty of parties [the children of the captives who were sitting in the dungeon].”

Sforno’s comment highlights the fact that these “least guilty” were neither in a position to enslave the Israelites initially nor to free them in order to stop the plagues, yet they were punished collectively with those, such as Pharaoh himself, who were. It was outright punishment of the innocent.

Making Sense of It All

Setting aside the fundamental question of why innocent children should suffer for the sins of their parents, why must the powerless slave woman suffer along with the all-powerful Pharaoh in the slaying of the first-born? What sense can we make of this collective punishment?

Rashi circumvents these questions, saying that the Egyptian slaves and captives lost their first-born children in the plague because “they, too, enslaved [the Israelites] and took joy in their suffering.” According to Rashi, the plague of the first-born was a punishment for each Egyptian who participated in the oppression of the Israelites, and not collective punishment with all of its unjust implications.

Another interpretation enables us to derive a lesson from the plagues while preserving the text’s emphasis on the collective. Rather than unjustly targeting the innocent, we might say that that the collective punishment teaches us about our collective responsibility to free the oppressed. Viewed through this lens, the plagues point to a wider circle of responsibility beyond one national or ethnic group: the Egyptians at the lower echelons of society were responsible for the wrongs dealt by the more powerful among them; even further still, they were held liable for the well-being of the minority in their midst: the Israelites. We can derive from this a powerful notion of collective responsibility that extends from each human being to all human beings.

This solution is not without its own difficulties. Why should I be responsible for the actions of others? Isn’t it enough to be responsible for my own actions and their repercussions? Am I responsible for the unfair detention of a human rights activist in Zimbabwe or sex trafficking in Cambodia? What if I am relatively powerless against those who are perpetuating injustice? How far does this responsibility extend?

I would argue that it ultimately encompasses the entire world. Even though shouldering global responsibility is difficult, the alternative–to know about horrific brutalities perpetrated against innocent people anywhere in the world and do nothing–is untenable. The lack of this responsibility–the distancing of ourselves from the other–has allowed atrocities to take place without protest.

Silence in the Face of Injustice

This fits into the story of the Exodus in some fascinating ways. Even if one wanted to argue that the Egyptian servants and captives were unable to stop the enslavement of the Israelites, their silence was damning. Their punishment is perhaps a message to us: that to be silent in the face of injustice is to be implicated in the act itself.

Even those of us who are far from being Pharaohs have tremendous powers of influence over both local and world events. We can heed the call to responsibility by working to ensure that no one in our neighborhoods goes hungry and that all have adequate childcare; we can call our elected officials and demand a forceful response to oppressive regimes around the world. We can use our individual and collective economic clout by refraining from purchasing from companies that engage in unfair labor practices; we can vote for government officials who care about working families. Compared to the servant woman or captive in a dungeon in biblical Egypt, we are all nearly Pharaohs. Along with that power comes great responsibility, as there is always something that we can do to combat injustice.

This acceptance of global responsibility has galvanized a worldwide response to the atrocities taking place in Sudan and around the world. Thus, rather than a cause for despair or consternation, the collective punishment of the ten plagues should be a spur to action. From the most powerful to the least, we each have a role to play. In a world in which anyone suffers for naught, we are all, collectively, and each, individually, responsible for doing what we can to stop that suffering. 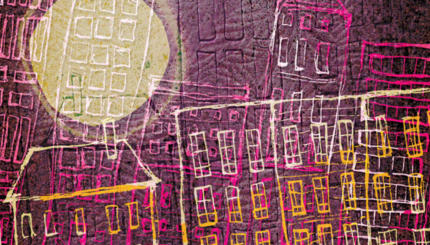