When a Child Should Disobey a Parent

The question of how to care for one’s elderly parents is not a new one; Jewish sources mandate that children tend personally for their parents’ physical and psychological needs. The 12th century scholar Maimonides adds one caveat referred to in the article below: Those who are extremely disturbed by their parents’ dementia may arrange to have someone else care for their parent. The following article applies Jewish law to the complicated situation of today.

In modern times, it is often difficult, if not impossible, to live near one’s parents. The mobility of contemporary society has meant that children often live and work far away from par­ents. This may be regrettable, but it is a real phenomenon that traditional sources do not contemplate. Moreover, facilities for caring for the elderly that were not available in the past are in­creasingly being created today, as the population of the United States, and indeed of the Western world, ages. 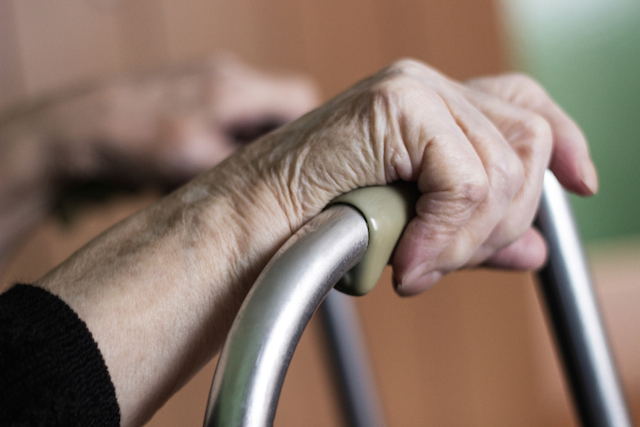 Objecting to Maimonides’ permission for a child who cannot bear to be with a demented parent to leave his or her care to oth­ers, Rabbi Abraham ben David of Posquieres, a contemporary of Maimonides, asked: “Whom can he command to take care of him”? That is, who would under­take to perform that which a person’s own child refuses to do?

Today we have clear answers to that question in the form of people hired to help in various ways at home or in assisted living facilities or in nursing homes. In part, this is a function of the demise of the extended family, but it is also a result of the large increases in longevity and the numbers of elderly in our society.

The question, then, is whether the use of such facilities con­stitutes a violation of the traditional demand that care of one’s parents must be personal. It seems to me that it depends largely on the intent of all concerned. In one of the most sensitive comm­ents that the Talmud makes about the commandment to honor parents, the Rabbis point out that even the demands for physical care must be carried out with a proper attitude:

A man may feed his father on fattened chickens and inherit Hell [as his reward], and another may put his father to work in a mill and inherit Paradise.

If attitudinal factors are crucial in regard to physical care, how much more are they relevant to fulfilling the tradition’s demands that one satisfy one’s parents’ psychological needs for proximity and interaction. Thus if children cannot realistically care for their parents themselves, or if the parents would be better off and happier living in their own home or in a facility for the eld­erly, then placing them in such a facility is not only permissible but possibly the most desirable option, provided that the tone with which this arrangement is made and carried out is one of honor, respect, and ideally even love. Such an attitude must be expressed in concrete actions by making sure that the living arrangements for one’s parents meet their physical and psychological needs as much as possible and, most especially, by visit­ing and/or calling them reasonably frequently. 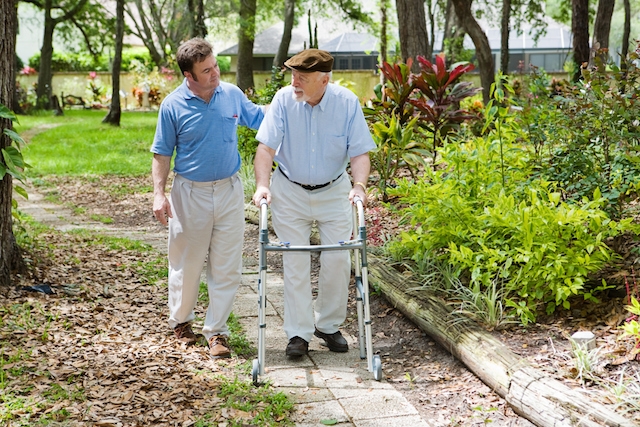 Increasing numbers of Jews, however, are finding that as their parents become unable to care for themselves, the best option is to house them at one of their children’s homes. This is especially so when the parents are mentally fine but suffer from some physical disabilities that make it hard or even impossible for them to live on their own. Under such circumstances, housing elderly parents at one of the children’s homes provides an op­portunity for the grandchildren to have continuing interaction with them and possibly to help in their care. This graphically models what the Jewish norms of honor and respect are all about, an important lesson for the grandchildren to learn for the future care of the adult children.

Even as the parents’ physical condition worsens, adult chil­dren may care for them at home in a form of care called “hos­pice.” When people suffer from chronic diseases like cancer, they often come to a stage when the attending physicians judge the disease to be incurable. At that point, patients have two choices. They can try “heroic” measures, such as experimental surgeries or drugs, or they can acquiesce to their impending death and seek only palliative care.

Jewish law permits both options. If someone wants to pull out all the stops, as it were, he or she may do so, even if the med­ications or procedures to be tried have a high risk of involving complications that may, in fact, hasten the onset of death. As long as the intention is not suicide but cure, subjecting oneself to the high risks of experimental therapies is permissible.

On the other hand, one may also decide not to engage in that mode of treatment, but simply receive medications to alleviate pain. One is still seeking medical aid, as Jewish law requires every sick Jew to do, but the intent and form of that aid is dif­ferent. When one has a terminal, incurable disease, palliative care is appropriate and sufficient to satisfy the dictates of Jew­ish law; for while Jewish law requires sick Jews to avail them­selves of medical care, it does not require that they have unrealistic hopes for cure or engage in therapies unlikely to bring cure. Similarly, we are not expected to be omniscient, knowing what cures will be developed tomorrow. When the attending physician(s) judge the illness to be incurable, medical treatment exclusively to alleviate pain is both moral and legal for obser­vant Jews to employ….

Hospice care at home, though, is not right for everyone. Some will choose to fight the noble battle against a disease diagnosed as incurable, and they have that right. Others will prefer to live in assisted living facilities or nursing homes, or their children’s jobs or location may require that. But Jewish parents and their adult children should know that hospice care at home falls within the rules of Jewish medical ethics, and it has the added advantage of enabling children not to delegate their parent’s care to others but rather to do it directly and personally as an act of honor and love.

Conclusions: Caring for a Parent at Home Isn’t Always the Best Option

In sum, the Jewish tradition has developed a number of spe­cific rules to give content to the feelings of honor and respect that we are to have for our parents. Housing elderly parents who cannot care for themselves at one’s own home may no longer be possible, necessary, or desirable. That may be because both the adult and his or her spouse may work outside the home during the day and cannot afford to arrange for private care for the par­ent all day long.

Moreover, because of the increasing number of elderly people in contemporary society, long-term-care facilities have become available, and often elderly parents would prefer the company of their peers to living with people much their jun­ior, even if they happen to be members of their own family. Fur­thermore, people with professional medical and social work skills staff such facilities and provide activities suited to the interests of elderly people, all of which are not available at the adult child’s home. Finally, some parents and children do not get along very well.

On the other hand, some families may find that many of the traditional measures of personal care have a refreshingly mod­ern ring to them, articulating modes of behavior that moderns would do well to follow. That is especially true when parents and children get along well and when grandchildren can benefit from the experience of close ties with their grandparents and of aiding in their care. Whatever the decision on the particular arrangement that a family uses to care for their elderly parents, the crucial element is one of tone, for, as we have seen, even sup­plying one’s parents with a basic need like food is only an act of honor if it is done in that spirit.

Reprinted with permission from Love Your Neighbor And Yourself: A Jewish Approach to Modern Personal Ethics (The Jewish Publication Society).

How to help your teens grow as they prepare to leave home.

Judaism commands us to respect our mothers and fathers — and provide for our children.