Just how much is at stake in the Exodus from Egypt? From God’s perspective, absolutely everything.

By means of a subtle but critical play on sound, the first Torah portion in the Book of Exodus makes clear that the impending battle between God and Pharaoh is meant to have nothing less than monumental repercussions. Convincing his people that the Israelites represent a potential fifth column in Egypt, Pharaoh declares: “Let us deal shrewdly with them, lest they multiply.” But Pharaoh’s plans fail because, the narrator tells us, “The more [the Israelites] were oppressed, the more they multiplied.”

In Hebrew, “lest they multiply” is pen yirbeh; “the more they multiplied” is the similar-sounding ken yirbeh. A tremendous amount rides on this very simple rhyme. Whereas the abusive (and later murderous) Pharaoh is represented by pen yirbeh, lest they multiply, the liberating God is represented by ken yirbeh, the more they multiplied. In other words, Pharaoh lines up on the side of death and God lines up on the side of life. Pharaoh wants life to be stamped out while God insists that it flourish.

God wants to defeat Pharaoh, but even more crucially, God wants to thwart what Pharaoh stands for. God doesn’t just want to vanquish Egypt, God wants to build a radical alternative to it. Having set the Israelites free from slavery and brought them to Mount Sinai, God gives them a blueprint for a society that will be anti-Egypt, a culture that will affirm precisely what Egypt denies.

Israel had experienced in its very flesh the barbarity with which Egypt treated the vulnerable. In contrast to a society where the immigrant was demonized and degraded, Israel was to build a society in which the immigrant was protected (Exodus 23:9) and even loved (Leviticus 19:34). More fundamentally, Israel was to replace Egyptian heartlessness with kindness to the immigrant rooted in empathy. “For you know the feelings of the stranger, having been strangers in the land of Egypt,” Exodus 23:9 declares. In living as God’s people, both Israel’s deeds and Israel’s heart were to undergo transformation.

At least in theory, all ancient Near Eastern societies paid attention to the welfare of widows and orphans. But the Torah makes the revolutionary move of including strangers among those deserving of special protection. In the society that God imagines, it is not just our vulnerable who will be safeguarded but the vulnerable.

In other quiet but powerful ways, the Torah reminds the people that they must not reproduce the kind of society that had victimized them. “You shall not ill-treat any widow or orphan,” we read later in Exodus. A warning follows: “If you do mistreat them, I will heed their outcry as soon as they cry out to Me.” The Hebrew for outcry, tza’akah, is the same word used to describe Israel’s cry when abused and exploited by Pharaoh. The Hebrew for “I will heed,” eshma, is from the same root that describes God’s response to Israel’s cries.

The message is essential: Just as God responded to the suffering inflicted upon Israel, so also will God respond to any suffering inflicted by Israel. Implicitly the people are reminded: You have been summoned to create a different kind of society. It is only too easy for the formerly oppressed to become oppressors themselves.

Similarly, all over the ancient Near East laws forbade harboring fugitive slaves. God insists that Israel must be different: “You shall not turn over to his master a slave who seeks refuge with you from his master,” says the book of Deuteronomy. “He shall live with you in any place he may choose among the settlements in your midst, wherever he pleases; you must not ill-treat him.” Israel had been a nation of runaway slaves. Now they must internalize the lesson God had taught them and side with the slave rather than the slavemaster.

These examples all illustrate a more fundamental point. Having experienced life in a society bereft of compassion and human kindness, Israel is charged with building something else entirely: a caring society, committed both to kindness toward, and legal protection of, those who are weak and vulnerable.

A fundamental question haunts me when I encounter verses like these: How do we live up to their message in our own time? It can be tempting to domesticate the Torah by admiring it: “Isn’t it wonderful that the Torah was so progressive in its time?”

Such veneration is cheap. It valorizes the past without making any demands on us in the present. Yet the essential premise of Judaism is that the Torah speaks to all times, very much including our own.

So I close with a question: How would the Jewish people live differently if we took these mandates to heart? How would the societies we build and inhabit look different if we allowed their theological and moral visions to guide us? How would our communal institutions be transformed if we made the well-being of widows, orphans, strangers, and runaway slaves our collective responsibility?

This article initially appeared in My Jewish Learning’s Shabbat newsletter Recharge on Dec. 25, 2021. To sign up to receive Recharge each week in your inbox, click here. 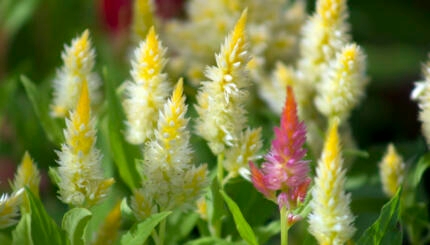 The test of a community is not how it receives the most powerful, but how it welcomes the most vulnerable.

The Matzah of Unity