The prayer Avinu Malkeinu (Our Father, Our King) is recited after the Amidah (the main prayer, said while standing) and before the Torah service. It is recited throughout the Ten Days of Repentance, from Rosh Hashanah through Yom Kippur, as well as on fast days.

The following short passages explore different aspects of this popular and fascinating prayer. Scroll down to hear the prayer recited.

Rabbi Akiva in­stituted this prayer, as it is stated: “Once Rabbi Eliezer or­dered 13 fast days, but no rains fell…. Rabbi Akiva followed him before the Ark and said, ‘Our Father, our King, we have no king but Thee.’ He was immediately an­swered” (Taanit 25b).

Our Parent, Our Sovereign?

It can be argued that regular masculine language for God promotes the distinct presumption that though all of us are created in God’s image, some of us are more Godlike than others. In Avinu Malkenu, by retaining the image of Father and King, one might infer that important decisions about life are made, or should be made, by fathers (but not mothers) and kings (not queens).

After all this discussion, it may come as a surprise to discover that it was decided [by the committee of Reform rabbis revising the Reform Mahzor] to retain masculine language for God anyway. Some people held that neutral language virtually does away with the concrete imagery that the Days of Awe demand. Calling God “Our Parent, our Sovereign” here, for example, seemed far more remote, far less compelling, than the traditional “Father” and “King.” Others noted that doing away with “He” and “Him” presented insurmountable problems in translation, which could not be overcome without completely altering the sense of ancient Hebrew passages whose integrity we respected. Would the committee charged with our liturgy vote that way today, if we had it to do again? I doubt it. One’s consciousness of language’s subtle effect on our thinking rises slowly. Nevertheless, it does rise. And today, I think, we would have voted the other way.

–Reprinted from Lawrence A. Hoffman’s “Gates of Understanding 2: Appreciating the Days of Awe,” published by the Central Conference of American Rabbis.

Can I Have That On Credit?

A retail merchant who dealt in fabrics made his way to his wholesale supplier to buy the goods he needed for his business. The wholesaler instructed his workers to wait on the merchant and to bring him all that he ordered. Standing in the middle of the warehouse, the merchant bellowed all sorts of orders and requests.

“I want 1,000 yards of that cloth, 2,000 yards of the blue velvet, 3,000 yards of that white silk,” he shouted, and on and on he went, requesting many other items. When it came time to total up the price of the goods and to pay the bill, the merchant took the wholesaler to the side and, very embarrassed, whispered in his ear: “Listen, I can’t give you any money for this right now. Please allow me credit until I can pay you.”

So it is with us, said the Dubno Maggid. We shout out all sorts of requests to God in the Avinu Malkenu prayer. We want forgiveness, health, a good life, wealth, redemp­tion, and many other things. But when it comes down to the last verse (to pay the bill, so to speak), we whisper: “Our Father, our King, be gracious to us and answer us, though we have no worthy deeds (with which to pay You for our large order) please grant us charity and kindness, and save us.” 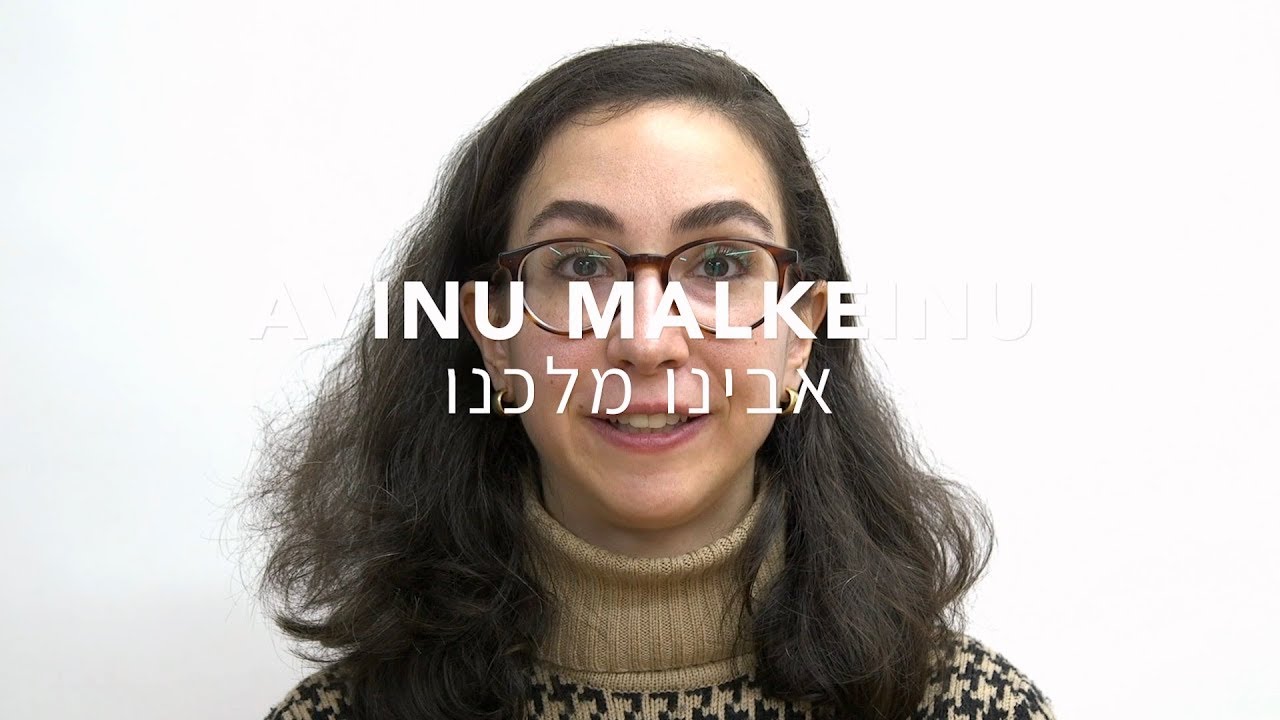 How to Say Avinu Malkeinu

This prayer invoking God as "Our Father, Our King" is recited on the Jewish High Holidays.