Question: I’m gluten-intolerant, but I know it’s a mitzvah to eat matzah on Passover. Are there any gluten-free matzot for people who can’t digest gluten?
–Linda

Answer: Gluten is the common name for proteins found in all forms of wheat, rye, barley, and triticale. These days lots of people are discovering that their bodies have trouble digesting gluten, or that they have Celiac Disease, which means that any glutinous food they eat causes damage to their small intestine.

In many ways, Passover is a wonderful week for those who observe gluten-free diets. Many foods that normally contain wheat are made with recipes that leave out the flour, thus making them gluten-free. There are kosher for Passover bakeries that function without flour completely, and many people with Celiac Disease have been known to stock up on Passover pastries to freeze and eat during the rest of the year.

However, on Passover, specifically at the seders, there is a mitzvah to eat matzah, and matzah is made of flour and water, which means it is chock full of gluten. So what’s a gluten-intolerant person to do?

Enter the gluten-free oat matzot! Oats are one of the five grains that can be used to make matzah, but they are generally not glutinous. (I say that they’re generally not glutinous because oats are often contaminated with tiny bits of gluten, and so some people with Celiac Disease refrain from eating oats just as a precaution.) As far as I know, there’s only one company producing oat matzot, and it’s based in Manchester, England. The matzot, in addition to being kosher for Passover and gluten-free, are also shemura (“guarded” against contamination with leaven), and quite pricey (think upwards of $25 a box, available at many kosher stores). But one box of matzah can easily last a person who doesn’t like matzah (ie, anyone with two wits about her) for the whole holiday of Passover, so many consider it a worthwhile investment.

In the interest of full disclosure I feel I should tell you that my sources claim oat matzah is just as tasteless and cardboard-y as regular matzah. On the upside, though, oats are good for lowering your cholesterol, and how many people can say they were lowering their cholesterol over Passover? 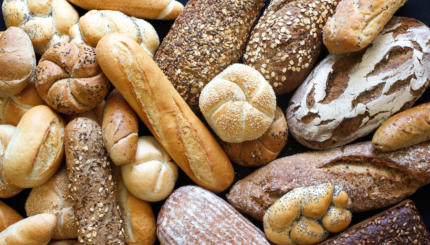 Can I do it myself?