Question: My mother-in-law wants to throw me a baby shower. But I heard Jews don’t have baby showers. What should I do?
–Sarah, Vancouver

Answer: Okay Sarah, first this depends on your relationship with your mother-in-law. Is she a major pain in the tuchis or do you guys generally get along? If she wants to do something for you that feels problematic to you, and you feel like this is a situation where you need to set up boundaries with her, I would say beg off. Once the kid is born (pooh pooh pooh) your mother-in-law will probably want to be around all the time, so if you want distance, best to get it now.

It’s true that in many Jewish communities, baby showers are frowned upon. Why? Many Jews avoid baby showers (and even avoid purchasing clothes or furniture for the baby before the baby is born) out of fear that making a big (or even medium-sized) fuss about an unborn baby might cause something bad to happen to the baby or the mother.

For more on Jewish parenting, visit our partner site Kveller!

This superstition stems from the notion of the evil eye, or ayin hara. In the Mishnah, a person with ayin hara is someone who cannot be happy for another’s good fortune, and in fact is distressed and angry when good things happen to his or her friends. This person’s gaze is considered dangerous, because he or she would prefer that others not enjoy good things, and might somehow cause misfortune to others via a malicious gaze. As a result, many Jewish communities have developed a tradition of not calling attention to good things, so as not to provoke ayin hara.

Still, it’s important to remember that this is a superstitious tradition, and not a Jewish law. According to halacha (Jewish law), there is nothing wrong with having a baby shower, but it might scandalize the ladies in the synagogue sisterhood.

In order to get some expert advice here I thought it best to consult with my grandmother. I’ve never known her to be overly superstitious when it comes to Jewish life, but she works in the theater, and I think she might actually break her own leg before saying good luck to someone before a show. When I called I first had to carefully emphasize that I wasn’t asking for me, lest she become overly excited about the possibility of great-grandchildren (oy).

She finally answered the baby shower question: “If you’re not superstitious, and if there’s no indication that anything would go wrong, then I think it’s okay. If it makes you uneasy, then absolutely don’t do it. Do what your heart tells you. And if your heart says no, don’t do it.” I think that’s probably a good plan. If you feel weird about having a baby shower, or if you’re superstitious, then I’d say avoid it. But if it doesn’t bother you at all, then go for it.

It may be that you feel uncomfortable about a baby shower because pastel balloons and a cake in the shape of a pacifier don’t appeal to you. If that’s the case, try asking your mother-in-law if you can have an alternative baby shower, where you and a bunch of friends go get pedicures, see a play or have a picnic, and instead of everyone giving you gifts for the baby, ask people to make contributions to women or baby-focused charities such as the Women’s Funding Network or a local children’s hospital. A baby shower that doesn’t seem like a baby shower is much less likely to make you (or any of your more superstitious guests) feel like you’re tempting fate.

And hey, b’shaah tovah! (It’s customary not to wish pregnant women mazel tov, but instead to wish that the baby comes at a good and auspicious time.) 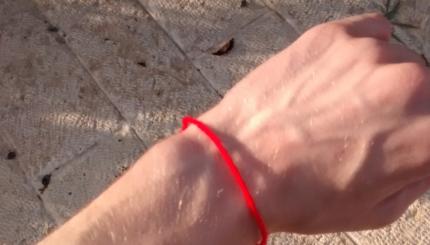