Rupture and renewal, victimization and resistance, annihilation and rebirth: few writers voiced the hard antinomies of Jewish life and death in the 20th century as did Abba Kovner (1918-1987). The first major biography of him, by the Israeli historian Dina Porat won the National Jewish Book Award. Encountering Kovner in its pages makes for bracing reading.

Kovner grew up in Vilna, the “Jerusalem of Lithuania.” Educated in the city’s Hebrew cultural schools, he soaked in its heady mix of traditional learning and literary modernism and began to write poetry. His other education took place in the intense milieu of the Jewish youth movements of the time, where he became a leader of the Zionist socialist group Hashomer Hatzair (literally, “the Young Guard”). That leadership was soon put to excruciating tests.

Kovner in the Holocaust

When the Germans occupied Vilna in 1941 and established the ghetto, Kovner, along with several others, found temporary refuge in a convent. But out of concern for the nuns’ safety and guilt at having left behind a young love–who, he learned, had perished with her mother at the killing field of Ponar–he returned to the ghetto, emerging as a leader of the combined fighting organization formed by the various youth movements. On January 1, 1942, he issued, in Yiddish, an electrifying proclamation calling for resistance and warning, with eerie prescience: “Hitler has plotted to murder all the Jews of Europe.”

Kovner’s proclamation opened with the words: “Do not go like lambs to the slaughter.” Yet then and throughout his life he would repudiate the charge that Europe’s Jews had acted with dishonorable passivity. His acute sensitivity to the pulverizing moral dilemmas of group and collective survival was of a piece with his profound connectedness to his community and the Jewish people as a whole. It was that sensitivity which led him, in the ghetto’s final days, to take his group to the forests to fight as partisans rather than staying and likely endangering those inhabitants who might otherwise still be able to survive.

After the war, Kovner’s efforts shifted to a mass retaliation scheme against the Germans–a doomed effort that cost him precious time and some of his standing–and to helping survivors to make their way to the land of Israel, where he himself would soon settle. Although he would never attain a major political role in Israel, he did emerge, first in the 1948 war and above all at the trial of Adolf Eichmann in the early 1960’s, as one of the most powerful and authoritative witnesses to the Holocaust.

From a workroom in his kibbutz, Kovner undertook projects that would commemorate not only the Nazi destruction but the rich civilization that had been obliterated–and that would convey both the horror and the richness to the future. While much of modern Israel was determined to forget its Diaspora past, he relentlessly insisted on maintaining deep roots in Diaspora Jewish history, culture, and faith, even if all three were now, for him, irretrievably vanished. “There can be no Jerusalem,” he wrote, “without the Jerusalem of Lithuania.” His crowning effort in this respect was the creation of Tel Aviv’s Museum of the Diaspora (Beit HaTefutzot).

And he wrote. In his chronicles Scrolls of Testimony and Scrolls of Fire, he strove to compose the equivalents of a new Talmud and a new Haggadah for the post-Holocaust age. He also wrote many volumes of poetry, infused, despite the trammels of history and a sense of titanic loss, by a surprising inner freedom. He was not, in the end, a great poet. Instead, his strength lay in his insistence on a personal voice that was at the same time ineradicably linked with the collective. As the Israeli thinker Eliezer Schweid put it, he was hyphenated: “a poet-warrior, poet-leader, poet-pioneer, poet-kibbutznik, and poet-educator.”

To each of these roles–to which one may add those of chronicler and witness–Kovner brought poetry’s pathos, love of language, implicit prayer, and touch of prophecy. He was one of those artists whose life, taken as a whole, was itself the great work, an insistent, total engagement with his people and time. 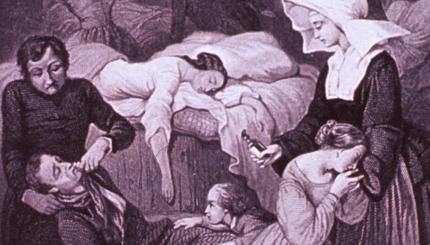 How One 19th-Century Rabbi Responded to a Worldwide Cholera Epidemic

Israel Salanter is said to have publicly eaten on Yom Kippur as a sign to other Jews they should put health concerns above ritual ones.

A neglected master takes his place in history.

The first woman to write modern poetry in Hebrew.