Just about every person who is Black and Jewish has inevitably been met with surprise upon sharing their identities. Widespread misconceptions linger among Jews and non-Jews who believe that Jews cannot be Black, or that there are vanishingly few Black Jews.

In fact, Black Jews have lived and made history in the United States and Canada since the 17th century. According to W.E B. Du Bois’ A Chronicle of Race Relations, the first Jewish resident of New England was Sollomon, a Black Jew who arrived in New England in 1668.

Since then, Black Jews have made incredible contributions to art, culture, music, history, academia, sports and many other fields in North America. Some, like the musician Sammy David Jr., are well-known, but there are plenty of other Black Jews who also deserve recognition. Here are 20 Black Jews you should know.

Adah Issacs Menken was an American actress and writer popular during the 1850s and 1860s, until her untimely death at 33 in 1868. Menken performed on stages across the United States and Europe. Her Jewish heritage is often contested, even though much of her writing revolved around Jewish themes. Menken also knew Hebrew fluently, refused to perform on Jewish holidays, advocated for Jewish causes and was buried in a Jewish cemetery.

Not much is known about Goldye M. Steiner’s early life, but by the mid-1920s, Steiner had risen to prominence in New York City’s famous Yiddish theater scene. Steiner is often known as the first Black female cantor, although her performances were limited to the stage (rather than the synagogue) since women would not be ordained as rabbis and cantors for another 50 years. Steiner also appeared on Broadway and was renowned for her ability to sing in Hebrew, Yiddish, Russian, German, French and English.

Raised in Newark, New Jersey in the early 1900s, LaRue studied in an Orthodox day school as a child, where he learned Hebrew and Yiddish. By the 1920s, LaRue was famous on the Yiddish theater circuit, where he was known as der schvartzer khazan, or “the Black cantor.” While LaRue primarily appeared on stage in New York, he also traveled to European Jewish communities to perform.

Born in 1970, Sandra Lawson became the first Black and openly gay female rabbi in the world upon receiving rabbinic ordination from the Reconstructionist Rabbinic College in 2018. Through her active social media presence, Lawson has become known worldwide as an advocate for racial equity and social justice.

Aaron Samuels is a poet and entrepreneur. Samuels is the co-founder and COO of Blavity Inc., a digital publication for Black millennials that was launched in 2014. His first book of poetry, Yarmulkes & Fitted Caps, was published in 2013; many of his poems touch on his Black and Jewish identity.

Born in Chicago in 1953, Karen Lewis made history when she became the first Black woman to graduate from Dartmouth College. Lewis taught high school chemistry for nearly 20 years before serving as the president of the Chicago Teachers Union from 2010 to 2014 and led the union during its famous 2012 strike. Lewis was an active member of a Conservative synagogue in Chicago’s Hyde Park neighborhood until her death in 2021.

While Michael Twitty was raised in a Christian home, he knew by age 7 that he wanted to convert to Judaism. He completed conversion as an adult while building his career as a chef and food historian. Twitty’s first book, The Cooking Gene: A Journey Through African American Culinary History in the Old South, was published in 2017. His sophomore publication, Koshersoul: The Faith and Food Journey of an African American Jew, is set to be released in August 2022.

Click here to read a profile of Michael Twitty by the Jewish Telegraphic Agency.

Born in 1980 to Christian parents, Anthony Mordechai Tzvi Russell’s adolescence was largely spent training as a professional opera singer and musician. After converting to Judaism in 2011, Russell became interested in Jewish music — especially klezmer and Yiddish songs. Since then, his songs have blended classic African-American and Ashkenazi styles. Russell has performed his music in more than a dozen countries around the world.

Raised by her Christian mother before entering the foster care system, comedian Tiffany Haddish did not know about her Jewish roots until adulthood. She first met her father, an Eritrean Jew, when she was 27 and began reclaiming Judaism shortly afterward. Haddish released a comedy special in 2019 called Black Mitzvah and celebrated by having an actual bat mitzvah ceremony off-screen, which was officiated by comedian Sarah Silverman’s sister, Rabbi Susan Silverman.

Click here to read 18 things to know about Tiffany Haddish.

Born in Boca Raton, Florida, Eric Andre was raised Jewish by his Haitian father and his Ashkenazi mother. Since 2012, Andre has hosted The Eric Andre Show and has appeared in dozens of movies, TV shows and comedic internet videos. He identifies strongly with both lineages, and his comedy career has included plenty of Jewish moments.

Click here to read 18 things to know about Eric Andre.

Isaiah Rothstein grew up in an ultra-Orthodox community in Monsey, New York, and earned rabbinic ordination from Yeshiva University. An advocate for racial and environmental justice who is deeply involved in interfaith activism, Rothstein currently serves as the rabbinic scholar and public affairs advisor for the Jewish Federation of North America.

Born and raised in the Toronto suburbs, Josh Ho-Sang is a professional ice hockey player. After being drafted by the New York Islanders in the 2014 Entry Draft, Ho-Sang spent several years in their farm system before moving to the American Hockey League. Ho-Sang is Jamaican and Chinese on his father’s side and Russian-Jewish and Swedish on his mother’s side.

Julius Lester converted to Judaism in 1982 at age 43, an experience he wrote about in the book Lovesong: On Becoming a Jew. His interest in Judaism began as a young child, after discovering that great-grandfather was a German Jewish immigrant. Throughout his career as a writer, Lester penned eight nonfiction books, 31 children’s books, one book of poetry and more than 200 essays. Lester also enjoyed a successful 32-year career in academia as a faculty member in the Judaic and Near Eastern Studies department at the University of Massachusetts, Amherst.

Nicolette Robinson was born in 1982 to a white Jewish mother and Black non-Jewish father. Robinson is known for performing on Broadway, as well as her television role in “The Affair.” Robinson has spoken publicly numerous times about how much she values her Jewish identity; Robinson and her husband, Hamilton star Leslie Odom, Jr., even released a cover together of the Hanukkah classic “Maoz Tzur.”

Rashida Jones is the daughter of Jewish actress Peggy Lipton and Quincy Jones, a record producer. She was raised in the Reform movement, although she left Hebrew school at age 10 due to bullying. In addition to being a successful actress, director, producer, philanthropist and writer, Jones is also vocal about proudly being Jewish.

Rapper Nissim Black released two albums under the name D. Black before going on hiatus in 2011 to devote time to completing his Orthodox conversion. After joining the Jewish people, Black returned to music and began incorporating many Jewish themes into his lyrics. In 2016, Black immigrated to Israel with his wife and six children.

Naomi Wadler first gained national attention when she was 11 years old and advocated for gun control in front of more than one million people at the 2018 March for Our Lives. Since then, Wadler has celebrated her bat mitzvah and spoken out about the discrimination she faces for being Black and Jewish.

Lani Guinier made history in 1998 when she was the first woman of color appointed to a tenured professorship at Harvard Law School. Guinier was celebrated for her work in legal and civil rights theory and previously held positions at the University of Pennsylvania’s law school and the NAACP. Guinier passed away in 2022 at the age of 71.

Raised in an Orthodox Jewish home in Brooklyn, Yavilah McCoy has dedicated her career to advocating for Jews of color within the Jewish community. In 2000, she founded Ayecha, a nonprofit that sought to make Jewish schools, community centers and synagogues more inclusive and welcoming to Jews of color. While she stepped down as Ayecha’s director in 2008, McCoy has continued to work with Jewish organizations as a diversity consultant.

While entertainer Sammy Davis Jr. was raised in a Christian home, his interest in Judaism was sparked by comedian Eddie Cantor, who gave Davis a mezuzah in 1953. Davis completed the conversion process in 1961. During press interviews, he often drew parallels between the African-American and Jewish communities. 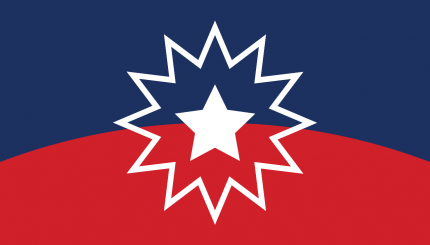 A Jewish Prayer for Juneteenth

Juneteenth is an American holiday celebrating the end of slavery. This prayer reflects on the core story of the Jewish ... 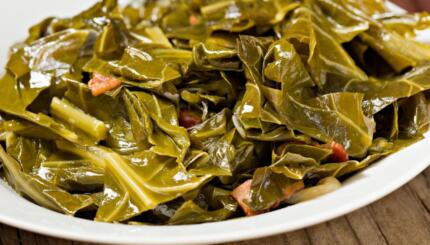