In honor of Asian Pacific Heritage Month, Be’chol Lashon is highlighting the diversity of Asian Pacific Jewish experiences which include diverse geographic, cultural and ethnic experiences. This week we spoke with Eddna Samuel, an Indian Jew, about her unique connection to Israel.

Team Be’chol Lashon: The Jewish community of India goes back over 2,000 years to the time of the biblical King Solomon, but today most Indian Jews have either gone to Israel or to the United States. Yet you chose to stay in India. What made you want to stay?

Eddna Samuel: I was born and brought up in Mumbai, Maharashtra. India is my home. I am part of the Jewish community and part of the business community and love both. I both became a mother early on and a businesswoman. At the age of 23, I started my independent advertising agency called Motif India. Like many, I also had to struggle hard to set up my agency, but with hard work, a creative and positive approach, and extensive client network, Motif is the name in the industry to be reckoned with. Some Jews left India to find better jobs, but not me. My mom, dad, and brother are still in Mumbai, and Mumbai will always be home.

TBL: You have been to Israel for short trips in the past, but recently you decided to spend several months there. What drew you away?

Eddna: My son made aliyah to join the Israel Defense Forces, and I wanted to go and spend some time with him.

TBL: While you only planned a short visit, you have stayed for several months. What made you stay?

Eddna: In the past when I came to visit for a short time, I primarily stayed in my comfort zone with my family and friends in the Indian Jewish community in Israel. This time, I challenged myself to go beyond that. And I have had some amazing adventures and I have fallen in love with the diversity and energy of this country.

When I first got here, I did not know very much Hebrew. I would use Google Translate to go to lectures and to talk to people or read menus. But then I decided I should learn some Hebrew so I enrolled in an ulpan (school for Hebrew language learning) and am slowly learning Hebrew. The reading and writing are still very hard, but the vocabulary and speaking are coming along nicely.

Through the ulpan and exploring, I have met many different people. People in Israel are very interested in India and in Indian food. They ask me to teach them how to make some of my traditional dishes. So I began running Indian culture and cooking workshops under the name Splendour of India Products and Events. Sometimes it is hard because basic vegetables like okra, which are a staple year-round in India, are only available fresh in Israel in the summer, so I have to adapt and use frozen. But I have also learned to cook Israeli-style Indian food and Indian-style Israeli food.

TBL: What are Israeli-style Indian food and Indian-style Israeli food?

Eddna: For example, in Israel, there are turnips  I cook them in coconut milk, and that is Indian-style Israeli food. Or I take Indian flavors like ginger, garlic and add them to Israeli dishes like shakshuka or bamia. It is Indian style but also Israeli. People in my cooking classes love it. 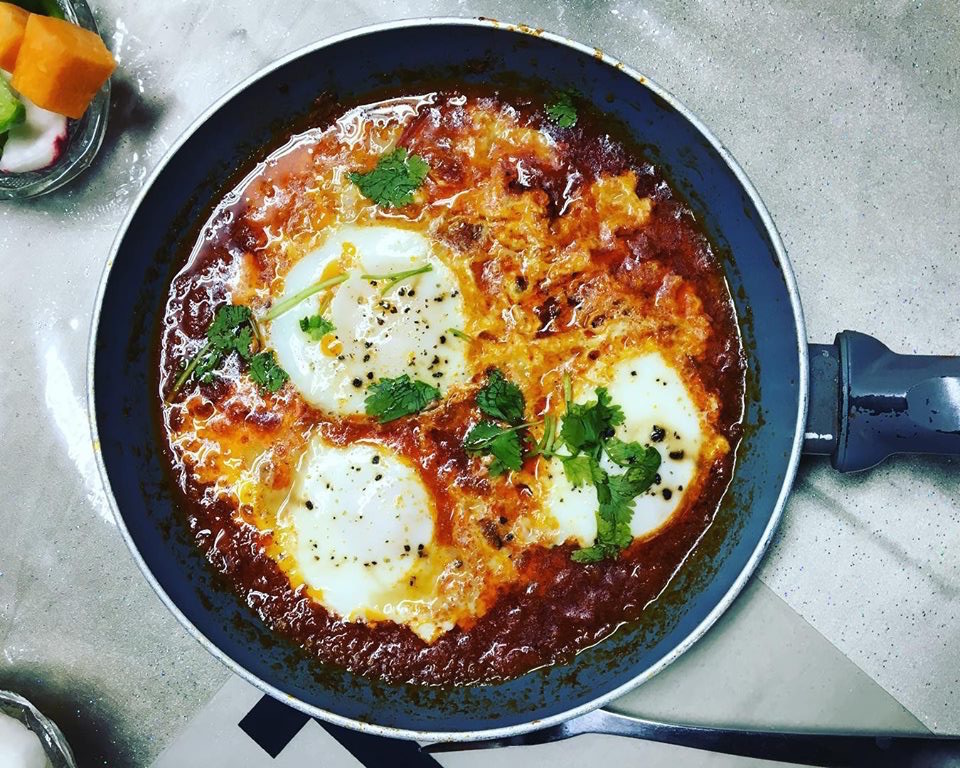 TBL: From all of your experiences, what stands out?

Eddna: At one point I was living in Jaffa and was looking for a new apartment and needed someone to co-sign the lease. I told the owner of the furniture shop down the street, Saed Ahmed, about my predicament and right there he offered to sign for me. I was a stranger, a Jew, and he was an Arab, but he was a neighbor and that was all that mattered.

Also, the spirit of this country is amazing. Last week, we were under attack from rockets from Gaza. It was intense, and then there was a cease-fire. Immediately, we went from rockets from the sky to fireworks of celebration and an Air Force air show in honor of 71 years of Israeli independence. It was amazing to see how resilient people here are.

TBL: Are you now planning on staying in Israel or returning to India?

I am planning on going back to India but staying strongly connected to Israel. I love both countries and want to bring them together. Historically these two wonderful countries did not have strong ties. But in January 2018, the Israeli Prime Minister Benjamin Netanyahu visited India, which was a milestone in setting up a new era of cooperation between our two nations. I see many opportunities for joint ventures between the Indian business world and Israeli corporations. India has capacity in manufacturing and resources and Israel in cybersecurity and technology. As a businesswoman, I know there is so much possibility for collaboration that will benefit both sides. There is a lot going on already, but I see even more potential.

TBL: What is personally exciting for you going forward?

Eddna: I am very excited to be doing this work of connecting these two countries that I love. In many ways, I am going back to the ancient beginnings of Indian Jews. King Solomon sent people to create trade links between Israel and India, and now I am actually fulfilling that ancient dream. I am looking forward to helping connect people in both of my homelands. I also hope that this will allow Jews in India to be better connected with Israeli Jews. 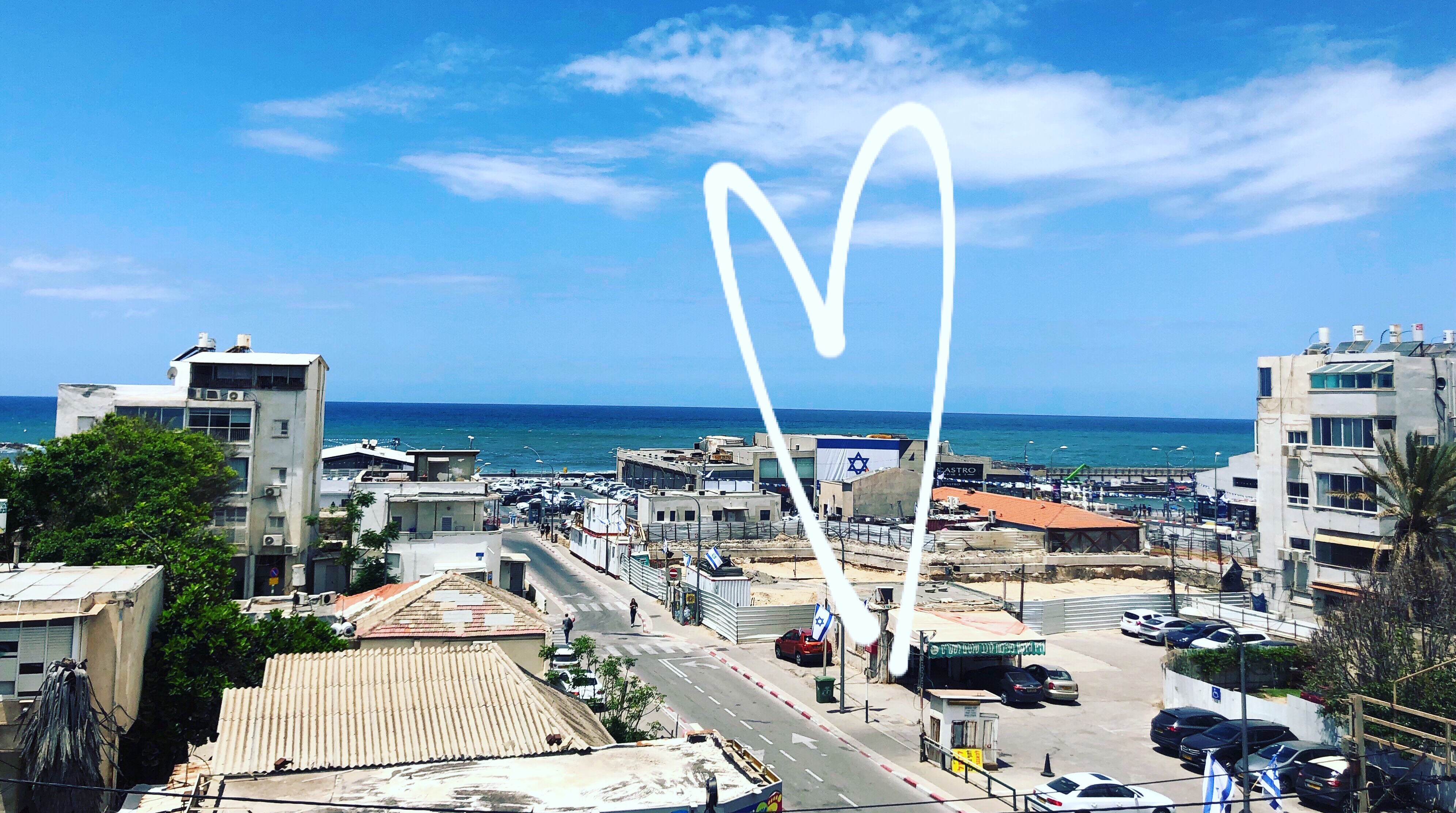 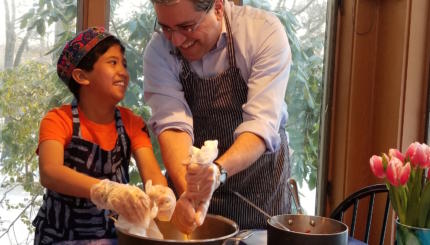 A Special Father-Son Duo and Their Unique Indian Haroset 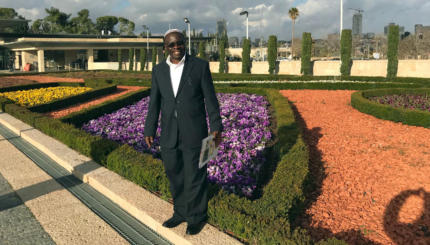 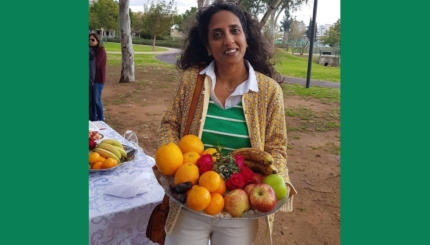