Growing up with Two Moms: When Ima Isn’t Jewish

Growing up Jewish in modern-day Iraq, author and teacher Ceen Gabbai celebrated not only Jewish holidays but also Nowruz, a spring festival. Gabbai now lives and works in Brooklyn, and Be’chol Lashon’s Lindsey Newman caught up with her to better understand how Jews celebrate Nowruz and to learn more about what it meant to be Jewish in today’s Iraq.

Lindsey Newman: Millions of people across the world celebrate Nowruz but most Americans don’t know much about this spring holiday. Can you give us some background?

Nowruz marks the beginning of spring. It literally means “a new day,” because spring is a new cycle for the harvest, for planting, and that’s why it became the new year for the people.  If you have a new harvest, you have new life.

It’s a new day not only for plants but also for people themselves, where they would dedicate themselves to working hard on themselves, on their farms, etc. In the past, everything was all about agriculture, about the harvest, because you had to plant and harvest in order not to starve. So a lot of cultures celebrated the seasons, not only celebrating the harvest but celebrating the cycle of life starting again and the pleasant things happening in their life.

LN: Nowruz is often called the Persian New Year, but you grew up in Iraq. How was it celebrated there and how did your family celebrate it?

For example, Persians prepare a haft-seen, a festive table, with seven different things that start with the letter seen from the Persian alphabet (or “s” in English). The word for garlic is sir and is meant to protect against evil while vinegar, serkeh, is a sign for long life and patience. The table usually also has fruit, mirrors, painted eggs, water, and wheatgrass sprouts. Kurds and Arabs go to the park, dance, sing, give each other tulips (the flower that represents the holiday), and dress up in colorful clothes to celebrate spring.

Growing up in Iraq, my family would generally go to the park, dress up in new clothes, dance and play, and enjoy the flowers, trees, and gardens. We would not prepare the haft-seen exactly. We would prepare a whole feast—ceaneah (pronounced sin-EE-ah)—with a big plate with fancy foods like candy, snacks, sabzi (a dish of greens), and leave them out for the whole day.

LN: Can you tell us about the Jewish community in Iraq? What was it like growing up Jewish in Iraq?

There are currently only 200 Jewish families in Iraq. [Editor: There are over 250,000 Iraqi Jews living in Israel today.] We lived in Baghdad most of my life. In Iraq, my family did not grow up among a Jewish community. The Jews there are really isolated from each other. We don’t gather often because it is dangerous to do that. My family may have known other Jews but didn’t introduce us to each other as Jews.

We lived in an area called Karrada. It has Muslims and Christians and at that time had Sabian (a small religious minority in Iraq), as well as some Jews. Old people who lived in the area knew we were Jewish but maybe didn’t care, but new people who moved in did not know that we were Jewish.

At school, some of my teachers knew I was Jewish. A lot of my teachers were anti-Semitic and they said insulting things, but they didn’t try to hurt me. I was careful about letting my friends know I was Jewish because it saved me a lot of trouble. Of course, they knew I was not Muslim, because if you are not a Muslim you could skip Islamic education, which is otherwise required by law. So even if my friends knew I was not Muslim, they did not necessarily know I was Jewish. When I got older, I told some of them. At first, some were a little shocked, but then most accepted me for who I was. One of my friends has very extreme parents and her parents did not accept my being Jewish, but she did and is still my friend today.

My favorite part of growing up in Baghdad was meeting friends who were taught, as they were growing up, to hate Jews, but then by knowing me were able to change their idea of what Jews were like. There were many people who grew up thinking Jews are the enemy and were taught to hate them, but by knowing a close Jewish friend they were able to throw away that hatred. I still talk to some of my friends in Iraq on social media. It is the most special thing to me because it taught me that even the most beautiful flower can grow among thorns.

LN: What brought you to the United States?

My family stayed in Iraq for so long because my grandmother was alone there. All her family moved to Israel, and only my mom was left. My mother told us when we were 18 we could leave Iraq and she would support us. Even though I had my friends, I felt like an outcast.

I went to school hoping I could change things. After I graduated from law school at Baghdad University at age 19—the youngest person in my class—no one would hire me because I was a Jew. Generally in Iraq, if you want to hire someone they check out your whole family. Sunni will rarely hire Shiite, and vice versa. They will check your family to see if there’s a “bad person” in your family. It is very important to them to see who your family is. And because my family is Jewish, I realized I would never have a future there. So in 2015, I decided to move to the U.S.

LN: How is your Jewish life different now in New York than it was growing up?

First of all, when people hear I‘m from Iraq, they assume there must be a culture shock. But actually, the culture shock is the other way around. It wasn’t as religiously conservative where I came from. Now in America, I am in a more conservative Jewish community here. It was hilarious to me because never had I ever been told to dress more conservatively or be more observant [in Iraq].

The discrimination I saw in Iraq was not for purely religious reasons. It was for political or sectarian reasons because Jews were associated with Israel. Here, outside the Jewish community, I am generally not the person being discriminated against, and when I arrived in America I saw other minorities being discriminated against and started thinking that the problem is not Iraq, but people in general. New York is such a mixed place that you would think there shouldn’t be any racism because people should have learned to live with each other. But people can judge people for lots of reasons, including skin color, the way they dress, etc.

Even so, I feel it is more positive here because in the United States when there are problems there is also the opportunity to fix them. No one is ready to change in Iraq, but here in America, especially New York, people are ready to change even though they haven’t yet. Here there is hope for the future. 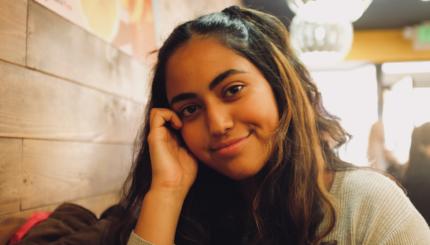 Growing into my Jewish Multicultural heritage and future 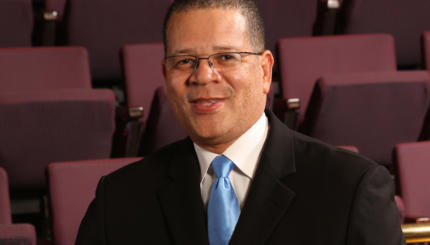 For Georgia Politician, Legacy of Oppression and Persistence Motivates

From Uncle Moishy to OyBaby.