I Am “Southern & Jewish”

November 15 is Children’s Grief Awareness day; one of the ISJL’s staff members was in high school when he lost his mother. We are humbled to share this special post. If a young person in your life loses a loved one, here are some resources to help you show up and support them in their grief process.

I didn’t know what I wanted to do with my life until, at the age of seventeen, I lost my mother.

My mother passed away after a several-year long struggle with a degenerative brain disease. When I was taking care of her, everything else took a back seat. I sat in the ER with her on school nights. I missed parties to stay home with her. My future career was the last thing on my mind, as I watched her health slowly decline over the course of three years.

In spite of my mother’s illness, my family was still committed to living life to the fullest extent possible. My father and I were actually in Poland when we got the call that my mom was dying. We booked a last-minute flight home and arrived just two short days before my mother passed away.

During my mother’s final moments, I was joined by the clergy of my hometown synagogue. They advised me on the typical halacha (traditions/customs) around mourning, but more importantly, they were there as part of a kehilah kedosha, a holy community of love and support for my family during this tough time.

Not even an hour later, I received a bouquet of flowers from my Jewish friends at NFTY-Southern, my youth group, delivered straight to the hospice center.

The next few days were a blur of condolence cards, funeral logistics, and meal offers. I was prepared for reciting the Mourner’s Kaddish, sitting Shiva, and all of the other Jewish traditions I had learned about in Sunday school; but no one prepared me for the most unique, meaningful tradition: providing the grieving family with overwhelming amounts of food and company.

My Southern Jewish community did not let me down.

Throughout the months of March and April, I don’t believe that my father or I cooked a single meal. Our tears were soaked up by cornbread and brisket that arrived by the acre at our house in Birmingham, Alabama.

In the weeks following my mother’s passing, I learned that most people have no idea what to say to someone in mourning. When I returned to school, I had people that I had never talked to in my life offering me condolences, and offering to talk to me “if I needed someone.” These condolences came across as insincere and were more annoying than comforting to me.

However, I noticed that my Jewish friends and family did not simply offer me condolences, or look away. They showed up. They did things. My kehilah kedosha offered to help my father and I directly with whatever we needed. They came over and remembered the happy times with my mother and made us laugh when we wanted to cry.

In the five-year span between 2012 and 2017, I lost my mother and all four of my grandparents. I’m no stranger to funerals and mourning. I noticed that during all of my experiences with mourning, the greatest source of comfort has always come from my family and my Jewish community.

There were so many moments that instilled in me the value of my Southern Jewish community, and one in particular stands out. I’ll never forget the moment that I dropped the traditional shovelfuls of dirt on my mother’s casket. As I stuck the shovel back in the pile of dirt and returned to my seat, I knew that I wanted to give back to the community that had given my family so much comfort and had been there during the most trying times.

In that moment, I decided I wanted to work in Jewish education, to inspire the younger generation to become active members of a community that had given so much to me.

And five years later, here I am, an ISJL Education Fellow – committed to showing up, and supporting the Southern Jewish community that showed up for my family in our hour of need. 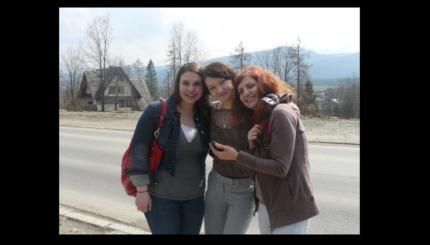 From Florida to Poland to Mississippi, my big soft spot is for small communities.

I am remembering a Jewish Universal mother. This woman was small in stature yet grand in her effect. A mother ... 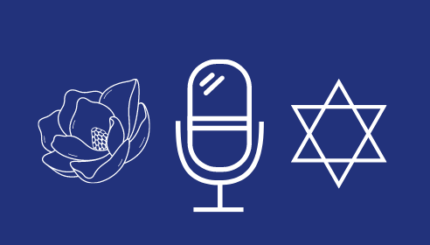