We’ve just concluded the fall holiday season, a time of reflection. We’ve all been doing a lot of deep thinking, but sometimes it’s also okay to just zone out to your favorite show—and I spent some of my summer and early autumn doing just that! But then every once in awhile, your favorite fluffy show gets you thinking about something deeper, which happened recently as Bachelor in Paradise concluded around the holidays….

Yes, that’s right. Let me count this as my post-Yom-Kippur confession: I’ve been obsessed with Bachelor in Paradise.

It’s wonderful escapism, and usually, I enjoy every moment of it. But in the past few weeks, there have been moments that took me out of the show and into a concerning reality. While there are many things on the show that are benchmarks of unhealthy relationships, I think gaslighting is one of the most insidious.

Gaslighting is defined by Encyclopedia Brittanica to be “an elaborate and insidious technique of deception and psychological manipulation. Its effect is to gradually undermine the victim’s confidence in his own ability to distinguish truth from falsehood, right from wrong, or reality from appearance.” In other words, when a person tries to convince their partner that they are crazy or that something didn’t happen in order to direct blame off of themselves.

For those of you who were not following the show, here’s a very brief recap of the situation. Chris, also known as “The Goose,” and Tia went on a date. During this date, Chris told Tia that he was fully invested in her and wouldn’t accept a date with anyone else if he was asked. He then proceeded to kiss Krystal a brief couple of hours later. When Tia found out about this, she confronted him, which is where the gaslighting begins.

Their following conversation is laced with profanity, but here are the essentials. Tia confronts Chris with the difference between his words and actions, and he denies that anything has changed.

Tia persists with factual information of what he had said before, while Chris claimed that there were no facts, and she made no sense. I’m going to skip ahead a bit here, to where Tia decides to take herself out of the situation and not pursue Chris any further. At this point, Chris says that he had already made the decision to pull himself out of the relationship before this conversation even started.

If you’re confused right now, trust me, you’re not alone. At this point, Tia gives up and exits the conversation; and Krystal, for reasons unknown, decides to date Chris. Unfortunately, these kinds of interactions don’t only happen on television, this just happens to be where it’s highly publicized. This is happening to women every day, and it strikes me as incredibly against Jewish beliefs. Traditionally, every Friday night the song/poem Eshet Chayil, or Woman of Valor is recited. I’ve included here the first three lines:

A Woman of Valor, who can find? She is more precious than corals.

Her husband places his trust in her and profits only thereby.

She brings him good, not harm, all the days of her life.

While this is a somewhat outdated song (a beautiful modern update can be found here), I believe the point still stands. In the Jewish tradition a woman should be respected, trusted, and given faith and honesty. Gaslighting seems to me as one of the greatest forms of disrespect. Not only is it lying, but it attempts to undermine a woman’s base levels of sanity and trust in her own memories and beliefs. I think the men of Bachelor in Paradise, and everywhere, could learn a lesson from our tradition of praise and respect.

In conclusion, for those of you who did watch the show, may you find yourself a Grocery Store Joe, and don’t fall for the antics of a “goose.”

For those of you who didn’t – and for all of us, really – here’s to sometimes finding surprising takeaways from our guilty pleasures.

Here’s to the next season (of holidays, and of escapist television that just might teach us deeper lessons). 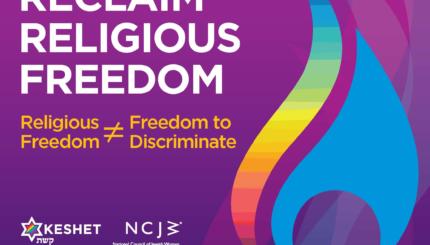 Why we need to #ReclaimReligiousFreedom

I stumbled upon this fascinating video (below) of Meir Kahane debating Ehud Olmert on ABC News (Nightline?) with Ted Koppel. ... 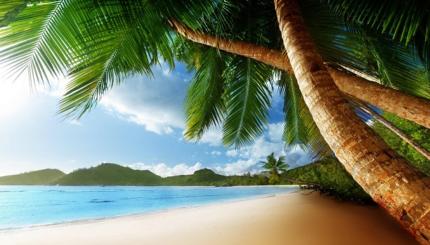