Series: A Letter to my Younger Self

OK so, It’s 8:00 p.m, in the middle of the summer, at camp in the middle of nowhere.  You are making plans for later that night. You’ll sneak out of the bunk and walk through the pine trees and wear dark clothes so you don’t get caught. You’ll meet on the stage (no one ever looks down there) and hang out for a while, before you go back to bed. After all it’s summer camp, you’re supposed to sneak out and meet up with boys and come home with stories to giggle about, right?

OK so, it’s about 2:00 a.m., later that night. You are  16 years old, lying on your back on an empty amphitheater stage counting stars. It’s impossible to count all of them. The stars are bright and beautiful and so numerous that a kid like you—from the suburbs, the land of streetlights and light pollution—doesn’t quite know how to handle it.

OK so, It’s 2:30 a.m., and maybe you’re crying. Just a little bit. Not enough that’s it’s embarrassing. You won’t allow yourself to be embarrassed by stuff like this — by boys who want to kiss you, who you tried so hard to want to kiss, who come close and then you panic. Break down. Unsure of yourself and unsure what to do.

If you could just find the right boy this wouldn’t happen. Or maybe if you could stop thinking so hard and over-analyzing. Or. Or. Or any one of a million things that never seem to work.

OK so, now you’re 18 years old and it’s early fall, 8:00 p.m., and you’re making plans for later that night. You’ll meet at a friend’s house, have a few drinks and then all head over to a party together.

You don’t make it to the party.

You make it to the couch in the living room, curled up in a ball, while your friend rubs your back and plays with your hair and you cry and talk for maybe an hour.  About how you want to tell people that you like girls, but that you’re scared and you’re nervous and you’re feeling too much. Everything bubbles out of you. The things you’ve been wanting to say for forever, that have been on the tip of your tongue just waiting to spill out. And they do. And you feel better.

You’ve never been the kind of person who’s good with wishy washy answers. You like definitives. A yes or a no. Not a ‘maybe’ or an ‘only if…’ or any of that other nonsense.

I think that’s why this whole thing is so hard for you. Because it’s a process, a gradual one. Of telling one person and then telling three people and then a few more.   It’s not like flicking a light switch. You can’t just unfurl a banner and call it a day. I guess some people can; but not you.

Not that you’d want to. You’ve always been a little shy—a little nervous to share too much or speak too loudly, and draw too much attention. And this feels personal. So you hold it in. At least for a little while longer.

OK, so it’s June 26th, 2015 at 10:00 a.m.  You’re 23 and you’re sweaty and gross and covered in mud and you haven’t slept in maybe two days. You’re working at camp and having a blast, and maybe more tired than you have ever been. You take a seat in the office and pull out your laptop and start refreshing twitter every 10 seconds. You know today is the day the Supreme Court will rule in the case of Obergefell v. Hodges—deciding on the legality of equal marriage in the United States, and you’re anxious. You need to see the decision come in.

You click refresh and there it is. You cry a little. You cry a lot. And, because you’ve always been a little over-dramatic, you write an email to your parents telling them a) you’re queer and b) please do not try and call about it because you don’t want to have a conversation. You slam your laptop shut, turn off your phone and run back outside. Your parents are not pleased. Not because of your queerness, that they respond to with nothing but love and uncomfortable comments that are their way of trying to be supportive. It’s the whole “don’t’ call me” thing they have a problem with. Which, fair enough, but also you still feel uncomfortable. You’re trying, slowly but surely, to let them in. It’s a work in progress, but it feels like work worth doing.

OK, so it’s 8:30 am and you’re 24 and you’re sitting in a staff meeting at work and people are just idly chatting, waiting for the meeting to get started. You’ve only been here a few days, but you’re excited. You’re making a to-do list on your notepad and kind of sort of eavesdropping on the conversation happening next to you. The woman speaking makes a homophobic joke and the man she’s talking to laughs, and you sit up a little straighter. Look around the room, and steel yourself. No one here knows, and no one here will know. This isn’t going to be a place where you can talk about yourself.

There are a lot of those places. More and more every year, it feels like. And it’s hard to keep track, to do the mental math in your head to figure out when you can talk and when a stray comment you make without thinking will be the reason your new coworkers don’t talk to you. So you guard yourself, become quiet. It’s hard, but it’s necessary. You don’t know what the other choice is.

You’ve lived a lot of places and done a lot of things, and been a lot of versions of yourself. But this one—26, living in Boston, 2 roommates, overly fond of bright lipstick, way too many books and not enough items of warm clothing, working at a Queer Jewish organization and feeling free to be both Jewish and Queer in equal measure—feels right. It feels exciting. It feels like progress. It feels good.

You don’t have all the answers now. You never really will. But you’ll learn more and get more comfortable. You’ll make queer friends and go on good dates and bad dates and mediocre dates. You’ll love people and like people and hate people, and spend too much time thinking about Janelle Monáe. But that’s cool. That’s growing up. That’s what gets you here. 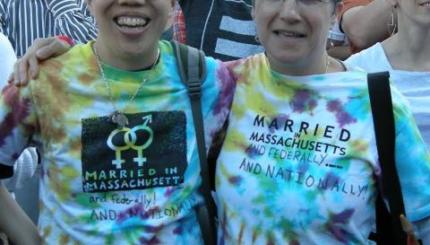 A Letter to my Younger Self Series: Ailsa

Dear Ailsa,It may seem strange, this being a letter from the future. The last thing you want right now is ... 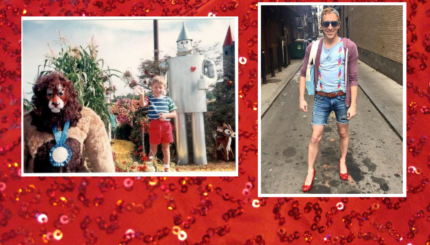 Part 4 of a longer series of posts in which members of the Keshet community write letters to their younger selves. Today’s letter is written by Keshet’s National Director of Education and Training, Daniel Bahner. 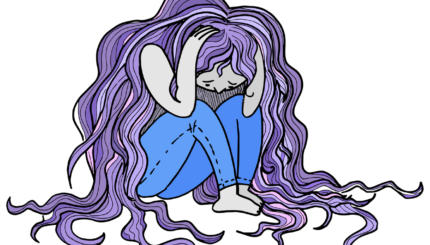 Supporting someone through an emotionally stressful time is tough, and you don’t always know what to say. These tips can help you help your friend.