We Are Prodigals Returning to a Lonely God

Many years ago I heard a parable about Rosh Hashana and Yom Kippur that I later repeated many times over to my students. This is a time to take stock and figure out where exactly we are holding with our lives, just as once a year a store owner closes down to take inventory. Let’s say someone owns a shoe store. They have to count how many pairs have been sold that year and how many are left, and they also have to learn what types of shoes sold better and which remain on the shelves, unsold. That’s the only way to do better next year. So also, in our own lives, we must look at our deeds and judge ourselves – how much good did we do and how much bad? Where did we go wrong? What are our weak points?

For much of my adult life, I have tried to live in this fashion. I believe it has been to my great advantage. Making an accounting makes us accountable. Each year I have tried to improve on the one that preceded it, in order to grow.  I hope that I have become a better person.

But the parable – and a way of life fashioned according to it – only goes so far. When the shoe store owner takes inventory, he counts shoes, but he does not usually ask himself if selling shoes are what he really ought to be doing, or if footwear could perhaps be designed differently or even done away with completely. He stays within the parameters of a shoe store owner.

And that is good. Otherwise, he might lose focus and never complete the inventory. He might get so caught up in the bigger questions that he might never learn how to do his job better next year.

But it is also bad. Because as good as he may become in doing his job, he will never go beyond doing his job. Perhaps he could have made a real breakthrough if only he had asked himself questions that are not usually asked during inventory. Instead, he will remain stuck in his paradigm.

A life of stocktaking and recalibrating – what we call in Hebrew teshuva – even done well, can bring us to be better at living within a circumscribed domain that is smaller and smaller. Our successes at making ourselves better people within the system may cause us to turn inwards and gradually lose sight of most everything outside of the system. We develop tunnel vision that begins to blind us to whole worlds outside of our paradigm.

These days between Rosh Hashana and Yom Kippur are the season of teshuva. But teshuva that enables us to stay within our comfort zone becomes teshuva that imprisons and even enslaves us. And that’s when shoebox Judaism becomes downright immoral.

We may repent for not waiting a full six hours between meat and milk, while complacently ignoring the terrible cruelty that occurs in our slaughterhouses. As we repent for losing our temper and raising a violent hand against our children, we are liable to turn a blind eye to Israeli’s export of weapons of destruction to the four corners of the universe. We express contrition for idle gossip in our synagogues, yet may be inured to the terrible way that we talk about (and treat!) asylum seekers who have come to seek shelter within the borders of the Jewish state. As we express sorrow for neglecting to ritually wash our hands in the morning, we may continue to waste water, pollute and destroy our environment with impunity. And as we repent for the cold shoulder we give to non-Jews who have converted to Judaism and joined our communities, we give no thought to our condescending attitudes and arrogant behaviors towards gentiles the world over who have not converted to Judaism.

And then we have the Palestinians. Almost two million of them live in the open-air prison that is called Gaza. The Israeli military regime controls major parts of the lives of over two million more in Judea and Samaria/the West Bank, denying them many basic human rights and dignities. And we beat our breasts on Yom Kippur for the sin of sordid selfishness, not seeing how our exclusive focus on our own right to self-determination has contributed to denying that same right to another people. The guilt is not exclusively ours, but not to consider that we bear some of the responsibly is well near inexcusable.

We beat our breasts for the sin of ‘roaming eyes’ at the same time that we sin by not allowing our eyes to roam beyond the borders of our own identity and our own narrative.  We thereby condemn ourselves to a life of alienation from God’s larger creation.

Yes, there is a danger in connecting ourselves to the larger tapestry of creation. Our desire to disrupt our own self-satisfaction may disrupt more than we bargained for. We may lose our bearings. Our parochial identities may begin to shed some of their glitter. We may feel ourselves falling, questioning that which we have never questioned before.

But for me, there is no other way than to live dangerously, with my eyes wide open. Living with blinders on is far more dangerous. We must live between two dangers, constantly balancing and rebalancing between the shoeboxes and Pandora’s box.

Our rabbis instituted that on Yom Kippur morning the prophetic reading includes these words from the prophet Isaiah:

Is this the kind of fast I have chosen, only a day for people to humble themselves? Is it only for bowing one’s head like a reed and for lying in sackcloth and ashes? Is that what you call a fast, a day acceptable to the Lord?

Is not this the kind of fasting I have chosen: to lose the chains of injustice and untie the cords of the yoke, to set the oppressed free and break every yoke.

Even at its very best, shoebox Judaism and shoebox teshuva will never allow us to fulfill the spirit of Isaiah’s exhortation. Pandora’s box is calling. 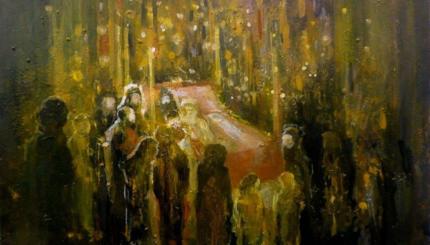 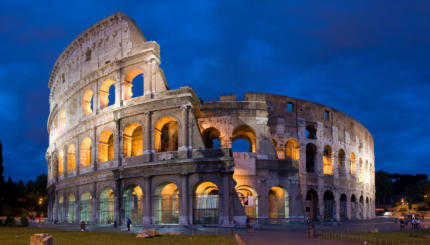 Maybe the New Year Will Make the Messiah Come…

There is something about the new in the new year that inspires a sense of “I can do this!”