On Monday, May 14, the new American Embassy opened in Jerusalem.

On Monday, May 14, riots broke out on the Gaza border.

On Monday, May 14, some media outlets were praising the United States for moving the embassy.

On Monday, May 14, some media outlets were accusing Israel of needlessly killing Palestinians.

On Monday, May 14, we saw pictures of happy politicians and Israelis.

On Monday, May 14, we saw pictures of children and youth with blood and being shot.

On Monday, May 14, we heard from the Left and from the Right, in America and in Israel.

On Monday, May 14, the truth became blurred and the pictures were sharing only half a story.

On Monday, May 14, many Jews and non-Jews across the world became confused about what to think, what to feel and how to respond.

So on Tuesday, May 15, I jumped into the Deep End. While I still didn’t know exactly what to believe or what to feel, I knew I had to begin the conversation with those around me; even close friends were reaching out, asking what to believe, what to follow, what to think.

So on Tuesday, I started a conversation with our tween and teen students.

I gathered multiple pictures from various different news sources and threw them into a power point.  These pictures depicted the good and the challenge, Jerusalem and Gaza, Americans and Israelis, the left and the right. I added pictures of some of the speakers at the ceremony, including Prime Minister Benjamin Netanyahu, Ambassador David Friedman, Special Advisor to the President Ivanka Trump, Evangelical Pastor Robert Jeffress and Rabbi Zalman Wolowik, director of Chabad of the Five Towns in Cedarhurst, NY, just to name a few. I put up maps of Israel on the wall, and then we jumped right in.

The conversation began around media and news and quickly moved to everything from embassies and ambassadors to the outline of Israel’s modern history, to Jerusalem, territories, rights, treatment of others and so much more. We discussed the speakers, why there are questions about certain participants, why some people feel one way, others another, and how important it is to read, listen, ask questions and dig deep for the truth.

What is my ultimate goal? To teach my students to love Israel, but more than that, to teach them that we can struggle with Israel, and still love Israel. Teaching to struggle is much harder than teaching to love.

As a teacher, I don’t always know how much is sinking in with my students. Yet when I returned home Tuesday evening, I knew those conversations had made a difference. Every child was finding their curiosity, embracing perspectives and was trying to balance kindness, love, hope, and fairness. One student sent me a video she saw on Snapchat about the very issues we were discussing, Snapchat being the language these students speak.

I simply asked: “Did you understand it?”

And she responded: “Yes, and thanks.“ 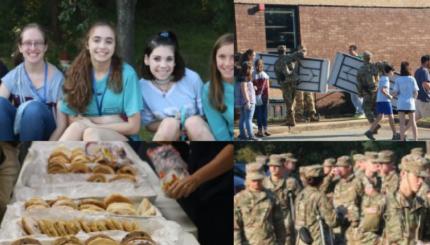 Turn Off The News And Love Your Neighbor

Tuning in is important - but sometimes, taking a break and making human connections is more important 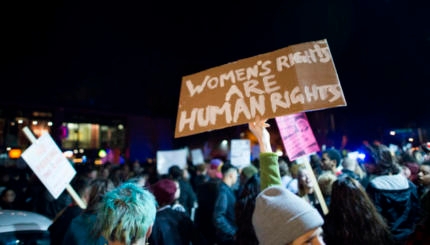 A former head of school and longtime educator reports on his experiences with Jewish day schools.