In Psalm 90, we are told, “Teach us to number our days, that we receive a wise heart.” What does it mean to have a wise heart? Last week, we celebrated the holiday of Passover, which is a holiday that retells the story of the path from being a people by virtue of kinship, to that of being a people by virtue of a common value system, and a mission to make the world a fit and holy place for the divine through our actions and the development of a common value and cultural system. It is the story of our roots. Jews  spend a lot of time looking backwards. Throughout the Torah, we are constantly reminded of our days as slaves. The retelling of our root-story at Passover, the reliving of this story reminds us of the necessity of empathy for the oppressed, and also reminds us of our own humble beginnings.

But on the starting on the second night, we interrupt the reliving of that story with a brief moment to count the Omer.  For the remainder of Passover and beyond, for seven times seven days, we number the days until Shavuot, matan Torah, the giving of the Torah.

One might say, if the Omer are the days we are taught to count, then isn’t the Torah our heart of Wisdom that we will receive? Of course it is. But it is the counting, in many ways that is the most important part – more even, perhaps than standing at Sinai.

When we left Egypt, we were a ragtag bunch of individuals. We were slaves. We had no vision of the future, no desire other than to flee Egypt. We went, without knowing where we were going. And because of that, it was easy to get lost.

And in fact, right away, we started complaining. Many of us wanted to go back to Egypt – to the foods we liked, the places we were comfortable with – the devil we knew.

It’s easy to do things in the same way you’re used to doing them.  In fact, for most people – slaves or not- it’s easier to do what you are used to, than to change – change is very, very difficult.

But to get to Sinai, to receive the Torah, we had to be transformed from a loosely related group of individuals and the erev rav – a bunch of other random people who came along-  into a people. We had to change from people who longed for the leeks and cucumbers of Egypt, to a people who could eat weird dandruffy-looking manna – as they called it “man hu” (“what is it”) because we had to go a long way without many resources. We had to grow from a people who knew what to do at every single moment only because we had people with whips standing over us, to a people who could receive a national law, and implement it for ourselves with a system of elders and judges.

There is no easy way to make  change. And so we count, seven times seven  — seven is the number of wholeness, completeness,  the length of a week ending in Shabbat – we count seven times seven until we reach Shavuot, and each day, we must change one small thing until we have reached the foot of the mountain and are fit to stand before God.

It is a monumental challenge that God asks of us. How many of us have really succeeded in changing our lives? Certainly there are moments where our lives branch— what college do we go to, what do we major in, do we marry or not and whom?  Have children? How many? What job do we take? How long do we stay there? – and so on. But the truth is that most of us, most of the time— and often, even for these monumental life decisions— don’t really think them through first.

There are extensive psychological studies that show how humans make decisions: We like to think that we’re rational creatures, that we weigh all the facts and then make a decision. But in fact, it’s pretty clear from these studies that most of the time, even for rather major decisions, we are ruled by our impulses, and it is only after the fact that we come up with reasons for the decisions we make— here’s the irony— even as we are doing it, we don’t notice.

The Jewish system of halacha, law, is  an excellent response to this: We develop our impulses and instill into ourselves good habits, so that when we make a decision out of impulse, it’s the right one. And this is what the Omer teaches: practice, repetition, incremental shift, developing a new habit.

For most things, a regular way of doing things is enough. There are good habits to develop that are a little harder – like the way we act towards the stranger.  For that, we need a little more training. But sometimes, one must make large changes.

Teach us to number our days, that we receive a wise heart.

The end of  this psalm (Psalm 90) isn’t usually quoted along with this verse, but it is perhaps instructive:

The heart of wisdom isn’t given, it’s shaped.  It comes from seeing that your life, your family, your community, your nation, is at a tipping point.  And realizing that you must change,  because there is no going back to Egypt.

Is it (Mentally) Healthy to Fall Apart?

Falling apart is a kind of strength.At least, that’s what I’m learning as I reflect this week on the meaning ... 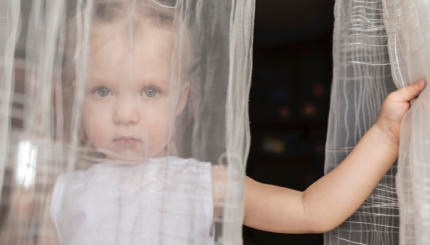