I went to the local town hall meeting with our State Representative, Buddy Carter. The small theater at the local college overflowed with people but not by a lot.  Maybe 30 people were standing while another 150 were seated.  It was 10 a.m. on a Thursday morning when most people in my largely working-class city are out working.  Someone asked if Mr. Carter would vote to defund Planned Parenthood.  He sidestepped the question, and the crowd began chanting — yes or no? Yes or no?  He paused, waited for the din to subside.  As he began speaking, someone shouted out, “If you want an abortion shame on you!” To which someone else responded, “Shame on YOU!”

Have you seen that episode of Game of Thrones?  The mean queen must walk through her city, hair shorn short, naked as people throw trash and worse, shouting at her “Shame. Shame. Shame.”  It was surreal at best to hear this fictional scene brought to life.

Psychologist, researcher and shame expert, Dr. Brene Brown says “Shame is a focus on self…Shame is “I am bad… I am a mistake.” What a horrible thing to wish or gift to someone else by saying, “Shame on you.”

But what if instead of rejecting the painful nature of that moment-everyone pointing at and demonizing everyone else-we opened ourselves up to it instead?  As each person chanted “shame” at someone else, that person must inherently understand the depths of the anguish of the other because it matched their own agony. Simultaneously, everyone in that room was standing in the shoes of everyone else in that room.

Rabbi Berel Wein, Jewish historian and author writes the following regarding the virtue of shame. “As long as shame existed the possibility for repentance and self-improvement also existed… Only when the sense of shame disappears does hope wane for a change for the better”

Shame, when we are looking at our own selves, can serve as a tool to inspire change. Now, those assembled did not feel shame about their own position regarding abortion but perhaps getting in touch with the shame one might feel for name calling and publicly insulting another human being might be the gateway into some real change.

Shame separates us.  But, Dr. Brown tells us that “If we’re going to find our way back to each other [from shame], vulnerability is going to be that path.”  She further shares, “vulnerability is not weakness, it is pure courage…  I’ve come to the belief that vulnerability is our most accurate measurement of courage — to be vulnerable, to let ourselves be seen, to be honest…vulnerability is the birthplace of change.”

For all the finger pointing and criticizing that was happening today, I offer these words by President Theodore Roosevelt and invite all of us to enter the arena. “It is not the critic who counts; not the man who points out how the strong man stumbles, or where the doer of deeds could have done them better. The credit belongs to the man who is actually in the arena, whose face is marred by dust and sweat and blood; who strives valiantly; who errs, who comes short again and again, because there is no effort without error and shortcoming…who at the best knows in the end the triumph of high achievement, and who at the worst, if he fails, at least fails while daring greatly, so that his place shall never be with those cold and timid souls who neither know victory nor defeat.”

To sit and point fingers is sitting on the side lines watching the drama. But to truly be a brave warrior for change and for justice, we have to enter the arena. This is what it will take-no more and no less, to change the tenor of our relationships with one another in our country, to come together, to stand up and to move forward. Shame, turned to vulnerability turned to courage. Come in. 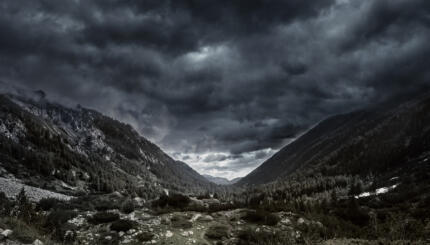 Psalm 23: Who Walks in the Valley of the Shadow of Death?

These words are commonly understood as reassurance that God accompanies us in our darkest moments, but some ancient rabbis understood them differently. 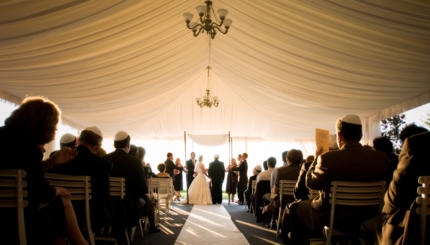