From the Plains of Moab to Pemberley

This week’s Torah portion (Parshat Pinhas) is one of the two in which Serach, the daughter of Asher, the son of Jacob is mentioned (the other being way, way back in the Book of Genesis). She is an interesting character — one of two whom the midrash claims did not die, but physically entered into the world to come, and like the other such person, it is part of her role to identify redeemers. She first serves to identify Moses as the one who will redeem the Israelites from Egypt, and it is said that she will eventually serve to help identify the messiah. There is also a tradition that she is identified in the time of King David with the wise-woman of Tekoa.

It is perhaps no coincidence that she appears in this Torah portion with other famously wise women —  the daughters of Zelophehad. These five women pointed out an unfairness in the laws of inheritance of the time – that if a man had no sons, even if he had daughters, they could not inherit their father’s land. They went to Moses and made an argument that the law was unfair and should be changed.

Moses, to his credit, did not simply dismiss them, but brought their case before God, who confirmed their argument, and instructed Moses to change the law. The rabbis of the talmud were quite taken with these women, asserting (Bava Batra 119b) “The daughters of Zelophehad were exceedingly wise, knew well how to expound Scripture, and were perfectly virtuous.”

It isn’t that we haven’t known for millennia that women can harness political power, or be wise, or even because women can be just as spectacular schlemiels as men, but there is a taste of redemption in being able to walk into the tent and change the laws as part of the normal body of humanity, asserting our equality and ability, rather than asking someone else to do it for our benefit  – and hoping that they’ll agree with us what is to our benefit.

“Zelophehad” means “shadow of fear,” but his daughters came out from under that shadow.

Serach was assuredly standing by the tent that day, as Makhla, Noa, Khogla, Milkah and Tirtzah dared to argue with heaven that the law was unfair. And she remains with us today, each time someone stands up and refuses to accept “the way things are.” Because it is that which brings redemption — not a messianic figure blustering that only he can save you, not even a quietly decent figure leading a social change movement. No single person is the redeemer — it is in us standing together as sisters, calmly insisting on what is right, making the arguments that need to be made and going to the highest levels to do so, changing what-is to what-ought-to-be, together, that redemption occurs.  And, no doubt, Serach is waiting impatiently to announce it. 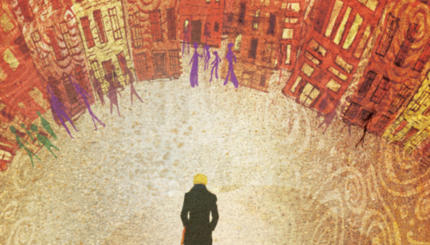 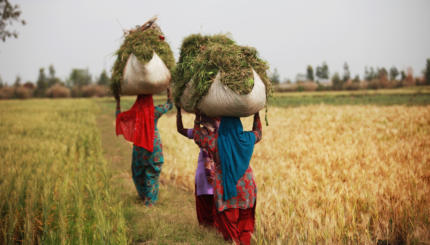