This February, for the first time ever, the ISJL is hosting a reunion of all of the alumni of our Education Fellowship Program. Almost 40 young professionals have now completed this immersive two-year Southern Jewish experience. As we get ready to convene this great group, the three former Fellows who still work full or part-time for the ISJL will be sharing reflections on their time as Fellows. Our third and final (for now!) installment comes from Beth Kander-Dauphin, a 2003-2005 Education Fellow.

Not to date myself, but… well, the title of the blog does just that: I was an Education Fellow from 2003-2005, which means it’s been more than a dozen years since I began my journey with the ISJL.

The truth is, I actually never applied to be an Education Fellow. I’m a writer, passionate about stories, and also interested in filmmaking — so when I saw a Jewish organization in Mississippi advertising for an Oral Historian to hit the road and document individual stories of the Southern Jewish experience, I was very interested. That’s the gig for which I submitted my resume.

A few weeks later, after some email exchanges with Dr. Stuart Rockoff (who, for some reason, I pictured as 60-something and heavily bearded — not the case), I had a message on my answering machine from Macy B. Hart.

Side note: Yes, I did say “answering machine.” It was a vintage tool that recorded messages from missed calls placed to the landline number I shared with my two college housemates. This was 2003, and I was a broke college student in Massachusetts. I had just acquired a cell phone (I was a small-town kid; some of my big-city-East-Coast-native classmates did have phones earlier, but I didn’t have the money for that, and anyway those bricks were HEAVY), but it wasn’t smart. And it lived in the car, not my purse. But I digress.

One of my housemates listened to the message first, and when I got home she said: “Uh, you have a weird message from someone who sounds really, really, really Southern.”

Side note: This housemate was from Connecticut, and had never met anyone from the South.

Fast forward to a few months later. Macy came up to Boston, where his daughter Leah was in grad school, and the two of them took me out to dinner. We ate Thai food in Cambridge while Macy talked about his vision for the ISJL Education program. Yes, he told me when I tried to steer him back to my original oral history job application, Oral Historian would be fun and all, but this was a brand-new two-year fellowship that would stretch my skills even farther! I would get to “sit in a seat no one sat in before”! I could build a new position, from scratch! Besides, I was from a small town where mine was the only Jewish family. Didn’t I want to work with an organization that served kids like that? And tried to make a difference in the entire community, Jewish and otherwise?

I moved to Mississippi in May of 2003, and hit the ground running at work. A second Fellow joined the team that summer, and our goals (along with some summer intern graduate students and a part-time education consultant) were borderline insane: draft 30 lesson plans, per grade, for grades K through 8, and make sure they were fully scripted and comprehensive and included activities and handouts; recruit communities to become pilot partners who would use this curriculum, send feedback, get visits from the Fellows, and attend a mandatory conference in Mississippi in August. Oh, yeah — and we also had to plan that conference.

Somehow… it all happened.

In August of 2003, representatives from 10 Jewish communities in our four pilot states of Alabama, Arkansas, Louisiana, and Mississippi (and Pensacola, Florida– we honored their request to be counted as ‘Alabama’) gathered at a camp in Canton, Mississippi, for three days of learning, networking, and preparing for the adventure ahead.

The next two years that I spent at the ISJL were incredible. We went from 10 education partner communities in the first year to 22 in the second year. I got to strengthen my professional skills, yes — and also got to meet fascinating people, visit historic sites like Helen Keller’s birthplace (pictured in the header image for this blog) and the Pettus Bridge in Selma, and introduced to seafood in Cajun Country and on the Gulf Coast. I got to address interfaith audiences in several states, sing alongside civil rights veterans at Freedom Summer memorials in a small church in Philadelphia, Mississippi, teach kindergartners in Alexandria, Louisiana how to sing and sign “Shalom Chaverim,” visit my own Alabama family frequently, form a true community for myself in Jackson… the list goes on and on.

It wasn’t easy in the early days. Long hours at the office, so many unknowns, getting used to the largest cockroaches I’d ever seen skittering their way across my humid Mississippi porch. But by the end of those two years, I couldn’t imagine having done anything else. That’s probably why, even though I’ve thrown in graduate school and a writing career and several years of working in advertising over the last decade (and most recently, a move to Chicago for my husband’s job) I still work several days a week with the ISJL, helping tell their stories.

Looking at where the Education Department is now — eight Fellows, supervised by two master Educators, serving dozens of communities across 13 states — not to mention almost 40 alumni of the Fellowship program! Looking back, it’s hard to believe how far this program has come. Walking into the office on my first day, with not a single page of curriculum written, no communities recruited, no other former or current Fellows, who could have guessed how much would happen?

Well. I guess one person always knew: Macy B. Hart. Thanks, Macy, for leaving me that “really, really, really Southern” answering machine message, taking me out for Pad Thai, and convincing me to move to Mississippi. It’s been an incredible journey.

Side note: I still think I would have been a good Oral Historian. 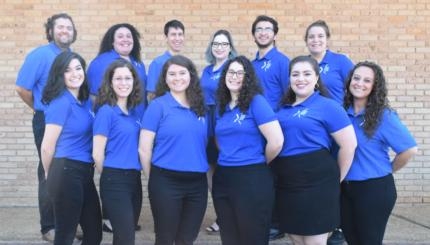 Once A Fellow, Always A Fellow

Or, How I Spent My (Southern Jewish) Summer Vacation

This February, for the first time ever, the ISJL is hosting a reunion of all of the alumni of our ...

The 5 Remaining Southern & Jewish Items on My Fellowship Bucket List

With three months left of my time as an Education Fellow at the ISJL, the final countdown of this Southern ...