Tu Bishvat: Tending the Garden of the Self

“He (Moses) said: “If you will listen diligently to the voice of HaShem, your God, and you will do what is just in His eyes, and you will give ear to His commandments and observe all His statues, then any of the diseases that I placed upon Egypt, I will not place upon you, for I am HaShem your Healer (Exodus 16:26).”

When God originally created the world, there was neither order nor disorder, it simply just was. Darkness and light shared the same time and space, the world was filled with chaos, and the physical realm was void of all order (Genesis 1:2). It was then that the Holy One spent the week ahead, a busy workweek it was! defining the boundaries of the universe, creating balance, creating Shabbat.

Man, as commanded by God, was not only given the responsibility to build up and guard the world (2:15), but also to be the master-crafter of each organisms’ fate (2:19), with uprightness and with justice.

Our rabbis tell us that when Adam was in the Garden of Eden, God took Adam on a tour of Eden and pointed to all of God’s creations. God then said to Adam “see to it that you do not destroy My world, for if you do, no one will be after you to fix it (Kohelet Rabbah 7:13).” We learn that it was Man’s role to steer the world towards uprightness. But just as quick and twice as subtly, as Rabbi Shimon ben Gamliel explains (Avot 1:18), Adam was also warned that if people’s actions may corrupt and bring the world to a place that is no longer sustainable.

Pharoah did not see the Hebrews, as a people of values that would soon plant the riches of praiseworthy mores for all civilizations to follow. Pharoah knew not (of Joseph) about or the Jewish mission to strike the balance of the spiritual and physical, and so Pharoah committed the greatest injustice against humanity—human enslavement. He threw the world into imbalance.

With the Exodus, came new possibility. At Sinai a new seal and covenant would begin, the seal of responsibility. At the mountain Jews claimed their responsibility to uphold higher moral standards so as to prevent further injustice around the world.

Moshe was shown the tree, the symbol of steadfast balance of sun and water, and the waters sweetened (Exodus 15:25). Reminding the world yet again, that balance can be achieved, and that prejudice, enslavement and human corruption will inevitably crumble.

Jews are about to celebrate Tu Bishvat, the New Year of the trees. And this year we are in the seventh and final year of agricultural cycle, Shmeettat Karka’ot. Both Tu Bishvat and the shemitah cycle remind us that the earth’s rest produces for us the greatest results. That by allowing for the world to exist uninterrupted, we create balance and healing. “You may sow your land for six years, and gather its crops, but during the seventh year you must leave it alone and withdraw from it, so the needy of your people will be able to eat (from your fields) just as you do, and whatever is left over will be eaten by wild animals (Exodus 23:10-11),” Stating clearly that harmonious existence of all living things must reign over dysfunction. 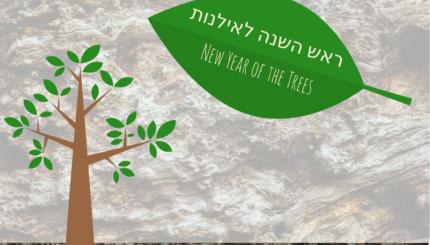 Reflections from an Orthodox Rabbi Shunned for Being LGBTQ-Friendly

The following are reflections from an Orthodox rabbi who was shunned by his community for standing up for LGBTQ rights.I’ve ...

Before attaining my Master of Social Work, I had the honor of helping many sick people live out their final ...