What Are the Nine Days?

As of yesterday, Monday July 28th, we Jews have begun “The Nine Days.”

You may not know what I’m talking about, and if you don’t, part of me is glad about that. Let me explain my hesitancy.

The secular date July 28th doesn’t mean anything specifically Jewish, unless of course you are talking about July 28th 1998, the day which the Cleveland Jewish News recalls as the day “Monica Lewinsky receives transactional immunity so that she can testify against President Clinton”—Jewish milestone indeed!!

“July 28th” is actually a Gregorian date. So really, how secular is it? But, that’s an issue for another time.

On the lunar-with-idiosyncratic-solar- modifications calendar, which is more often referred to as “The Jewish Calendar”, yesterday was not July 28th, but the first day of the month of Av. The ninth day of the month of Av, in Hebrew Tisha B’Av, is what my father calls “the day of destrrrrrrrruction.” After almost 50 years in America his English is impeccably clear, but you can tell when he is translating from Hebrew to English in his head when his R’s get elongated.

The Ninth of Av is indeed the day of destrrrrrruction. The day recalls the destruction of the First Temple, the Second Temple, the defeat by the Romans of our short lived Bar Kokhba rebellion, the 1290 Expulsion from England, as well as the end the expulsion from Spain in 1492. It’s a pretty crappy day (click here for observances for Tisha B’Av).

During the nine days, from the 1st of Av to the 9th, there is a sense of gloom and doom, which, during this time of war between Israel and Hamas is easy. Traditionally, during these nine days one does not see movies, go swimming, celebrate anything (except a Brit Milah, but even then the celebration is traditionally muted), eat meat, drink wine, or even launder cloths (9th of Av rituals).

My hesitancy in pointing out The Nine Days for those who don’t already know about them already is ultimately this: One sad day is enough. Our sages teach that all these terrible things happened on the same day so that our calendar would not be cluttered with sadness—so why extend centuries old grief? It is my contention that our troubles are numerous enough that we don’t need to extend ancient grief beyond the singular date of Tisha B’av.

But this year The Nine Days are different. Israel is at war. There are Israeli casualties to mourn and innocent, non-terrorist Palestinians to mourn as well. These are indeed “days of destrrrruction.” For Jews who, like me, do not usually observe The Nine Days, perhaps this year we should.

If you do not ordinarily observe The Nine Days, or, if the concept is entirely new to you, consider forgoing some everyday comfort you enjoy as an act of solidarity with those who are mourning personal loss because of war.

Give up one personal comfort every day, not including Shabbat, from today until the 9th of Av as an expression of your heart’s desire to reach out in consolation, comfort, and support (This year, the 9th of Av falls on Monday, August 4th at sundown). 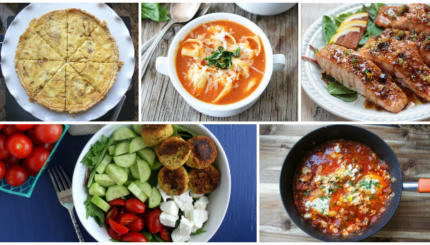 Nowhere to Run (And a Good Thing, Too)

Three friends are having a hard time. One laments being lonely unpartnered. Another tends a spouse with a tough prognosis. ... 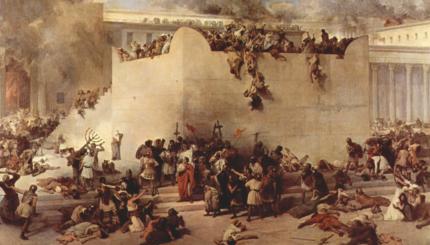 A Day of Disaster

Many calamitous events are said to have occurred on Tisha B'Av.