Reclaiming the Joy of Torah

Rabbi Jane Litman first presented these words of Torah for Simchat Torah in 2006, as part of the Torah Queeries online collection, which was inspired by the book Torah Queeries: Weekly Commentaries on the Hebrew Bible. Her message is just as profound and relevant today.

Wow! Here we are – we have accomplished so much. We were oppressed, then came together and confronted the oppression. We built a movement, resolved internal disputes, struggled with leadership, created a new set of social norms, overcame setbacks, and moved forward. It’s taken a long time – many years – but now, finally, we’re poised to reap the rewards of all our efforts…. Only to find that we’re back at the beginning! Sound familiar? No, it’s not the story of gay rights during the Bush years; it’s actually the underlying revelation of Judaism’s ritual Torah cycle.

This week, just as the Hebrew tribes are set to venture into the Promised Land, we who have journeyed with them this entire year must let go of the narrative moment and return to the beginning. How frustrating! It could never happen in a Hollywood movie, or even a Dickens novel. Where’s the climax? The great battle? The heroic resolution? Where’s the “they lived happily ever after”? We don’t even get a week to sort it through. On Simchat Torah, no sooner do we read the final verses of Torah – about the death of Moses – than we re-roll the entire scroll literally back to bereshit, the beginning, to the universe unformed and void. It’s an emotional shocker: no closure, no time to mourn Moses, no opportunity to find out what happens to the Jewish people. And we do this to ourselves every single year!

Every year we read the grand tale of the Jewish people from its “prequel” at the start of the universe, through its inception during the time of the matriarchs and patriarchs, its enslavement, liberation, and formation, only to break away at the cliffhanger, right before the big finale, the successful settlement of the wandering tribes in their own homeland. Sure, we can find out the rest of the tale. There it is in the book of Joshua. The Samaritans, who emerged after an early schism in Judaism, do include Joshua in their core texts (though they exclude the other prophetic works and the rest of the Jewish biblical and rabbinic canon). But Jews don’t read Joshua as part of our worship service. Torah ends in the wilderness, not in the Promised Land. Why does the Torah exclude the book of Joshua, the literary final chapter of the story? Why does that Torah reject a tidy satisfying closure to its epic tale?

There’s a message here. Our human lives aren’t like a Hollywood fairytale, no matter how much we try to make them so. Life is full of false starts, unresolved cliffhangers, incomplete closures, premature endings, repeat stories, and going back to the beginning. Life, like Torah, is a wandering journey in the wilderness, not a destination. Even the major developmental steps of a life – education, career choice, sexual identity, love relationship, family formation, geographic location, retirement – seldom come in exactly the right order at the right time.

This is even more true in the queer community. How many of my friends have “gone back to school” later in life? How many have children in their forties or fifties? How many spent their twenties or thirties (or later) negotiating a new gender or sexual identity? How many times have I myself come out? It never stops. Just when I think that I’m about to reach the Promised Land, wham! There I am back at the beginning! I think I’ve got it all figured out only to find that I’m unformed and void.

But there is a spiritual maturation in this seemingly endless cycle. As Jewish individuals, communities, and as a people, each time we return to the beginning, we do so with a bit more experience and wisdom. Though we didn’t reach the Promised Land, perhaps we learned a bit more in the last cycle of our journey. There is a richness and depth to revisiting important themes, both in Torah and in our lives. As we return to the beginning, we also get to look forward to a more complex future.

This year, how will I newly engage the Torah’s lessons: the Tower of Babel, Jacob’s stranger, Miriam’s bravery, the murmurings in the desert? What new insights and understandings will be revealed? How will I grow in my own unfolding torah cycle? When I hit that moment of “I’ve been here before,” how will my past learning allow change? Torah is a circle, but also a spiral. Each Simchat Torah, we return to the beginning, but we are changed, as individuals and as a people. It is both the same and different, and therein lies the revelation.

I did not have Simchat Torah this year. Bold statement, right? Some of you are probably thinking that I must ... 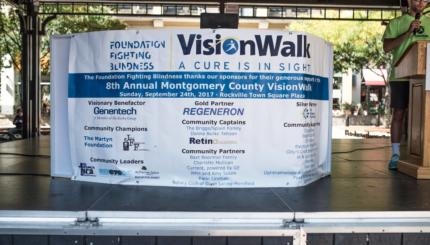 A Different “Vision” for Simchat Torah

What do you want to see with new eyes at this time of beginning-again?

This past Simchat Torah I had the fortune of dividing my time between two minyanim: the Mount Sinai Jewish Center in Washington ...