G*d is Everywhere… No, Really

With the intensity of our Fall Holy Days behind us, we find ourselves now in the month of Cheshvan. Known as Mar Cheshvan, or “bitter Cheshvan,” it is the only month on our calendar devoid of festivals or fast days. And it is for that reason that many have assumed it was given its alternate name.

Yet, exploration into the etymology of the word Cheshvan presents a shocking discovery; we have been mispronouncing the name. The names of our Hebrew months were derived from their Babylonian counterparts. Given that we were in Babylonia at the time our calendar was codified, it makes perfect sense. With Nissan being the head of the liturgical calendar, the month in question is the eighth month. Because in Akkadian, the language of the day, the “w” (vav) and “m” (mem) sounds can interchange, we see that Marcheshvan which is from the two words “m’rach” and “shvan,” would have been “warh” and “shman,” in Akkadian, corresponding to the Hebrew “yerech shmi- ni,” thus “eighth month.” Ashkenazic tradition incorrectly places a break in the name, “Mar-cheshvan.” Our Yemenite coreligionists have retained greater accuracy in their pronunciation “Marach- sha’wan.” Furthermore, Rashi (11th century, France), the Rambam (12th century, Spain, Egypt), and Ibn Ezra (11th century, Iberian Peninsula) all use the complete name, indicating the longer name as the known name.

And yet historical “truth” ought not invalidate the wisdom that might lurk within the folds of folk etymology. For a certain Cheshvan seventeen years ago turned bitter when the Israeli Prime Minister was murdered at the hands of a fellow Jew.

As my hand reached for the handle, the front door swung open . My father’s face was ashen as he met me at the door to deliver the horrific news, praying that I had not been listening to the radio. Yitzchak Rabin, z”l had been assassinated at a peace rally in Tel Aviv. Moments before his murder, he stood on the dais and, with pop star, Miri Aloni, sang these words:

And then, with seemingly-prophetic words still in his coat pocket, the assassin’s bullet tore through him and stole him from us.

The twelfth of Cheshvan. Set aside to celebrate my engagement to Warren with family and friends. What should have been one of the happiest nights of my life was marred by this terrible tragedy. Such an awful, awful night. For me and my family, it was surreal as we numbly maneuvered through a group of oblivious party-goers. The unrequited joy of the evening forever intertwined with a horrific reality.

And though peace seems less possible today than it did seventeen years ago, somehow we must continue to sing and to shout for that peace…

Perhaps there will come a day when the bitterness of this month will be no more. Until then, we pray and we hope and we find ways to bring sweetness to this world.

Keyn y’hi ratzon — May this be God’s Will. 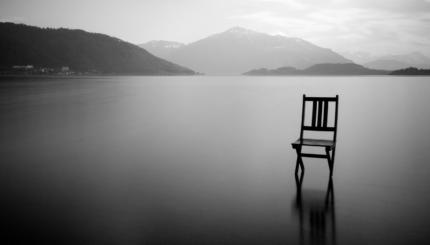 Exhaling After the Holidays

If we made High Holy Day promises, will we keep them?

Give Peace A Chance?

When news broke last week that Israelis and Palestinians had agreed to a new round of peace talks, how did ...

“The true test of a warrior is not without – it is within.”– Lieutenant Commander Worf, Star Trek: The Next ...