Here’s the thing about being both an author and a blogger: It makes you impatient. When I write a rant or draw a cartoon, I scan it in, click a few buttons, and — zoomba! — the world gets it. Or, you know, anyone who happens to be looking at my Twitter page at that moment. When I write a book, I send it to my agent, the editor, the publisher, the copy editor, and then, three years later, you can walk to a bookstore and pick it up.

I’m sure there’s some Jewish lesson I should be able to glean from this. Like, how Jerusalem wasn’t burned in a day or how over a thousand years passed between the time 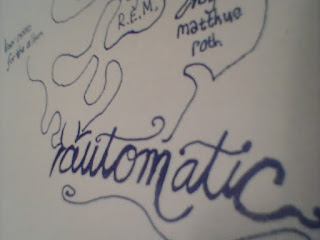 the Gemara was written and the time it was printed up in its first printed version, the Vilna Shas, the kind that we read today, with all the wacky columns and stuff.

Except, not really. Because the Talmud is called the oral Torah, and the essence of a story is in the telling, not when it’s written down and printed with a day-glo green cover and sent to a bookstore. There’s something about the immediacy of storytelling that the three-year publishing process, which is standard for the industry, has missed out on. And, weirdly, I think the Internet is bringing it back.

So, partly because I’m a naturally impatient person — and also partly because it’s 15,000 words, which is a weird length that’s way too long for a short story and way too short for a novel — I put out this new book, Automatic, and I did it myself. 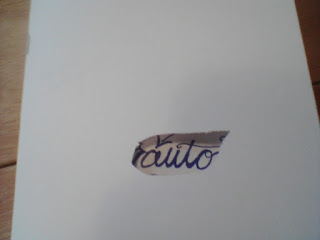 I didn’t just write it in a day. I spent most of a year editing it. I’d probably still be editing it, except that it’s sort of about the band R.E.M. (it’s also sort of about my best friend dying) — and, one day a few weeks ago, R.E.M. broke up. It’s now or never, I told myself. In the space of half an hour, I’d signed up for a Kindle author account. And then I hit send, just like sending an email — and, zoomba. I’d published a book.

Amazon is sort of a double-edged sword — yes, it’s crazy that they own half the universe, but it’s an author’s dream because THEY ACTUALLY SELL BOOKS. People who never go to bookstores, people like most of my family, will click on Amazon and buy a book in a second. (I also put it on Smashwords as a pdf — also $2 — if you don’t have a Kindle.) 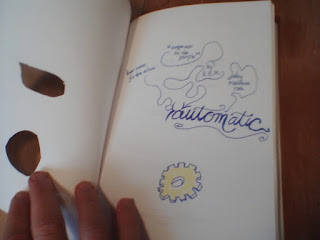 But I’m old-fashioned. I don’t own a Kindle and I don’t like reading long things online. Plus, I’m a design slut. I like things that look cool, and books that open like toys, and books that smell like books. So I designed a non-Kindle edition that does all the things ebooks will never do — it has hand lettering and easy-on-the-eyes layouts, and layouts on the page that (hopefully) make you feel like you’re luxuriating in something, not just squeezing the words out of a mass-market paperback. (But, I promise, no annoyingly coy stuff or Fun Fonts). I also made a die-cut front cover, because, dammit, books are meant to be touched. 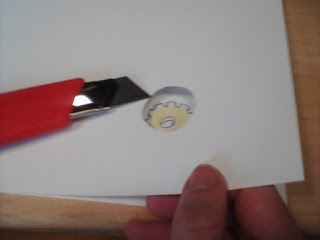 I showed it to my friend/icon/if-I-wasn’t-a-Hasidic-Jew-I’d-say-“idol” Richard Nash, who said, “Oh, it’s a zine!” And I thought, Oh, yeah — that’s it exactly. Fifteen years after being a teenage zine-maker, using a copy machine at my summer job, I’ve reverted to being exactly where I started. It isn’t glamorous, but hopefully, the product is. And there are worse things in the world. 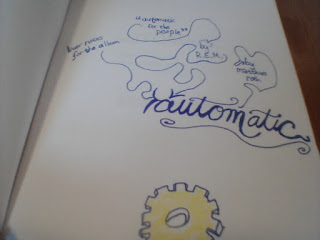 I know self-publishing is still a dirty word — it’s like Amanda Hocking said, authors shouldn’t have time to do all the stuff involved with publishing; we’re too busy being authors. And I’ve been really fortunate to have people like Scholastic and Soft Skull to take the foot-dragging stuff out of my hands for my big projects. But it’s also nice to finger this little handmade thing in my hand and say, dammit, this is mine.

The period immediately after your book comes out is a wonderful and strange time. On the one hand, the work you’ve done—which ...

This week, Joshua Cohen and Justin Taylor exchange ideas around book promotion, materials of writing, and the devolution of the author. Today, ...

Writers Should Get Up Early

As a glutton for torture (and as a recent parent, which is kind of the same thing), I’ve been taking ...