As one of the founders of the Jewish Renewal movement, Rabbi Zalman Schachter-Shalomi has labored his whole life to make Jewish and Hasidic teachings palatable to the current generation of secular Jews.

In some ways, Schachter-Shalomi has succeeded admirably. He’s created a legion of followers all over the world who collect and disseminate his teachings on books and videos; hold get-togethers, celebrations, and study events; and bring the essence of Jewish mysticism into their lives in new forms — just as the Baal Shem Tov, the founder of Hasidism, endeavored to do himself 3000 years ago.

On the other hand, some of the traditions innovated by Reb Zalman and his partners in the Jewish Renewal movement probably would have the Baal Shem Tov and his own cadre of Jewish innovators rolling over in their Eastern European graves — from the recitation of the Shema while performing stretches or meditations originally intended as the worship services of other religions, or redefinitions of marriage as unrestrained sex. What can’t be argued is that Reb Zalman has kept Judaism on its toes, new and profound and profoundly changing. 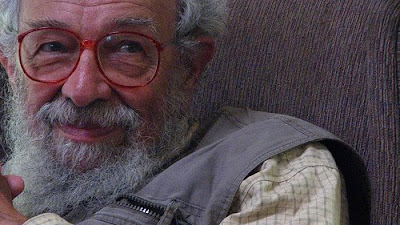 In his new book, A Heart Afire: Stories and Teachings of the Early Hasidic Masters, Schachter-Shalomi (along with his coauthor, Netanel Miles-Yepez) attempts to reconnect with the traditions of the Baal Shem Tov, his teachers, and his students. One part history lesson, one part biography, and one part religious instruction manual, this book attempts to get at the heart (sorry) of Jewish mystical thought through the people who shaped it.

Told mostly through stories, with a little bit of teaching and a good deal of anecdotes, this is a book written in the vein of a Hasidic gathering. Stories loop and segue in multiple directions. The authors will interrupt a story with another story, and then, in order to reconcile the two, they’ll tell — you guessed it — another story. It’s a technique that works surprisingly well, considering the density of the subject matter and the thickness of the book. The technique that separates each story, too, doesn’t seem like it should work — different fonts, italicizations, or boldfacings — but it’s a totally natural read, and it really feels like a panoply of voices coming at you, keeping a pace that’s both conversational and vibrant.

On one level, the stories are entertainment, meant to thrill and frighten, with supernatural predators that pose as humans by day and demons by night, or blessings that come in disguise as horrible sicknesses. These are folklore. But the lessons are also not lost; instead, the narrative voice — positioned not as a storyteller, but as the voice relating the

stories — can step in and offer analysis just as gracefully. Despite the hype/reverence/baggage that comes with Reb Zalman as a teacher and as an instigator, he really does have a seemingly encyclopedic knowledge, and he has tremendous insight. And a lot of that comes across in A Heart Afire, packaged and accessible.

One of the main criticisms of Jewish Renewal is that, in practice, it’s become insular and self-serving, and in more than a few places, the book almost subverts its own purpose. Schachter-Shalomi and Miles-Yepez are careful to explain every Hasidic personality mentioned — and skillfully using their explanation of concepts like pilpul, or hair-splitting didactic explanations, to further their points. At other points, though, they’ll name-drop semi-obscure ’60s personalities such as Don Juan, and concepts like shamanism without explaining them.

In some ways, the narrative tone of A Heart Afire is a case of preaching to the choir. But as someone who’s not nearly part of that choir, I’m still entranced by the book. From the comprehensive collection of the first “Baalei Shem,” or Masters of the Name — the Hasidic leaders that preceded the Baal Shem Tov, that is, most of whom have been lost to history — to the recounting of the odd, funny, and profound brotherhood between Reb Zusha of Anipoli and Elimelech of Luzinsk, there’s something fundamental, vivacious, and wholly glorious about these characters that Schachter-Shalomi and Miles-Yepez get. And that alone gives this volume a transcendent quality that supersedes age, ethnicity, denomination, background knowledge…and even whether or not you’ve ever seen the Grateful Dead.

(By the way, that great picture is taken from the Sufi website Pir Zalman Sulayman Schachter-Shalomi | Reb Zalman, the Sufi Shaykh. 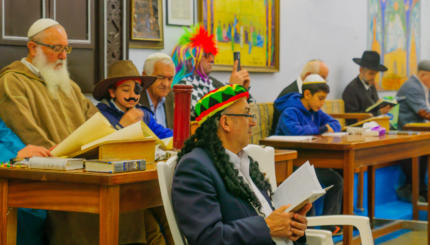