A recent issue of the Economist had a fascinating review of Edna Fernandes’ new book The Last Jews of Kerala: The Two Thousand Year History of India’s Forgotten Jewish Community.

Mattancheri is Indian Jewryâ€™s most famous settlement. Its pretty streets of pastel-coloured houses, connected by first-floor passages and home to the last 12 sari- and sarong-wearing, white-skinned Indian Jews, are visited by thousands of tourists each year. Its synagogue, built in 1568, with a floor of blue-and-white Chinese tiles, a carpet given by Haile Selassie and the frosty Yaheh selling tickets at the door, stands as an image of religious tolerance. Indiaâ€™s Jews have almost never suffered discrimination, except from European colonisers — and each other.

Despite what some of them claim, Mattancheriâ€™s Jews are not Keralaâ€™s last Jewish community, nor its oldest. In nearby Ernakulam there are about 40 Malabari Jews, of dark, Keralite complexion. Survivors of a community over 1,000 years old, with seven synagogues, now disused, and once extensive landholdings, the Malabaris were the privileged stewards of Keralaâ€™s ancient kings. But they were usurped by the white Jews, who arrived from Europe in the 16th century.

We have an article about Indian Jewry and Indian Jewish food on MJL, which refers to three Jewish communities in India: the Baghdadi Jews of Calcutta, the Bene Israel of Bombay and the Black Jews of Cochin. I Googled around a bit and it seems Cochin is part of Kerala.

The Economist has issues with some of Fernandes’ writing, but admits that she’s illuminated some amazing little stories.

These include the tale of a pair of poor Tamils, who regularly cross India to deliver free vegetables to one of Mattancheriâ€™s aged Jews. They have their eye on her house. In a futile effort to ingratiate themselves to her, one even gets circumcised. They are known in Mattancheri as â€œFools Number One and Twoâ€?.

And then there is Anil Abraham, a lighthearted young Malabari, who does not want to leave Kerala but fears that he must. He wants â€œa Jewish wife who will not give me a headacheâ€?. (MORE) 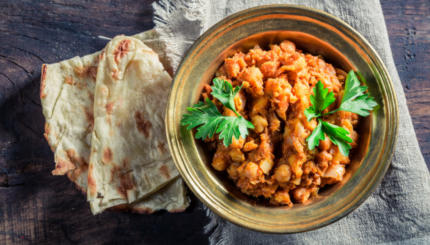 One of the best things about Jewish food is learning about how it interacts with the customs and cuisines of ... 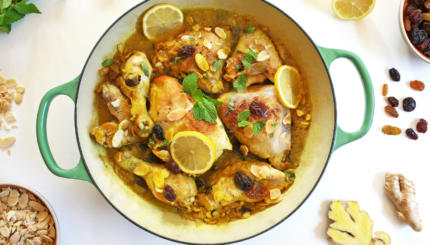