There is no substitute for eating a dish in its place of origin, preferably made in a home kitchen by hands that hold the muscle memory of thousands of meals. For me, a close second is stumbling across a recipe, trying it out, and feeling transported to a new place by its flavors. The vastness of the Jewish diaspora has gifted us with a wealth of interesting types of culinary mergers, and I particularly love exploring the Jewish food of India, where Jewish communities date back thousands of years.

There are three distinctive Jewish Indian groups that happened to be largely isolated from each other: the Cochin Jews of Kerala in South India, the Bene Israel Jews of India’s West Coast and Mumbai, and the Jews of Kolkata in East India (formerly known as Calcutta). In The Book of Jewish Food, Claudia Roden recounts how Shalom Cohen from Aleppo was the first known Jew to settle in Kolkata in 1798. Soon after, Syrian and Iraqi Jews followed and developed a strong community there, where they worked as merchants and traders and lived in harmony with their neighbors. Things changed in 1947 when India gained independence, and again in 1948 with the creation of the State of Israel; anti-Semitism grew as the Jews became associated with the colonial British power. During that time, most of the Jews from Kolkata immigrated to Israel, the U.S., England and Australia. This once vibrant Jewish Indian community is now all but gone from Kolkata. 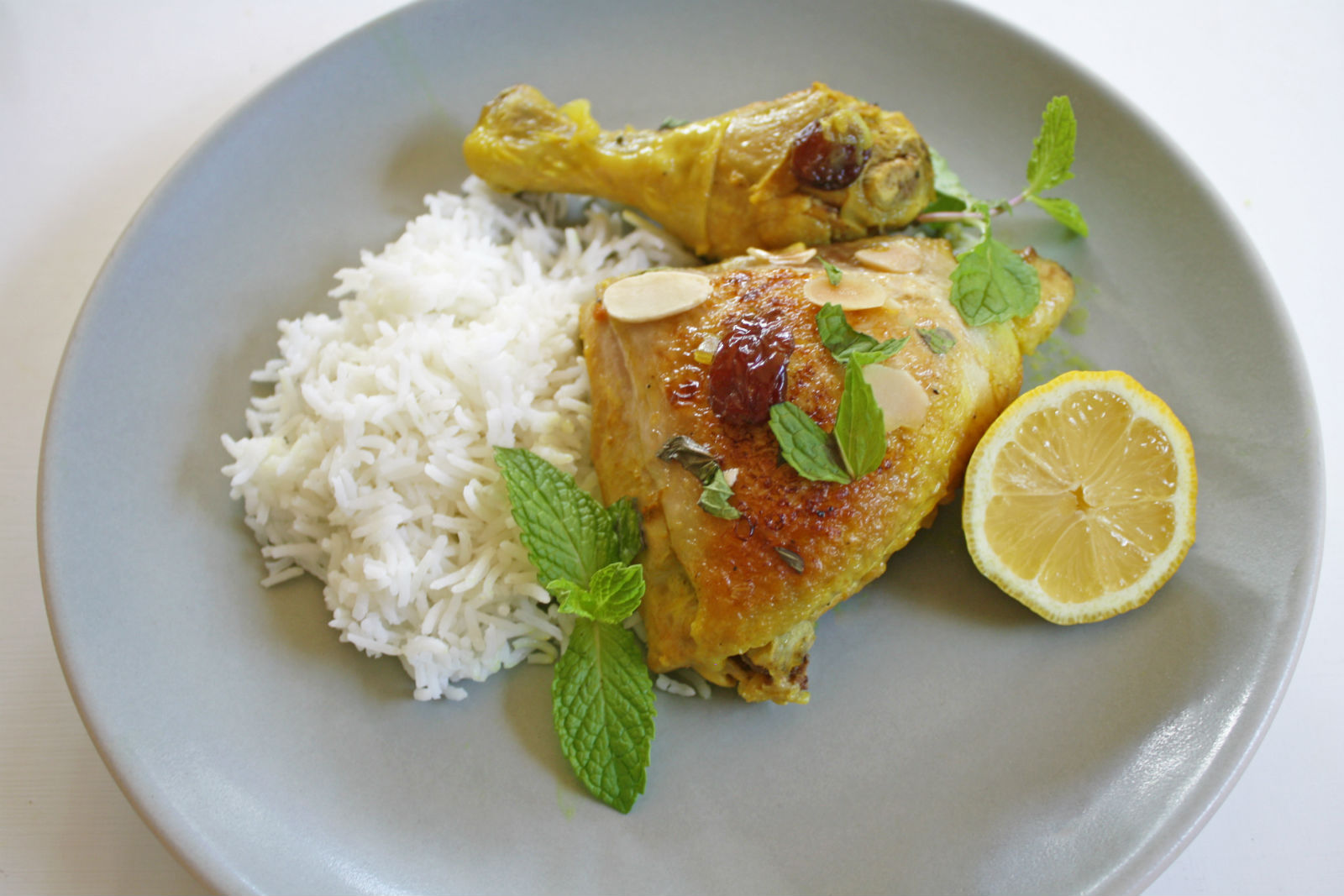 While only a handful of Jews still live in Kolkata, the food from this community has traveled with its people. Their style of cooking involves a combination of ingredients and preparations from the Middle East, with the spices and techniques of Indian cuisine. There are several cookbooks and articles devoted to Sephardic foods and Indian Jewish cookery that have documented some of the dishes of the Jews from Kolkata. I was first struck by a recipe I found in both Copeland Marks’ book, Sephardic Cooking, as well as in Indian Jewish Cooking, by Mavis Hyman. Mukmura (or Mahmoora) is a dish of chicken and almonds in a slightly sweetened tangy lemon sauce. I like any recipe that looks like it is simple to prepare but still offers big flavors, and this was clearly that. This chicken dish calls for easy to find bold ingredients like ginger, garlic, ground turmeric, lemon juice, and fresh mint. The chicken is braised, which means the meat won’t get dry, and it can easily be made in advance for entertaining, Shabbat and holidays. By slowly simmering all of the ingredients together you develop a slightly sweet and sour sauce with all those warm spices and aromatics.  This dish is simultaneously comforting and exciting. 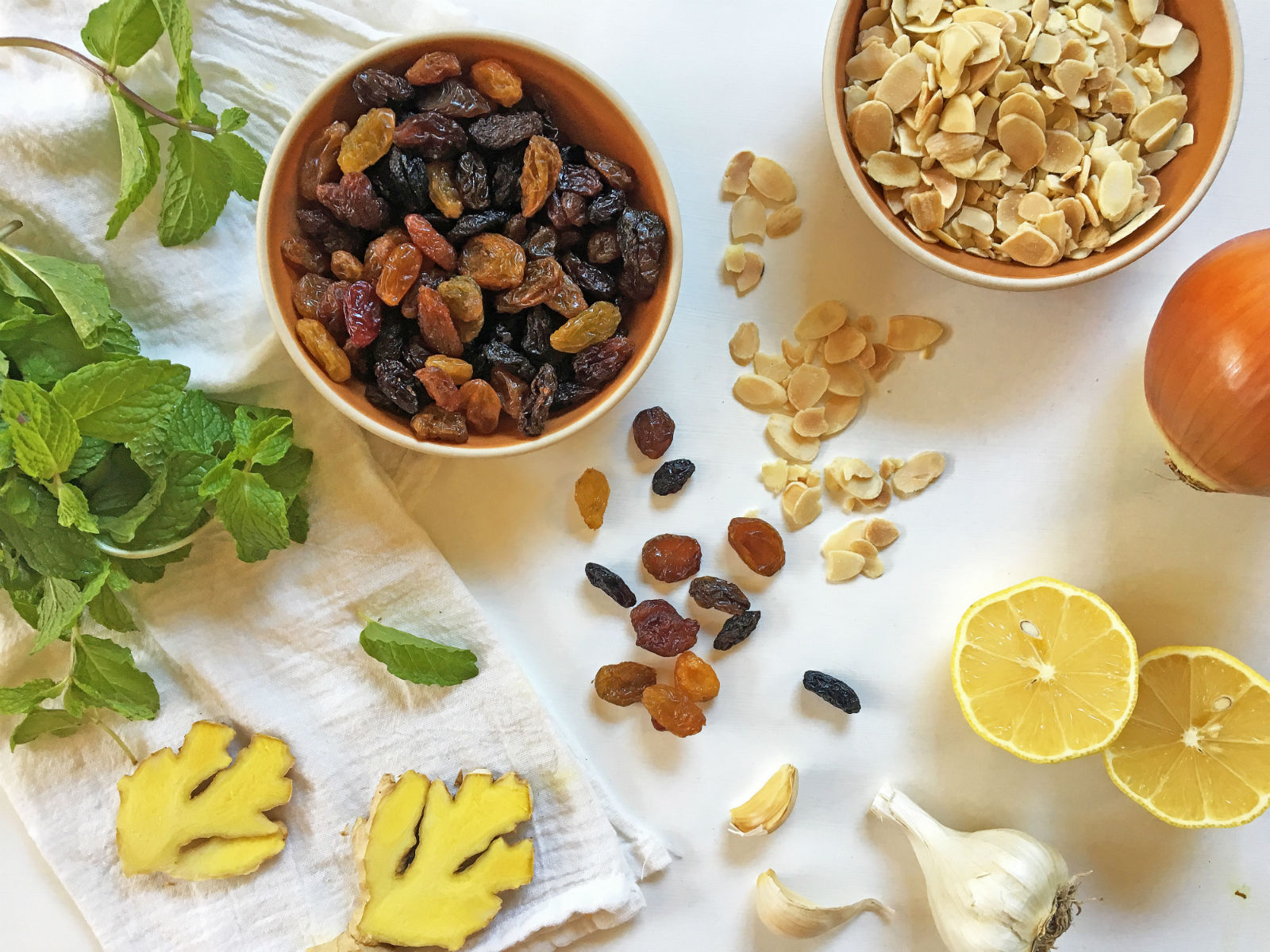