In my latest column for the Jerusalem Post, I re-examine Norman Podhoretz’s Making It, which will celebrate its 40th anniversary in 2007. Today, Podhoretz is known more as a political thinker (a founding member of the neo-conservative club), but he initially made his mark as a literary critic, in the (overwhelmingly Jewish) circles surrounding Commentary and Partisan Review.

There are so many reasons for me not to like Making It — Podhoretz’s politics and its self-congratulatory tone to name a couple — but every time I go back to it, I remember how much I love the book. Podhoretz evokes a lost Jewish/intellectual world that’s hard not to be amazed by. (I had forgotten, for example, his descriptions of attending the Jewish Theological Seminary while an undergraduate at Columbia. Interestingly, for all the intellectual firepower at JTS at the time, Podhoretz found the place pretty parochial.)

Also amazing is that much of the great intellectual work that Podhoretz describes was done in book reviews. I’ve blogged before about my issues with contemporary book criticism and re-reading Podhoretz’s thoughts on the genre reminded me how influenced I’ve probably been by the old-school ways.

A snippet from my column:

Today, most book reviews are glorified summaries with a thumbs-up or a thumbs-down attached. Back then, book reviews were a primary medium for intellectual advancement, something that was possible because the genre’s model was different.

Podhoretz describes the reviewing method of the “family” as an attempt “to relate aesthetic judgment… to some social or cultural or literary issue outside the book itself – the strengths and deficiencies of the work being assumed to mean something more than that the author was operating at the top of his bent here and nodding, as even Homer occasionally does, there.”

You can read the rest of the article here. 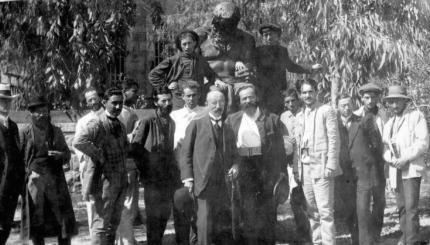