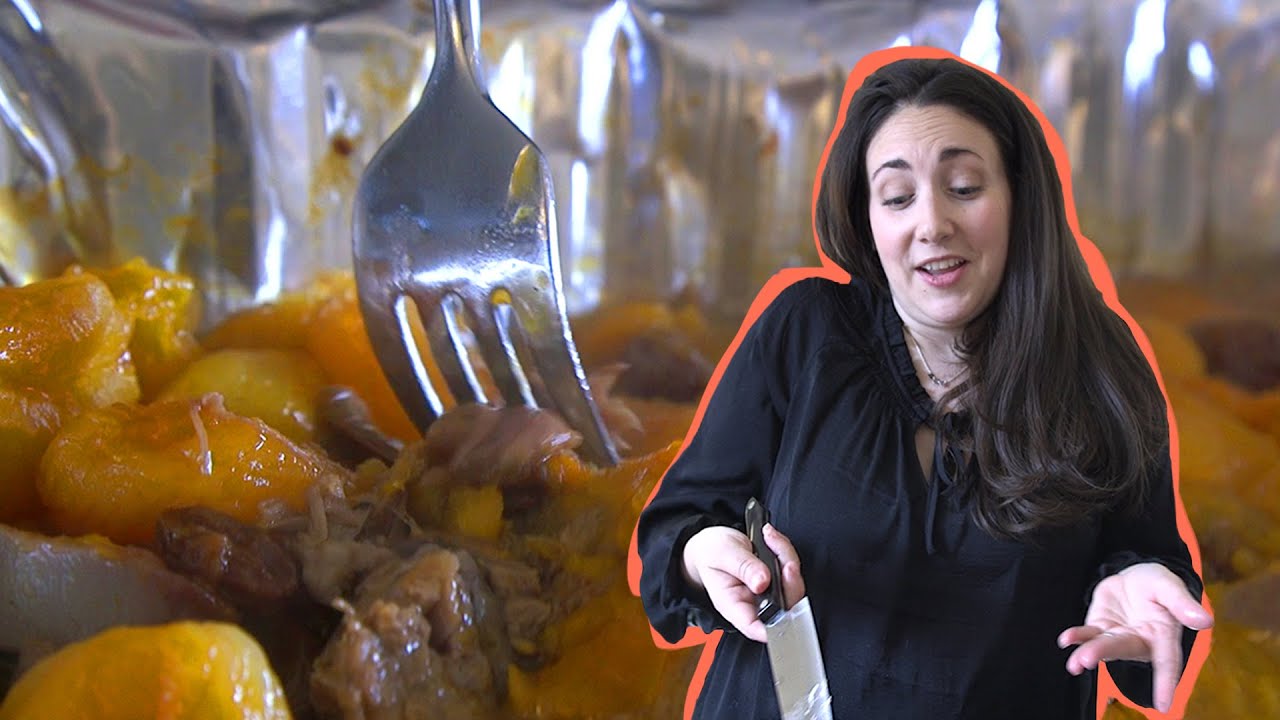 Tongue is Old-World Comfort Food, and We Tried It

In case you missed it, ugly delicious foods are all the rage. A recent article from the New York Times Style Magazine chronicles the rise of “dark cuisine,” a Chinese concept which they say “gleefully [undermines] the idea of conventionally beautiful (and therefore worthy) food.” Despite the prominence of Instagram, Pinterest, and other forms of social media that emphasize beautiful, colorful depictions of food, the idea behind dark cuisine or “ugly foods” is to prove that less aesthetically-appealing foods, many of which have deep ethnic roots, can be truly delicious.

Case in point: Last year on Netflix, Momofuku Chef David Chang launched a food series called Ugly Delicious which did a deep dive into foods Americans covet like fried chicken, tacos, and pizza. But the show also seeks to explore the history of these foods and how they have evolved from a variety of vantage points. Chang really wants to challenge viewers to see the “hidden value” of diverse foods and encourage openness around what is unknown or foreign. The show was inspired by Chang’s own Chinese-American upbringing, when his immigrant mother would cook traditional (i.e. often ugly, foreign) foods which could be at times a source of embarrassment, even though, of course, they are beloved and delicious. Ugly delicious.

This all got me thinking about traditional Jewish foods, which are rooted in peasant cooking: taking whatever’s available and turning it into something delicious. In both Ashkenazi and Mizrahi traditions, Jews adapted the food of their lands, their poverty, and the laws of kashrut into beloved, flavorful dishes. But for better or worse, many of these dishes are pretty ugly, therefore not very “Instagrammable” or visually appealing.

But that doesn’t make them any less special. So, we set out to round up the ugliest (and most delicious) Jewish foods we could find. Will they look great under that Instagram filter? Probably not. But your stomach will be none the wiser.

Did I miss your favorite ugly Jewish food? Comment below and let us know!

Cholent is a slow-cooked stew traditionally enjoyed for lunch on Shabbat made from barley, beans, and some kind of animal protein, usually a tougher, fatty cut of meat that takes a long time to cook and make tender. Hamin and dafina are also versions of slow-cooked Shabbat stew. These stews were created out of necessity — Jews took very few ingredients and made them into something hearty that could cook low and slow for 10-18 hours and be served warm for Shabbat lunch after synagogue. Every family has their own variation, which is one of the things that makes these stews so special. And while they may look like a hot brown mess, they’re absolutely hearty and delicious. 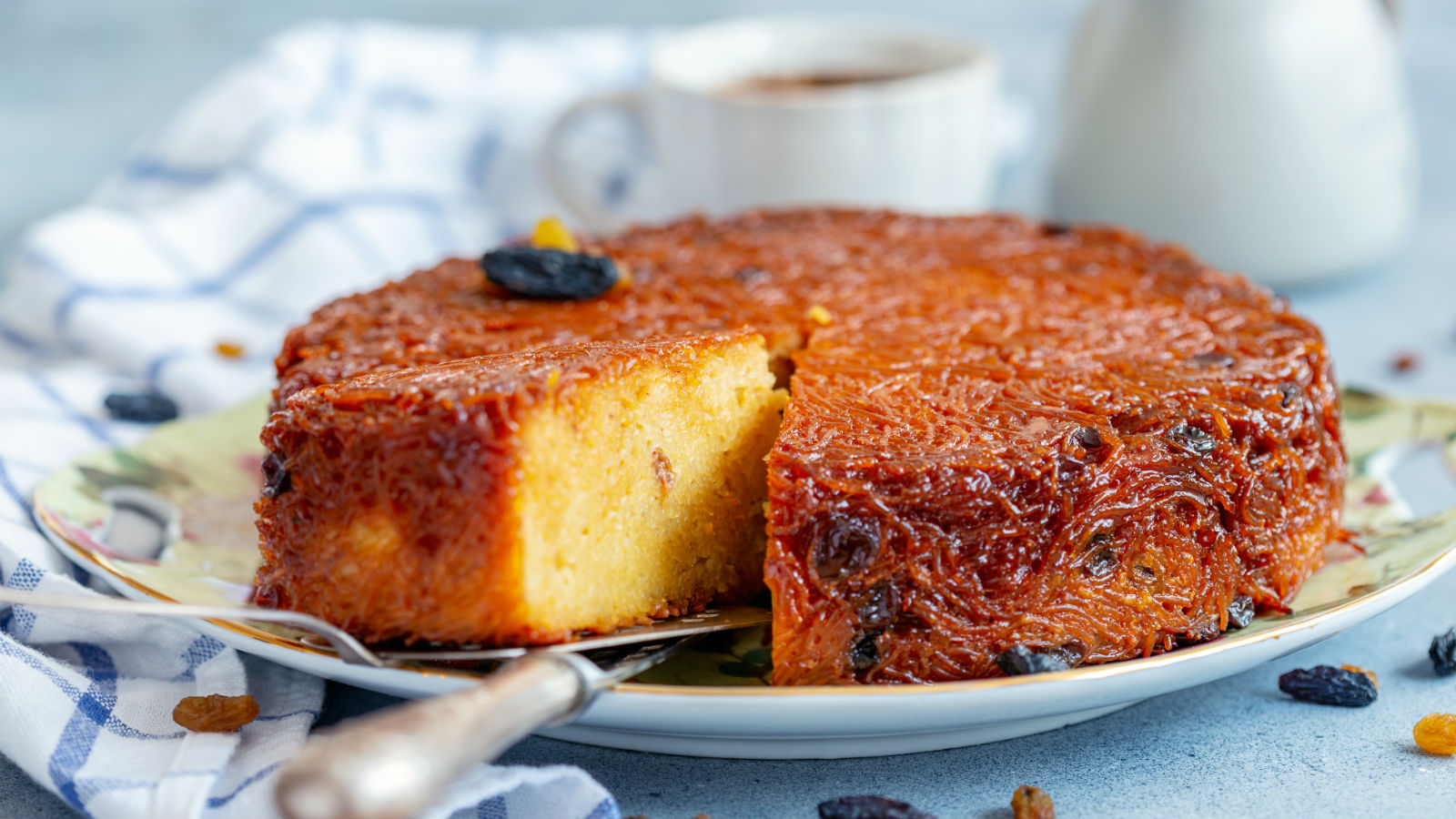 Oh kugel. So comforting and delicious. And yet so hideously ugly, especially potato kugel and Jerusalem kugel. These days you can find kugel in almost every variety: sweet noodle kugel studded with raisins or pineapple, thick, savory potato kugel, and even spaghetti squash kugel. Kugel is basically a casserole, made from vegetables, potatoes, or noodles and baked with lots of eggs, spices, and even cream cheese. As editor of the Nosher, I’ve seriously considered renting a studio to have an all-day kugel photoshoot in the hopes of getting something usable, but I’m just not sure what can be done. They are delicious, but they ain’t the prettiest.

Chicken fricassee is a beloved Ashkenazi Jewish dish made with meatballs, chicken parts, onions, and schmaltz. So basically a hodgepodge of meaty things all stewed together in the oven. It likes like a big brown mix of bones and meatballs, but it’s serious comfort food that you won’t stop craving. 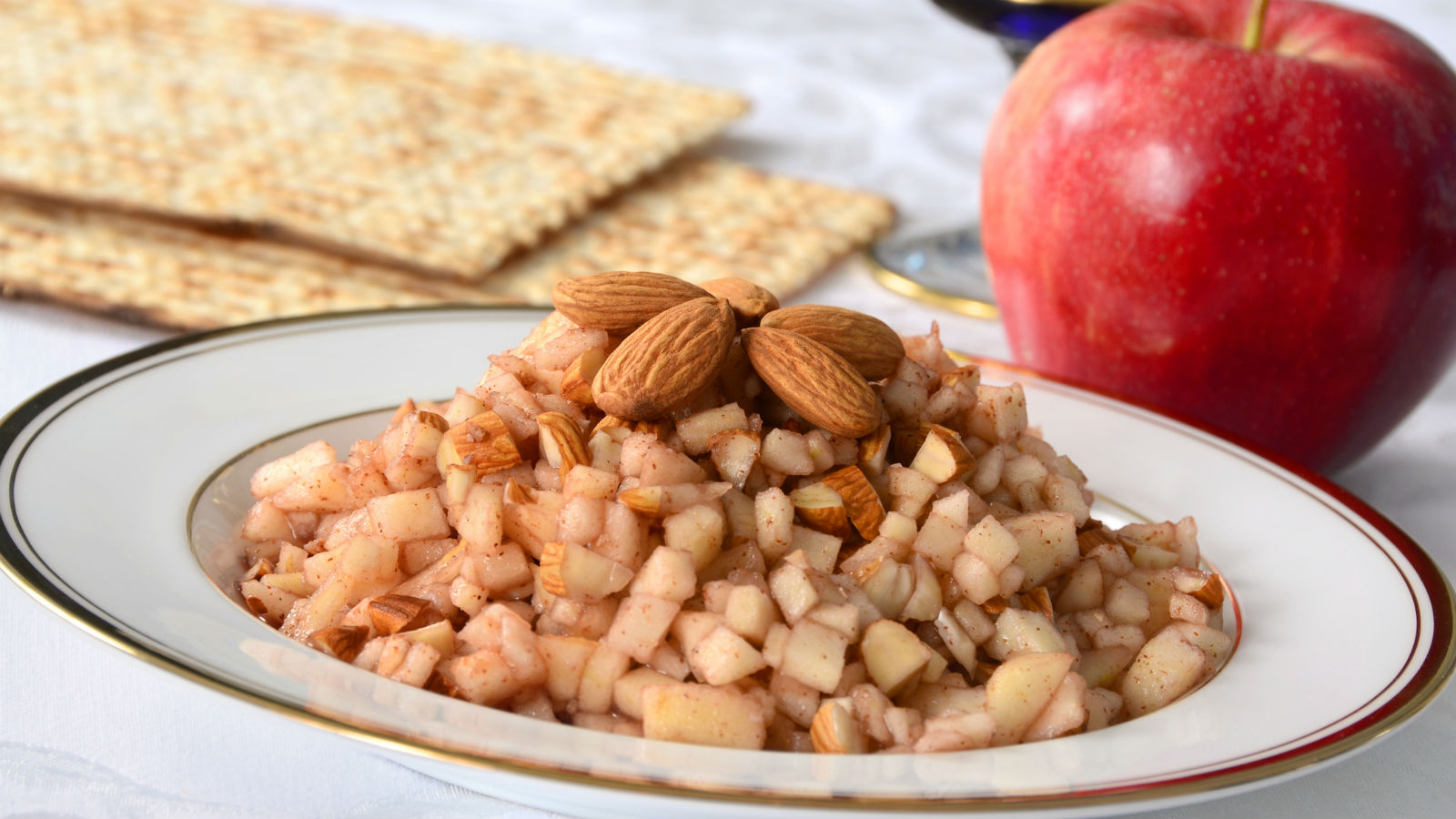 There’s no doubt haroset is delicious and a super crucial part of the Passover seder. It represents the mortar that Jews used as slaves in Egypt, and it’s traditionally made from apples and/or dates, dried fruit, sweet wine, and cinnamon or other spices. It can be on the chunkier side, or smooth like a paste. It also tends to look like a mound of brown mush. Ugly delicious (and ritually important!) at its best.

I absolutely love chopped liver — whether it’s smooth and creamy or chunky with lots of fried onions and chopped hard-boiled egg, it is the definition of Ashkenazi comfort food. Plus, liver is full of iron and other vitamins, so if you ignore its fatty-ness, you could make the case that it’s good for you, too. Of course, it does bear a bit of a resemblance to wet dog food. But don’t let that stop you from enjoying!

Baba ganoush and other roasted eggplant salads are a staple of Middle Eastern Jewish cooking. Eggplant are delicious, healthy, and versatile. Unfortunately, while baba ganoush is delicious, it definitely has the tendency to look akin to cat food. Thankfully its taste is a far cry (don’t ask how I know that). Making homemade baba ganoush is easy and perfect when paired with crackers, veggies, or some freshly baked pita bread. Close your eyes and enjoy!

Yes, cow’s tongue is a popular dish throughout Jewish cuisine. When you are poor, you use every part of the animal that you can. And tongue is surprisingly flavorful and tender when cooked properly. Braised tongue in a sweet sauce is a popular Ashkenazi dish. And it’s common to find thinly sliced tongue at most traditional Jewish delis in America. But it looks like, well, a tongue. Whatcha gonna do? 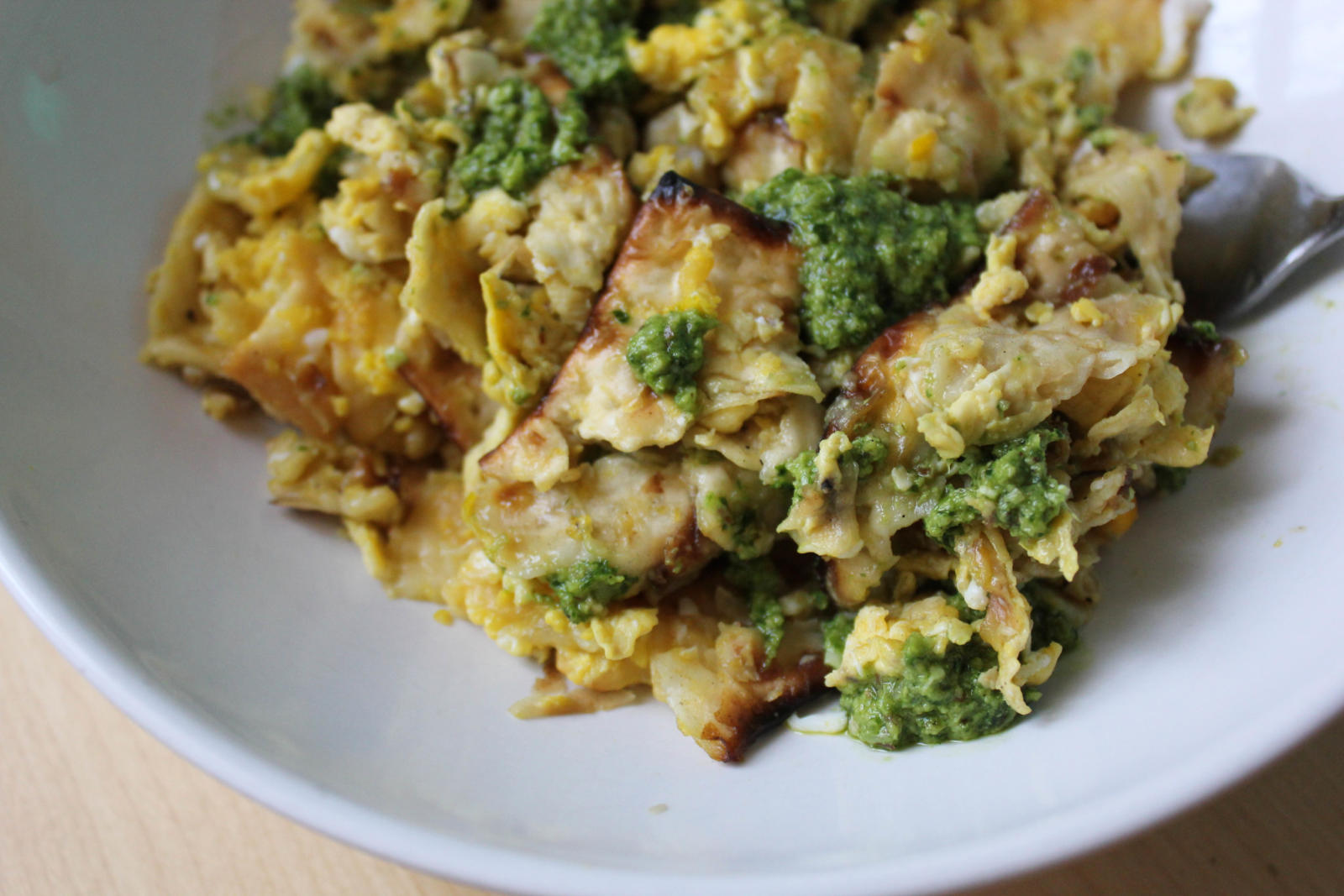 Matzah brei is simple, comforting, and truly beloved by so many Jews during Passover and beyond. You can serve it sweet with syrup and powdered sugar, or savory with salt, pepper, or any other toppings you like. It also, you guessed it, looks like beige mush, which may seem a bit unappetizing if you didn’t grow up eating it. Love matzah brei? Try these 11 different variations on the classic dish. 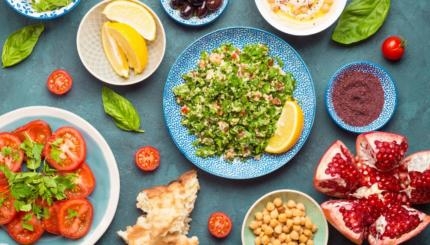 The Best Part of Israeli Food Is the Salads

We love the beautiful array of salads you find on any Israeli table. 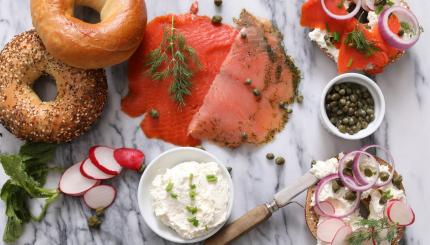 The Best Jewish Food for IBS

All the information, tips, and recipes you need to keep your stomach happy.