You know that old bumper sticker, “My bubbie’s kugel can beat up your bubbie’s kugel”? (The one in the minivan of my mind?) Well, it really shows how beloved and intensely devoted people are to their family’s kugel recipes.

Kugel, an Ashkenazi dish, seems to be ever-present at Jewish holidays and events. It can be sweet or savory, dairy or pareve, and of course have its individual tweaks, but kugel, at it’s heart, is just a baked casserole composed of a starch (typically noodles or potato), eggs, and a fat.

Pronounced either kuh-gull or koo-gull, this Yiddish name is the German word for “sphere,” and reflects kugel’s humble and very German origins. German Jews started adding a dough of mostly flour and water to the center of cholent and other long-cooking stews, and then later emulated their non-Jewish neighbors who steamed such bread dumplings in a round clay pot called a kugeltopf that was placed inside of the larger pot on top of the stew. 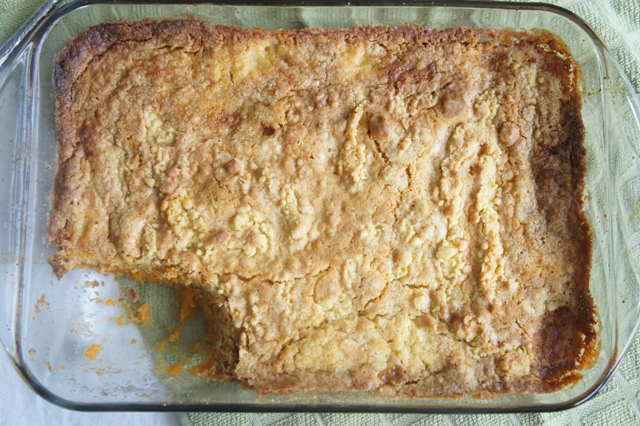 Today, kugels are typically baked alone in square or rectangular pans, and then cut into individual portions. The noodle version is frequently called a “noodle pudding,” which, again, is a reference to its steamed predecessors. Adding eggs, milk, and cheese creates a custard around the noodles and produces a deliciously decadent dish, albeit an immediate elevation in your cholesterol (and possibly confused frightened faces amongst non-Jews: sugary creamy noodles? for dinner?!). This sweet version may also have raisins, apple, or pineapple, depending on how one feels about hot fruit (another contentious point for some, Jews and non-Jews alike).

The savory version on the other hand, can be as simple as eggs, noodles or potato, oil, salt, and pepper. Potato kugels often have the addition of onion, and depending on how the potato is prepared, can either look like one big “pan-latke,” or more of a dense “potato cake” (I’m really trying to coin some new culinary terms here).

And finally, for those who simply can’t go a week without their kugel, the alternative of matzah kugel is popular on Passover and, of course, only moderately enjoyed (it is Passover after all). 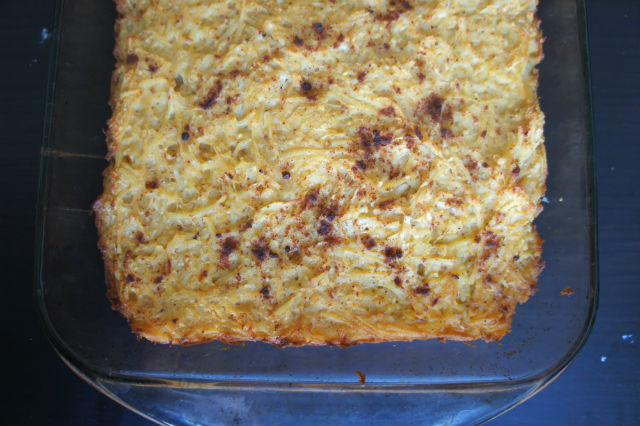 Some delicious kugel recipes to try: