Kugel is one of the ultimate Jewish comfort dishes. In noodle kugel, originating in Germany and Eastern Europe, egg noodles are baked with eggs, cinnamon and cottage cheese in a pan and served as a side. When Jews, and kugel, arrived in America, dairy noodle kugel was further adapted, some versions adding butter, sour cream, fruit and even corn flakes on top. For those who have never tasted it, I always describe it as a hybrid between a casserole and a sweet mac and cheese.

Of course kugels come in countless varieties: savory noodle, non-dairy noodle, potato and veggie-based. Kugel can be defined as a Jewish casserole, baked with eggs, spices and often served on Shabbat or holidays as a side dish. They freeze and re-heat well, typically.

I didn’t grow up with dairy noodle kugel, but I did grow up eating egg noodles with butter, cottage cheese, salt and copious amounts of black pepper; essentially Polish peasant food. My dad would often feed this to me for lunch, as his grandfather had fed it to him. I feed it to both my daughters, and it is truly everyone’s favorite comforting dish. My mother-in-law also grew up eating egg noodles with cottage cheese, and a friend of mine whose family is Polish Catholic was raised enjoying the same dish, hers made with sweet with a touch of sugar and fresh berries.

Kugel is often enjoyed after fasting on Yom Kippur or Tisha B’Av, for brunch or for other holiday celebrations. And here are seven different sweet kugels to serve, and devour, anytime you need a bite of some old-world Jewish comfort food.

5. Pumpkin Noodle Kugel from Tales of an Overtime Cook 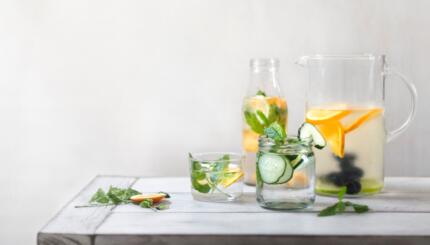 How to Hydrate for Yom Kippur (Other than Drinking Water)

Hint: You don't need to chug down liters of water an hour before. 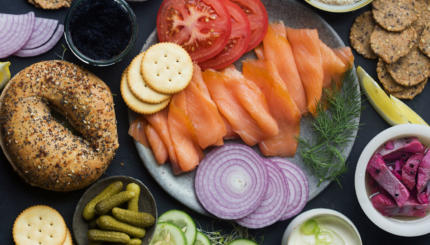 A stylish update on the classic break fast meal. 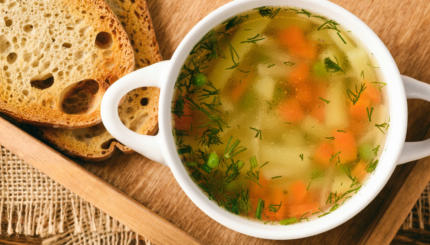 What to eat, and not eat, for a successful fasting experience.