What a year — delis opened, delis closed, we talked about rainbow bagels, and reviewed the history of pickles in America. And now it’s time to look ahead to what will be happening in JEWISH FOOD for the coming year.

For all of you who have scooped your bagel or who decided to go gluten-free for non-medical reasons, guess what: Facebook’s research on food trends confirms that bread is back and better than ever. Naturally-fermented breads like sourdough are considered good for your gut and overall health, especially those made with whole grains. “Food start-ups are innovating bread with processes like ‘slow carb baking,’ or slow natural fermenting, which creates breads with lower glycemic indexes (GI). In the process, they are also creating loaves with increased bioavailability of nutrients.” So you can go back to eating bread every day, just like Oprah, without any guilt. Make an extra challah, or even try making your own rye bread. 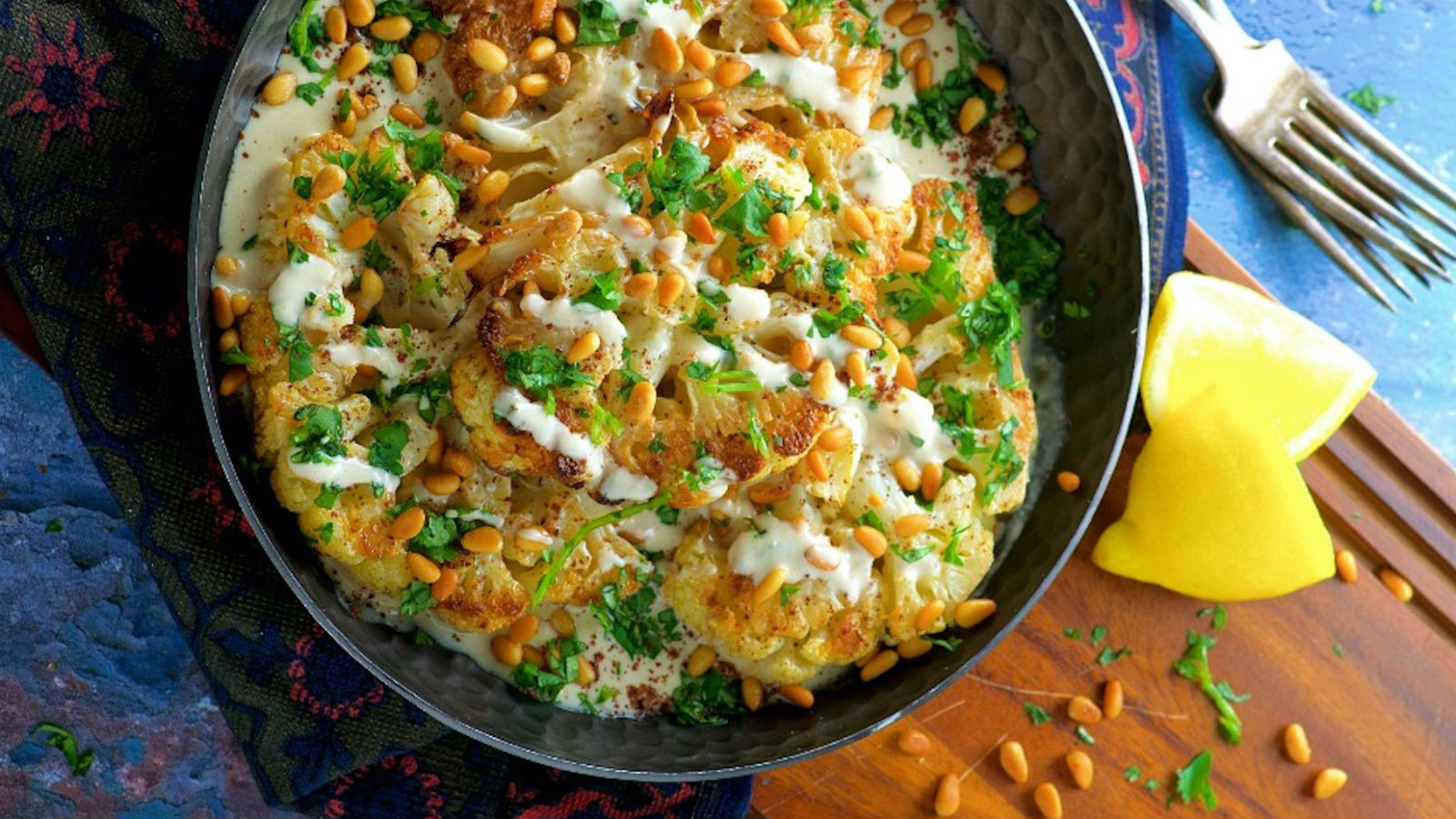 Yeah, we know tahini has been all over restaurant menus, infiltrating Pinterest and more widely appearing on supermarket shelves for years. But since we know tahini is a good fat and incredibly versatile for sweet and savory dishes, the reign of tahini is just beginning. Middle Eastern and Israeli cooking are also gaining wider and wider popularity in America, which means there is likely to be more roasted cauliflower with tahini and baked goods made with tahini appearing on restaurant menus and showing up at dinner parties. So make sure your pantry is stocked. Here is some more info on tahini. 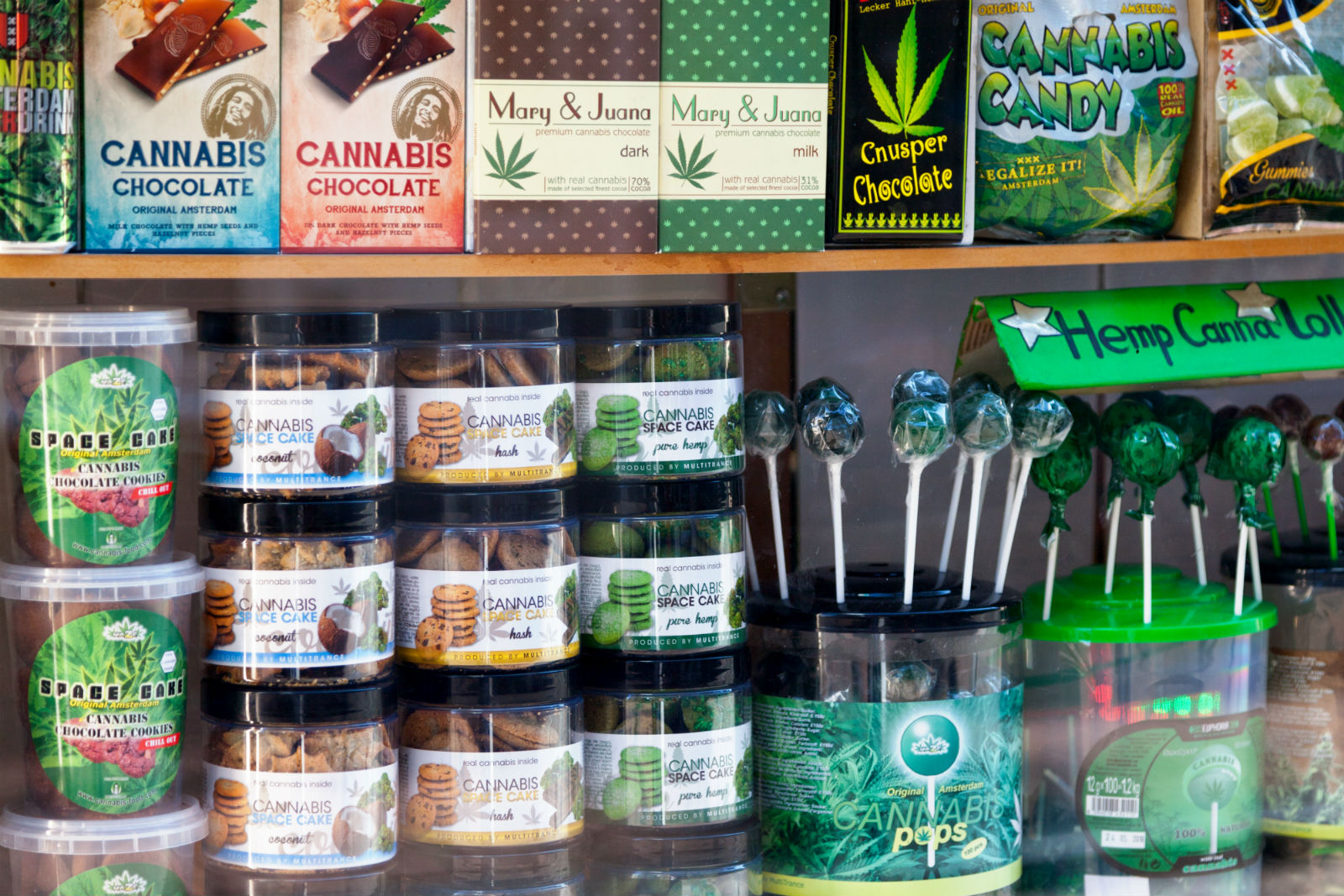 If you haven’t yet seen CBD marketed near you at stores or cafes, get ready, because you probably will. Cannabidiol (CBD) is a non-psychoactive substance that comes from hemp plants. So just to clarify, consuming CBD isn’t the same as eating a pot brownie. CBD won’t get you high, but is said to calm anxiety and nerves and even help you sleep. And since it’s gaining greater popularity (the coffee joint downstairs from our office carries it, for example), we predict it will be showing up in a wider variety of foods and stores including Jewish foods. But it’s not just CBD that is making its way into foods and coffee shops. The Israeli ice cream company Vaniglia served up cannabis-flavored ice cream this past year. And ICYMI, Joan Nathan was featured on Viceland making “weed-infused matzah balls.”

Whether it’s for health reasons, ideological reasons, or kosher reasons, faux meat has been on the rise and is sure to gain even further visibility and popularity in 2019. In 2018 the Impossible Burger made a splash among vegetarians and kosher keepers alike, since it is considered to taste more “like meat” than other veggie burgers and even bleeds like real meat. Several kosher restaurants began carrying it in 2018 and many more are likely to add it to menus in the coming year. Jackfruit has also gained popularity as a plant-based alternative to pulled pork or brisket. Whole Foods predictions for 2019 included fake meat snacks, saying, “Plant-based foods will continue to surprise and inspire — this year taking on the meat-based snacking world of jerkies and pork rinds you may associate with the corner store and road trips.” Bring on the tofu jerky, we are ready.

Pierogies and Other Global Comfort Foods

Facebook’s research says that comfort foods are on the rise, and when the hipsters of Brooklyn embrace a cuisine, we know it’s about to get expensive and trendy. At DeKalb market in Brooklyn, the Pierogi Boys are serving up classic, hand-made pierogies, cucumber salad, and borscht at their hip stall. This past fall The Gefilteria teamed up with Polish Chef Ewa Malika Szyc-Juchnowicz and the Polish Cultural Institute New York to host a Polish food-focused pop-up restaurant. And in the last year, fast-casual Teremok, aka the “McDonalds of Russia” opened several locations in the U.S. Teremok has since closed its NYC outpost, but I haven’t given up on the hope of pierogies making a splash in 2019. Make your own pastrami pierogies with this recipe. 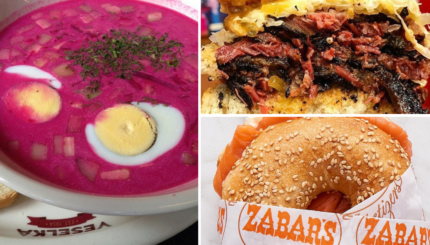 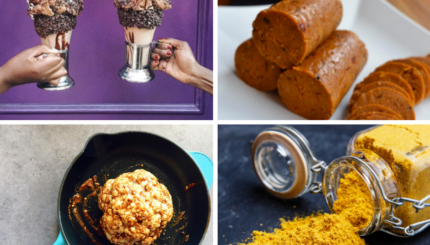