The first memories of a Jewish deli I have are from Ben’s Best Deli in Rego Park, Queens, which has been around for 73 years in the same location. My Great Aunt Harriet lives close by in uber-Jewish Forest Hills and my dad needed his Ben’s fix each time we would visit my aunt. The order was always the same: He ordered chopped liver and tongue on rye bread with a Dr. Brown’s Cel Ray soda. I would get pastrami on rye or a heaping bowl of matzah ball soup with a Dr. Brown’s black cherry soda.

But this month, owner Jay Parker, who has been running this family business for the past 40 years, is closing its doors, citing a number of reasons, including the fact that a bike lane has greatly reduced parking (which I can confirm; my father tried to visit just this past week, but got discouraged when he couldn’t find any parking nearby).

Ben’s Delis is hardly the first old-school deli to have to close its doors due to shifting community demographics and financial challenges: Carnegie Deli in NYC closed its Manhattan location in 2016 and the number of delis has dwindled from 1,500 in the 1930s at its height to less than 20 in New York City currently.

Meanwhile, the next generation is opening new delis from coast to coast, with some updated cooking techniques and ingredients while trying to stay true to the deli of their grandparents’ and great-grandparents’ generation.

Watch below to learn more about Ben’s Best Deli and try to stop by for one of their famous hot dogs or bowls of matzah ball soup before they officially close their doors. 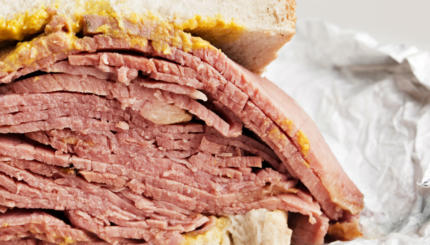 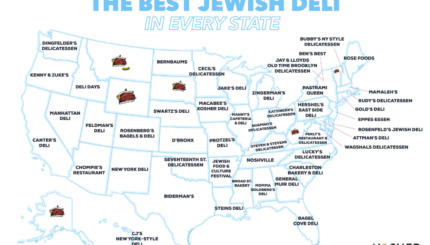