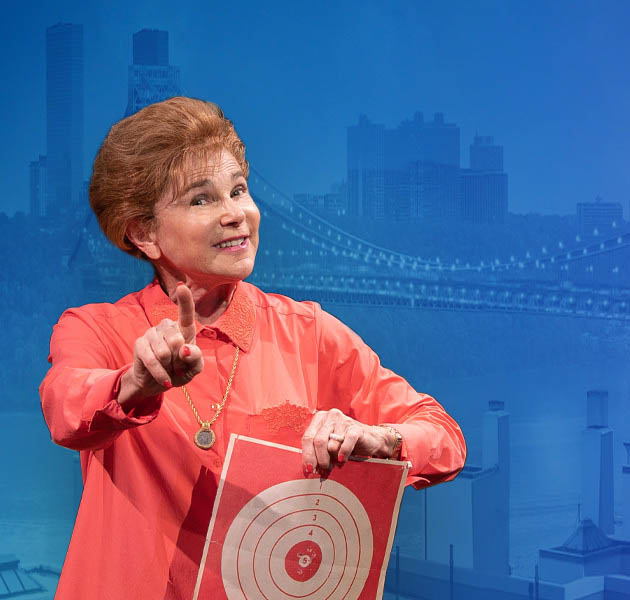 Streaming for Becoming Dr. Ruth will be available on Monday, June 6th at sundown ET – Sunday, June 12 at 11:59 PM ET. The viewing link will be emailed to you upon purchase; once you begin, you’ll have 72 hours to finish watching.

Directed by Bay Street Theater’s Artistic Director Scott Schwartz, Becoming Dr. Ruth chronicles the life of noted psychologist Dr. Ruth Westheimer, from her early years fleeing Nazi Germany, living as an orphan in Switzerland, to her service in the Israeli armed forces as a sharpshooter, and her later life and career in New York. Becoming Dr. Ruth is a humorous and heartfelt portrait detailing Dr. Ruth’s remarkable journey against so many odds to become a pioneer in the psychology of human sexuality and the world’s most famous sex therapist.

Get The Streaming Link
Add to
+ Google Calendar+ iCal Export