How Not To Change The World: Gal Beckerman in Conversation with Michelle Goldberg 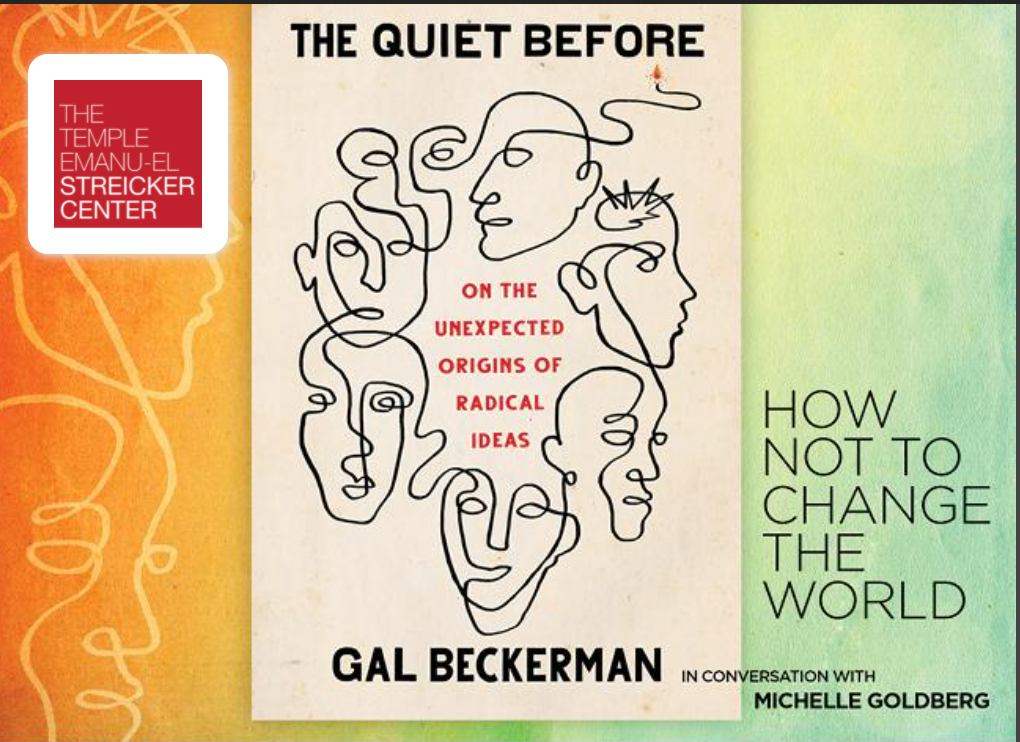 Ten years ago, as frenzied Egyptians poured into Cairo’s Tahrir Square by the thousands, the potential of social media to spark change mesmerized the world. Millions of people breathlessly awaited the sweeping global realignment that would be ushered in by the Facebook Revolution and the Twitter Uprising. Yet just a decade later, such hopes have ebbed – if not evaporated – with the growing realization of social media’s power to divide rather than unify, to spread disinformation as well as the truth.
In his new book, The Quiet Before, Gal Beckerman argues compellingly that the potential of social media to serve as a transformational force has been dramatically overstated, that radical change takes shape not in demonstrations or postings but in the secluded corners and whispered discussions where ideas incubate.
He joins us to provide a breathtaking tour across time and space – from the scientific revolution to the suffragist movement and the Soviet samizdat underground – to bolster his warning that radical ideas demand the media of patience and focus, A writer and editor at The New York Times Book Review, Gal Beckerman is the author of the When They Come for Us, We’ll Be Gone, winner of the National Jewish Book Award, named a best book of the year by The New Yorker and The Washington Post. In conversation with The New York Times columnist Michelle Goldberg.