Homes of the Past: The Story of a Lost Museum 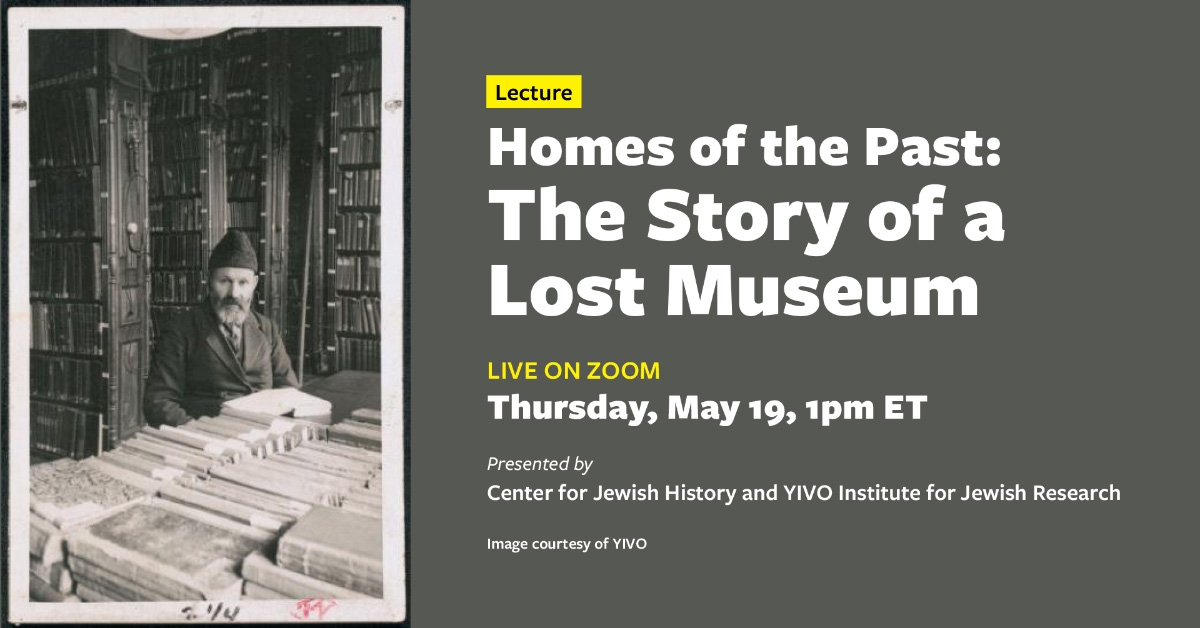 In the midst of World War II, a small group of scholars who had gathered at the YIVO Institute’s New York headquarters announced plans to create a “Museum of the Homes of the Past,” which would present to American visitors the richness of East European Jewish life. But after spending more than two years collecting hundreds of items for the museum, the project was abandoned. Why did YIVO set out to create this museum? What was the vision for its displays? Why was this project never realized? And what can we learn from this episode, largely forgotten, which took place at a momentous turning point in Jewish history? Join Center for Jewish History 2021-22 NEH Scholar in Residence Jeffrey Shandler (Rutgers University) in conversation with Kalman Weiser (York University) to address these questions and more.

The five candidates for the $100,000 Sami Rohr Prize for Jewish Literature have been announced. This year’s award is for ...