Reprinted with permission from an open cuboard.

Back in Russia and Poland, Jews would prepare cheese kreplach served with fried onions or a dusting of sugar, sometimes sour cream or perhaps a bit of jam. The name, size and shape of the dumplings might vary depending on the region. I’ve prepared mine with a filling of goat cheese and za’atar, putting a Mediterranean twist on the Eastern European dish. As for toppings, I’ve used fried onions, leftover goat cheese instead of sour cream and plum jam. Yes, all three. The combination of flavors works surprisingly well.Other traditional ways to serve kreplach include frying them with onions, or boiling them and then serving them in soup. Kreplach can be stuffed with potatoes, beef, or chicken liver. You could alternatively make a sort of kreplach lasagne, layering sheets of fresh pasta with filling and toppings.

salt and white pepper to taste

1 Tablespoon za’atar or other herb such as dill, parsley, chives, oregano

good plum jam (should be a little loose)

Preparing the filling:
In a large bowl, crumble in the cheese. Add the za’atar or other herb.

Season to taste with salt and white pepper. Taste and correct seasoning. Add a beaten egg and stir to combine.

Making the dough:
On a large, clean flat surface (a wooden table would be good), make a hill of flour. Form a well in the center of the hill.

Beat the eggs lightly and pour them into the well. Begin mixing the flour into the eggs with a fork.

At some point, you’ll want to use your hands to mix the egg and flour. If the mixture appears dry, add a little lukewarm water (1 or 2 tablespoons). My dough was moist with just the egg.

Knead the dough well, then let sit covered with a bowl or plastic wrap for 30 minutes.

Rolling the dough:
Separate the dough into two parts, leaving one portion under the bowl. Take the other half and begin to flatten and stretch it a bit with your hands.

Roll until you can’t roll anymore, and then roll a bit more. You want to get your dough as thin and smooth as possible. Remember, the pasta will absorb water and expand when cooked. Feel the thickness of your dough and try to imagine what it might taste like when cooked. If it tastes like a mouthful of dough, you need to keep rolling.

When finished rolling, you might want to sprinkle a little water on the dough if it looks a bit dry.

Cutting the dough:
Use a glass with a 3 inch diameter to cut circles of dough. Use a dull knife to help cut the dough if necessary. Try to minimize the space between each circle of dough so as to avoid excess scrap dough.

When finished cutting the circles, collect the scraps and mush them into a ball. Place the ball under the bowl of resting dough.

Filling and shaping the dumplings:
With a barely damp pastry brush, brush one circle with a little water, mostly around the edges.

Place about a teaspoon of filling in the center of the circle.

You can stop here, or you can continue folding the edges tortellini style. To do this:
o Brush a little water on one tip of the semi-circle.
o Then gently wrap the tips over your forefinger, the wet tip under the dry one.
o Use your thumb to squeeze the tips against your forefinger, sealing them together.
o Remove your forefinger, and gently squish the tips the other way (vertically).

Place the dumpling on a lightly floured plate. (I used two plates for my dumplings, simply to avoid the hassle of stacking them on top of each other, in case they stuck.)

Repeat for the remaining dough circles.

Take out the second piece of dough and follow the rolling, cutting, filling and shaping instructions. You can ball up and roll out the scraps too, or slice them into jagged, randomly shaped noodles. These can be cooked briefly before boiling the kreplach. Drain and slather with butter for snacking on while the kreplach cook.

Cooking the dumplings:
In a large skillet, melt some butter and fry the chopped onions on a medium to low flame until golden brown.

Boil heavily salted water for the dumplings. When the water is boiling gently, tip the plates of dumplings into the pot.

Agitate the pot lightly so that the dumplings don’t stick to the bottom of the pot. Cook until the kreplach float to the top.

Remove the kreplach with a slotted spoon, draining the water. 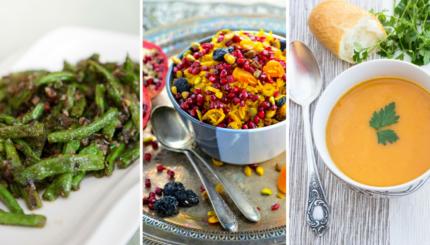 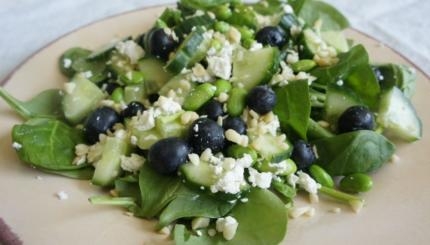 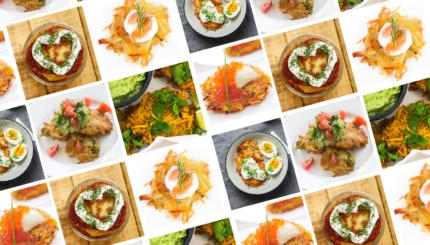