One of the central ethical injunctions of the Torah is not to wrong or oppress the stranger, for we were strangers in the land of Egypt (Exodus 22:20). “…You know the feelings of the stranger,” says Exodus 23:9, “for you were strangers yourselves.” This repeated admonition represents a profound moral challenge that also lies at the heart of the Passover seder: we are called on to imagine and create a society in which we use our own past experiences of abuse as a compass for doing  justice rather than reproducing patterns of domination and subordination.

Interestingly, the wording of these verses in the Torah reflects a moment when the people of Israel have crossed over the line between slavery and freedom. You were strangers in the land of Egypt, but now you are a free people. Throughout the seder, we praise God for bringing us across this border—from slavery to freedom and bondage to redemption.

And yet we are never allowed to forget the experience of slavery at our roots. The text of the haggadah captures the doubleness of the Jewish situation—both redeemed and yet not free to leave slavery behind—in an especially complex and subtle way. As we begin to tell the story of the Exodus, we say, “This year we are slaves. Next year, may we all be free,” and as we close the seder, we say, “Next year in Jerusalem,” acknowledging that our redemption is not yet complete.

We could forget the past; indeed, maybe we would much prefer to bury the past, but we are forbidden to forget it lest we fail to implement its lessons. Unless we truly know ourselves as oppressed, the haggadah seems to say, we will not be able to regard ourselves as though we personally had gone forth from Egypt and therefore will not feel the necessity of opening our doors wide to all who are still oppressed and hungry today.

The great power and difficulty of the charge to remember that we were strangers even when we live in freedom becomes clear when we consider the countless ways in which individuals and nations fail in this obligation. The prophets’ railings against injustice make clear that even the near descendants of the ragtag group of slaves liberated from Egypt were no sooner firmly established in their own land than they began to oppress the weak and the powerless among them.

This tendency repeats itself worldwide and throughout history. Again and again, members of subjugated groups have thrown off oppressive regimes only to establish equally despotic governments in their place. Some American children and grandchildren of immigrants oppose immigration on the grounds that it takes away jobs from citizens and weakens the identity of the nation. Some Israelis cannot make the imaginative leap from their own longing for a land to that of the Palestinians. Some black churches that work for equal rights for the black community exclude women from the ministry or oppose the rights of gays, as did most synagogues until relatively recently.

It seems as if, rather than serving as a bridge to other outsiders, a history of oppression is often invoked as a form of moral absolution that justifies any sort of behavior toward the other. The formerly oppressed want their turn at domination; or they have forgotten their own past experiences; or they simply do not see the parallels.

Yet the experience of being a stranger can also serve as a source of moral wisdom and solidarity as well as a basis for claims to inclusion on the part of the oppressed. The disproportionate involvement of Jews in the Civil Rights Movement of the 1960s was fueled by the Jewish experience of marginality and the sense that Jews and blacks shared a common desire to make real the promises of the Constitution. Part of the ethical power of early Jewish feminism lay in its demand that Jewish men, who themselves were excluded from schools with quotas and neighborhoods with housing covenants, identify with the plight of marginalized Jewish women.

Today, beyond these unfinished revolutions, there are many issues that call for our empathy, attention and action. Slavery is still a terrible reality in many parts of the world. Millions of people are undernourished or go to bed hungry every night. Over a billion people in the Global South have no access to clean drinking water. There is much that we can do as Jews and Americans to work against these injustices and toward a more equal distribution of the earth’s resources.

Pesach comes as a yearly reminder, then, of what we often choose to forget: we were strangers in the land of Egypt, and our memory of that fact comes with obligations. We were and continue to be strangers, and simultaneously, we are strangers no longer. How do we use both our experiences of oppression and our experiences of freedom and privilege so that we do not wrong or oppress the stranger without or within? This is the ethical challenge with which Pesach confronts us. 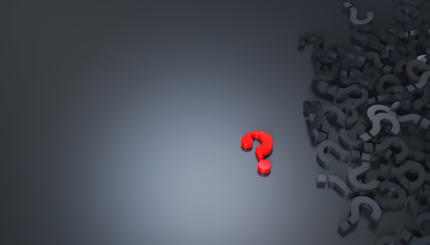 On a night built around inquiry, there's one question that is never posed at the Passover seder.