Growing up in a very Reform household, I was never completely comfortable at the prospect of being called to the bima for an honor.

Until I attended Mass. Most every Sunday, for more than a year.

The reason wasn’t religious, but journalistic; as part of the Boston Herald’s “God Squad” a dozen years ago, covering the Catholic Church sexual abuse scandal. I was initially hesitant, not wanting to encroach on the sacred space of the then-archbishop, Bernard Cardinal Law, regardless of his misdeeds. But I soon became familiar with the liturgy, including parts that might yield news—such as when he failed to annunciate “the victims of clergy sexual abuse” among those for whom he offered intentions.

I established my own rhythm for the flow of the service, determining when appropriate to sit or stand (but never kneeling.) One instance was comical: Law had just said something interesting before the Eucharistic Prayer and I hurriedly completed my notes while sitting, then jumped up. The press gallery, by that point used to following my lead, all rose with me.

And then there was the time when a TV reporter who shared my first name took the pew next to me. We were two Robins watching a cardinal.

Most extraordinary was the Sunday that Law departed from what I would presume to be Catholic orthodoxy to articulate a very familiar passage: That for transgressions against God, the gates of repentance are always open, but for sins against your fellow human, you must seek forgiveness from that person.

Huh? I thought—that’s straight out of the High Holiday prayer book, and not quite consistent with the concept of priestly confession.

Abuse victims who regularly protested outside the cathedral heard word of it too, some immediately getting in line to be served the Eucharist by Law. “Forgive me,” he said as he recognized each.

It was a moving moment, though not enough to undo the years of pain and trauma, nor keep it from continuing throughout the church today.

If Law had gone rogue religiously, it wasn’t the only time the service went off-script. I noticed minor differences on occasion, including once when chimes didn’t sound as the wafer was broken.

“Does that mean transubstantiation didn’t occur?” I asked a priest friend afterward, not at all in jest or meant to insult.

“It’s just for show,” he said with a wink—referring to the chimes, I assume, not the transformation.

In that spirit I began to notice we too made mistakes in shul. Despite being in one of the colder places on Earth, Duluth’s Temple Israel is the warmest I’ve ever been a part of, and its small congregation is quite willing to inform the rabbi—lovingly so—if he’s on the wrong page, or if the gabbai has passed someone by.

So it’s easy to stand on the bima now, knowing any worship is anything but perfect. What matters is not how beautifully you say words or prayers, but how real you make them in the rest of your life; through actions to repair the world, for love and peace, justice and life.

My honor this year is calling the shofar sounds, and I’ll be thinking of those aspirations as I say tekiah, shevarim, teruah, tekiah gedolah, even if there are other, more accurate interpretations.

I’ll try to pronounce them right. But if not, it’s no cardinal sin. 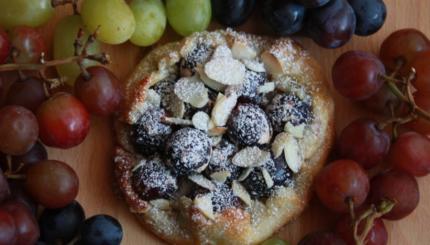 Apples and honey around the High Holidays are certainly not the only ways to ensure a sweet new year. 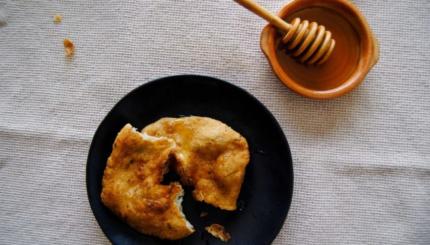 The pursuit of proper kavanah, the Hebrew term for directed attention, has long concerned Jewish thinkers.