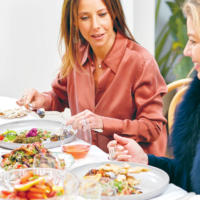 Amanda Ruben is the founder and owner of Miss Ruben, a New York-inspired deli and cafe in Ripponlea, in the heart of Melbourne’s Jewish community. The daughter of Jewish parents and a journalist by trade, Amanda grew up in the various kitchens of her entrepreneurial mother, Tamara, who ran a series of food businesses in Melbourne. After switching careers, Amanda opened two food stores in partnership with her mother. Named after Amanda’s two children, Cooper & Milla’s offered amazing salads, cakes and simple food based around the best seasonal produce. Miss Ruben has continued this theme, with a greater emphasis on catering and take-home food that subtly pays homage to the Jewish heritage of the area. Amanda lives in Melbourne with her husband, Mark Gardy, and two children. 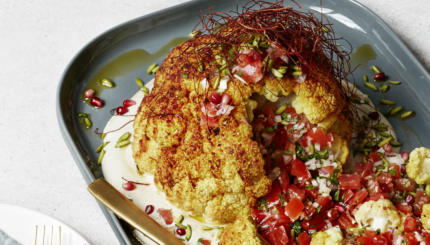 This delicious vegetarian dish is almost too beautiful to eat. 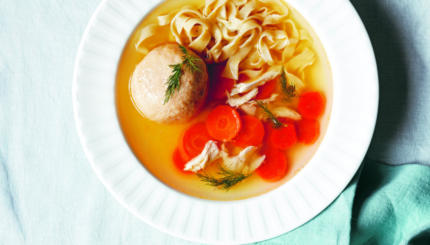