The Talmud uses an expression to explain why women are legally obligated to light Hanukkah candles when they are often exempt in Jewish law from other time-bound commandments: “They [women] were also in the miracle.” Many Talmudic commentators explain that since women were saved by the military defeat of the Syrio-Greeks, they have to ritualize that salvation throughout history by lighting candles every night of Hanukkah. Other commentaries take it a step further. Women also brought about the miracles of Hanukkah by contributing directly to the military victory. What does this mean?

Legend has it that Judith, a young widow who lived at the time of the Maccabees in a town called Bethulia, entered an enemy camp to save her town and prevent the impending siege of Jerusalem. She charmed an army general name Holofernes, who made a large and impressive feast in her honor. When Holofernes was full and very drunk, Judith cut off his head. Hardly the holiday images of dreidels and latkes, Judith’s daring act created a legal reality. Women who light Hanukkah candles do so to re-live her courage.

This famous and gruesome scene has been painted again and again throughout history to depict female strength and revenge. But Judith lives not only on canvas; she has her own book in the Apocrypha, texts as old as the Bible that were never included in the Hebrew Bible as we know it today. The above quote is from the book of Judith.

Just as Judith’s act reminds us of Yael’s killing of enemy general Sisera in the book of Judges (that’s the gentle story where Yael put a tent peg through his head), her celebration of victory reminds us of Miriam’s timbrels after crossing the Reed Sea. We read all about the relief of victory in her book:

Then Judith took olive branches and distributed them among the women who were with her, and they made wreaths for their heads…and she led the women in dancing, and all the men of Israel, with their swords at their sides and adorned with wreaths, followed them in festive procession with songs and praises.

The military edge of these texts challenges the image of what we expect warriors to look like. And just like the Hanukkah story generally, the message of these texts is that it’s not always the likely candidates who save the day. Sometimes salvation comes when you least expect it from those who are least likely to deliver it. And that’s worth dancing about and also worth remembering and ritualizing for posterity.

But Judith’s contribution is not limited to her bravery. It is also a function of her piety. In the book of Judith, we find her at prayer before she shows up at Holofernes’ tent. She meditates on the ravages of war, specifically about the costs of war to innocent women. She also reflects on the nature of God’s work, which brings us to the quote above. God, with divine and infinite wisdom, understands the context of all things: why they happen and when and what the consequences of all actions are. Within this framework she makes a request: “Give into my widow’s hand the strength that I plot.” In other words, she says, “Give me the ability to carry out what I know I must do.” 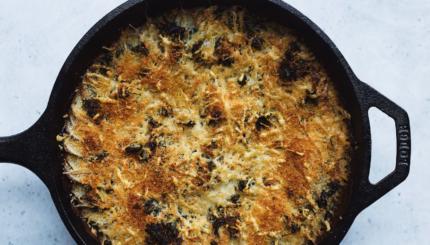