Is Shavuot the Jewish Pentecost?

“Shavuot” literally means “weeks.” That is because Shavuot is celebrated seven weeks—a week of weeks!—after the first barley harvest. Here’s the injunction in the Torah:

You shall count off seven weeks; start to count the seven weeks when the sickle is first put to the standing grain. Then you shall observe the Feast of Weeks for the LORD your God, offering your freewill contribution according as the LORD your God has blessed you. (Deuteronomy 16:9-10)

Later, the holiday was also connected to the giving of the Torah on Mount Sinai, following the exodus from Egypt. So, the date was fixed as seven weeks from the second night of Passover, or the 6th of Sivan. Jews ritually count these 49 days, called the Omer (which literally means “sheaf”—referring to the barley harvest), from Passover to Shavuot.

Finding Meaning in the Omer

A time to prepare for receiving the Torah. 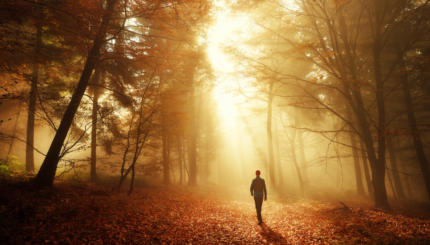 The Omer as Prayer

The 49-day period between Passover and Shavuot has long been viewed as a time of great spiritual potential.